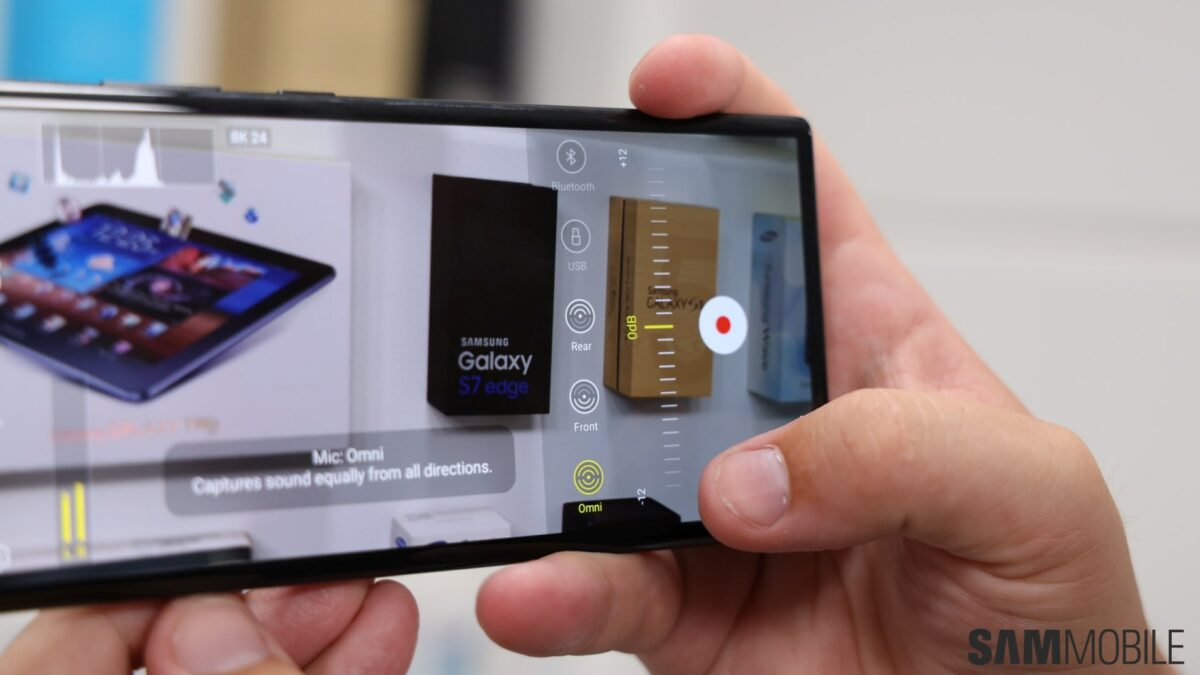 Samsung introduced the Galaxy Note 20 series to the world today and the company took us on a virtual journey of understanding what went behind the scenes when developing the new flagship phone series. In one of its Note 20-centric presentations, Samsung discussed more about its efforts in the camera department, the areas in which the camera experience was improved, and why.

With the Galaxy Note 20 series, Samsung has apparently focused most of its energy on improving the video recording experience. The company saw a steep rise in the number of users who have turned to video in recent months, especially now that people exercise social distancing in the COVID-19 era. There are more vloggers than ever before, and an increasing number of video content creators are using smartphones as their main recording devices.

Samsung took these observations to heart and pushed video recording on the Galaxy Note 20 to new heights. The company has done this largely by improving Pro Video Mode.

Directional audio adjustment is one of the bigger audio improvements added to Pro Video Mode with the Galaxy Note 20. This new feature allows users to switch between three microphones and capture sounds from one of three different directions when shooting videos. And to help with audio level consistency, Pro Video Mode now has a real-time audio input level monitor for on-the-fly audio level adjustments.

In addition, when using the Bluetooth mic mode on the Galaxy Note 20 while recording videos, Galaxy Buds Live owners can use one of the earbuds as a pin microphone. Sarah Ahn from Samsung Visual Strategy Group revealed that bringing this Bluetooth mic mode improvement to the Galaxy Note 20 series required a deeper collaboration between various departments such as System R&D for Bluetooth and the framework and audio R&D teams.

In the imaging department, the Galaxy Note 20’s new Pro Video Mode aims to bring powerful new tools in the hands of every customer. 8K video recording at 24 frames per second is now possible, and Pro Video Mode even got a 120fps video recording mode to match the new 120Hz display. Shooting videos at 120fps brings about new video editing opportunities such as controlling the playback speed of a video without resulting in a choppy framerate.

Also worthy of note is the new zoom slider that’s been added to the Pro Video Mode viewfinder. It offers more granular control over zoom speeds while recording videos and gives users even more freedom to express their creativity.

Samsung improved other aspects of the Galaxy Note 20 camera experience beyond Pro Video Mode, and Single Take has also been enhanced as a result. This function is now smarter thanks to AI and includes a new Color Picking Portrait function that can create studio-like portrait shots.

All in all, Pro Video Mode has seemingly been pushed in the right direction by Samsung and we’re very eager to try these enhancements ourselves on the Galaxy Note 20 and Galaxy Note 20 Ultra. Stay tuned for our reviews if you want to learn more about these new features and devices. For now, feel free to join us in the comment section and share your thoughts on these latest improvements.