Here’s the first official look at the Galaxy A13 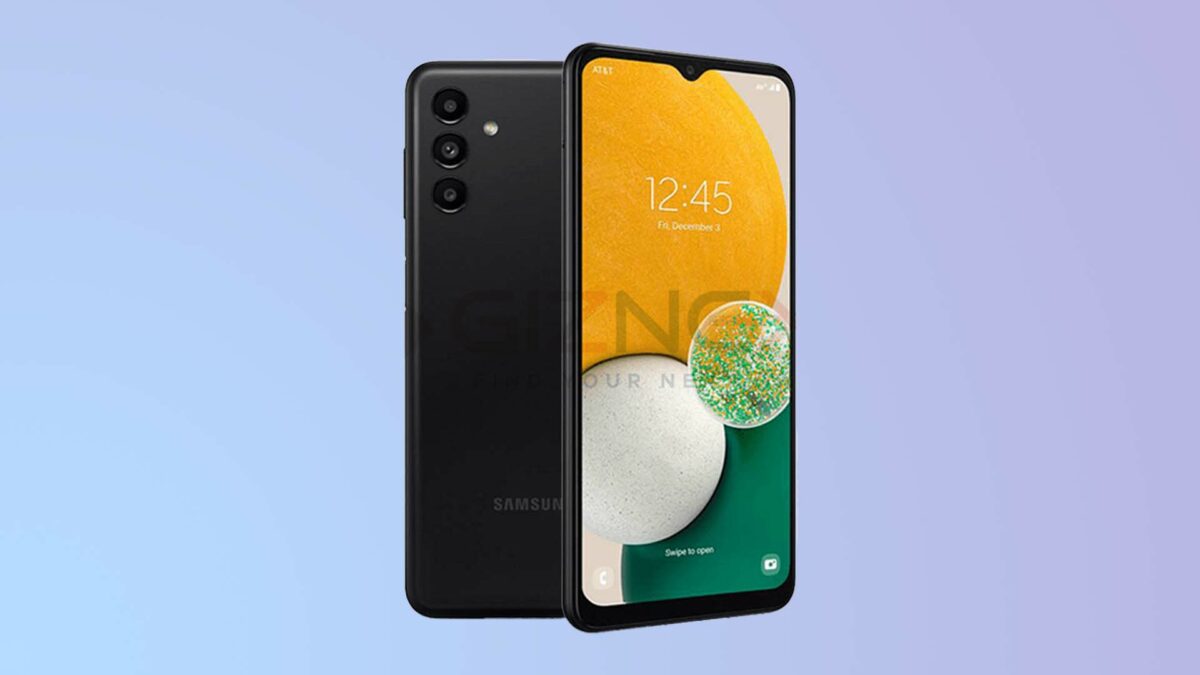 Samsung is working on two Galaxy A13 variants, one with 5G and the other with LTE connectivity. While the South Korean firm has not revealed any information regarding the upcoming smartphone, the Galaxy A13’s design and specifications were leaked over the past couple of months. Today, the phone’s first set of official renders have been revealed.

Tech publication GizNext has published a few official press images of the Galaxy A13. The design of the phone appears to be in line with what was leaked earlier. All the photos showcase the black variant of the smartphone. It has a 6.5-inch Infinity-V display (most probably an IPS LCD panel) at the front. At the rear, the phone has a triple-camera setup with an LED flash. Earlier reports about the smartphone claim that the Galaxy A13 will have a 50MP ISOCELL primary camera.

The Galaxy A13 will reportedly feature a MediaTek Dimensity 700 processor, 4GB/6GB RAM, 64GB/128GB internal storage, and a microSD card slot. The smartphone is said to come powered by a 5,000mAh battery with support for 25W fast charging. Other features like GPS, Wi-Fi b/g/n/ac, Bluetooth 5.0, a USB Type-C port, and a headphone jack are expected to be on the phone.

Samsung’s upcoming smartphone could come with Android 11 out of the box, and it could receive at least two major Android OS updates in the future. For added security, the smartphone is said to feature a side-mounted fingerprint reader. The phone will be launched in most countries around the world, including Canada and the US.

Daily Deal: The Galaxy A13 is down to its lowest price in 30 days!

The Galaxy A series includes some of the best cheap Android phones you can find. It’s no surprise that the Galaxy A12 was best-selling Android smartphone in 2021. Today, you can pick up its successor at a great price. The Galaxy A13 is an entry-level device with 3GB of RAM and 32GB of internal storage. […]

Galaxy A13 launches in South Korea

Samsung has launched the Galaxy A13 in South Korea. It is priced at KRW 297,000 (around $240) and comes in two colors: Black and White. The company is also offering a two-month YouTube Premium subscription with the phone. The entry-level smartphone has a 6.6-inch PLS LCD display with HD+ resolution. It features the Exynos 850 […]

Galaxy A13 gets July 2022 security update in the Americas