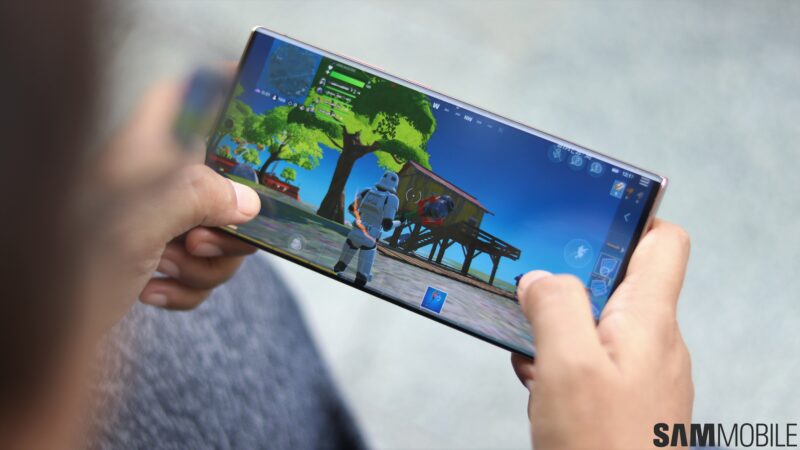 Fortnite has long been one of the most popular mobile games. When Epic Games, the developer, tried to take a stand against the cut on purchases of the V-Bucks in-game currency taken by Google on the Play Store and Apple on the App Store, the game was taken off the marketplaces.

Android users could still download Fortnite on their mobile device but iOS users were completely cut off. Epic has now struck a partnership with Xbox that brings Fortnite back on these platforms and makes it free to play like it always was.

Fortnite Mobile is back as a browser-based game

Epic Games has announced a new partnership with Xbox Cloud Gaming to make Fortnite available to Android and iOS users across the globe. The game is free to play and you won’t require a subscription to Xbox Game Pass to play Fortnite.

Cloud gaming has revolutionized the way we play games, even making it possible to play console games on mobile devices. All of the heavy lifting is done in the cloud and the games are essentially streamed to your device like a video.

All you need is a Microsoft account and an Android smartphone or tablet with internet access. No downloads, installations or memberships are required. Simply visit xbox.com/play in your mobile browser, sign in with your Microsoft account and you’re good to go. Native touch controls are supported so even if you don’t have a gaming controller to pair with your device, you can play Fortnite just as well.

Epic Games maintained a relationship with Samsung even when Fortnite was available on the Play Store. When Fortnite was first launched for Android, it was exclusive to the Galaxy Note 9 for a limited time. Epic also launched exclusive items like the Samsung Fortnite Glow skin, conducted a Fortnite Galaxy Cup and offered additional cosmetic items.

Even when the app had been taken off the Play Store, this partnership with Samsung allowed Epic Games to have access to the user base of the world’s top Android manufacturer. You can still download Fortnite from Samsung’s Galaxy Store without having to jump through any hoops.

Fortnite Galaxy Cup 2.0 kicks off on Sunday with new cosmetic items to …

Samsung, in partnership with Epic Games, is announcing Galaxy Cup 2.0. It’s an event dedicated to Fortni …

Since we are approaching the end of this year, Samsung has announced the winners of its Best Of Galaxy Store A …

Samsung finally gets Fortnite 90Hz support, but only on Galaxy Tab S7/ …