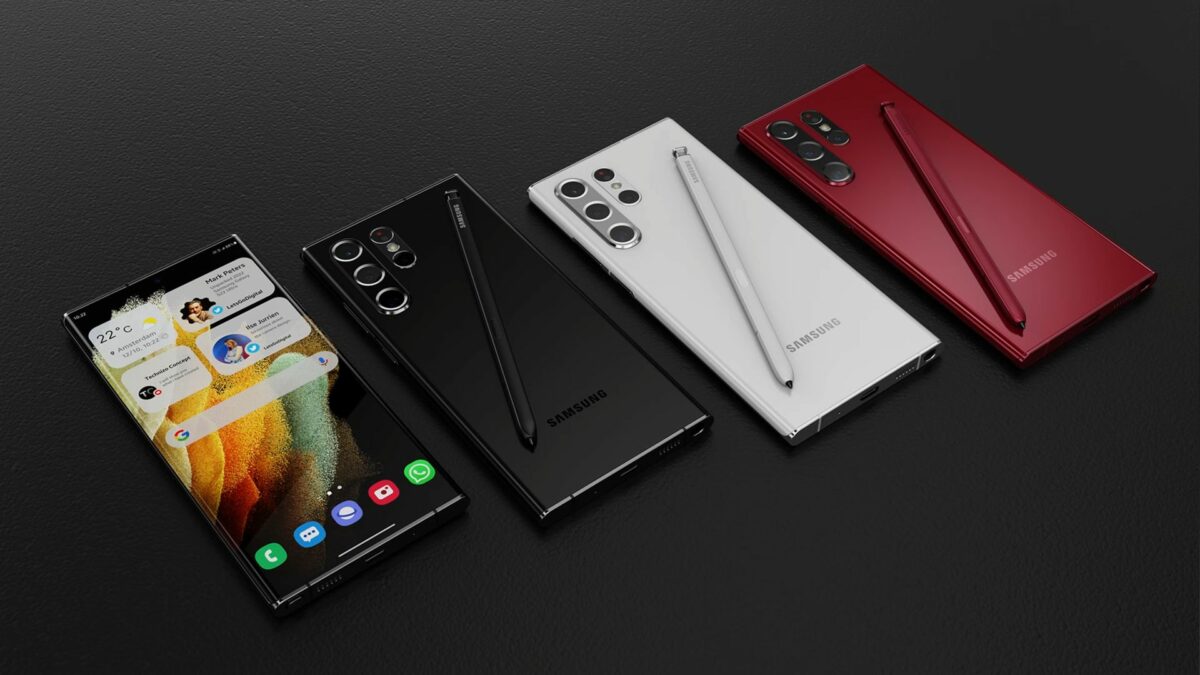 The unannounced Galaxy S22 Ultra has been making the rounds for a few weeks after the first unofficial renders leaked. They were seemingly based on leaked official specifications and depicted a Galaxy S22 Ultra featuring an Infinity-O display, a dedicated S Pen slot, and a protruding P-shaped camera module. That last design detail is a point of contention, as most people agree it doesn’t look too pretty, especially compared to the Galaxy S21 Ultra’s camera housing.

However, the first leaked renders may have not been entirely accurate, as even the source — OnLeaks — admitted at one point that the finer details surrounding the P-shaped camera are fuzzy. See, the outline of the camera housing is what every source is almost certain of, presumably based on data gathered from case manufacturers. But the arrangement inside that P-shaped cutout is not very clear.

Two design possibilities have been explored by fans and leakers so far. In the original vision, the main cameras are enclosed in a single P-shaped housing. In later concepts, the camera housing got split.

The latest Galaxy S22 Ultra fan concept seemingly attempts to refine the unusual camera housing by going back in Samsung’s timeline even further. The concept seems to resemble a refined Galaxy Note 10+ for this day and age, featuring a similar — but slightly more prominent — camera housing design and sensor arrangement.

The design seems to fit the P-shape outline adopted by the majority of third-party cases that leaked so far, but it doesn’t look nearly as industrial as it did in the first renders. It looks like an evolution of the Galaxy Note 10 series, and it fits the phone’s overall design and proportions better.

Check out the fan-made Galaxy S22 Ultra trailer below for a closer look at this refined design, and leave a comment below or on our social media networks. Let us know which concept you like the most so far.