Come check out One UI 4.0 beta on the Galaxy Note 20 Ultra at SamMobile TV 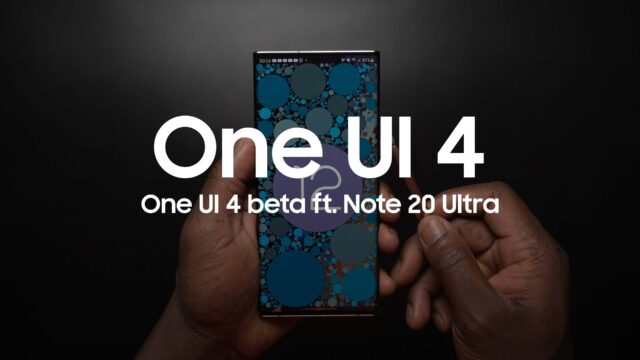 Samsung enrolled the Galaxy Note 20 series in select markets into the Android 12 One UI 4.0 beta program one month ago, and the company has released three beta builds since. We followed the development of One UI 4.0 closely over the past few months, and or readers can see how the firmware evolved in our numerous YouTube videos Sammobile TV. Today, we’re taking another look at a One UI 4.0 beta build, this time running on the Galaxy Note 20 Ultra, which could very well be the last “true” Galaxy Note we’ll ever see.

It’s worth mentioning that anyone who has tested One UI 4.0 beta for the Galaxy S21 series or is now using the live Android 12 firmware should already have a solid idea of what to expect from the pre-release firmware running on the Galaxy Note 20 Ultra. Features like Material You color themes, better privacy controls, redesigned widgets, a more streamlined Camera UI, a redesigned Device Care menu, and more accessibility features, are all par for the course.

If you want to see them in action, check out our Galaxy Note 20 Ultra One UI 4.0 beta hands-on video below for an overview of these great new features running on the S Pen flagship. Remember to stay tuned and join our social networks if you don’t want to miss out on news of the first public One UI 4.0 release for the Galaxy Note 20 series, whenever it may happen.