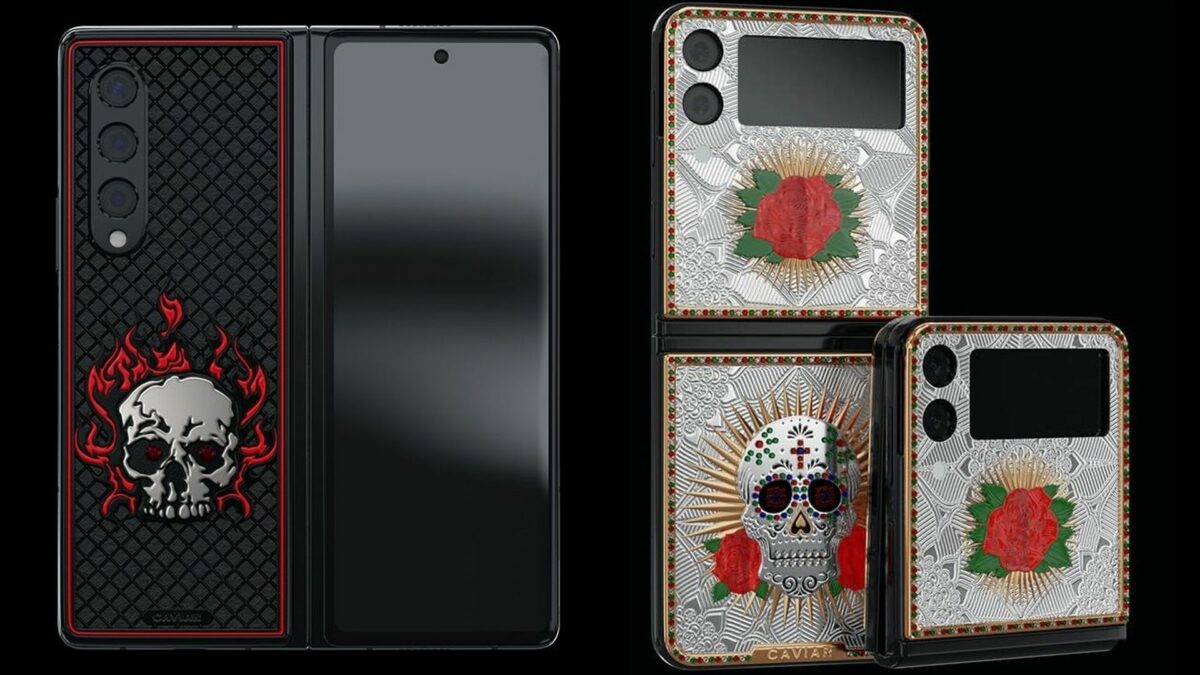 Eccentric custom smartphone company Caviar has announced limited edition versions of the upcoming Samsung Galaxy Z Fold 3 and Galaxy Z Flip 3. Not only that, but the two custom foldable smartphones got featured in a promotional video ahead of Samsung’s own official unveiling scheduled for August 11.

The Galaxy Z Fold 3 is primarily a productivity device paired with an S Pen, while the Galaxy Z Flip 3 is a more compact and elegant clamshell smartphone. With that in mind, you’d probably never guess what Caviar had in mind for its latest custom models, because you’d probably never corelate the stylish design of the Z Flip 3 and Z Fold 3 with flaming skulls. But, believe it or not, that’s exactly what Caviar gave the new foldable devices…

This won’t be a mass-production device, but a limited edition one with only 99 models going up for sale. Speaking of which, the Galaxy Z Fold 3 Ragnarok costs a whopping $10,770.

The Galaxy Z Flip 3 Catrina Calavera edition has a total of 419 gemstones and a price tag of $46,460. Caviar is selling only 20 copies, but they’ll cost nearly $1 million combined.