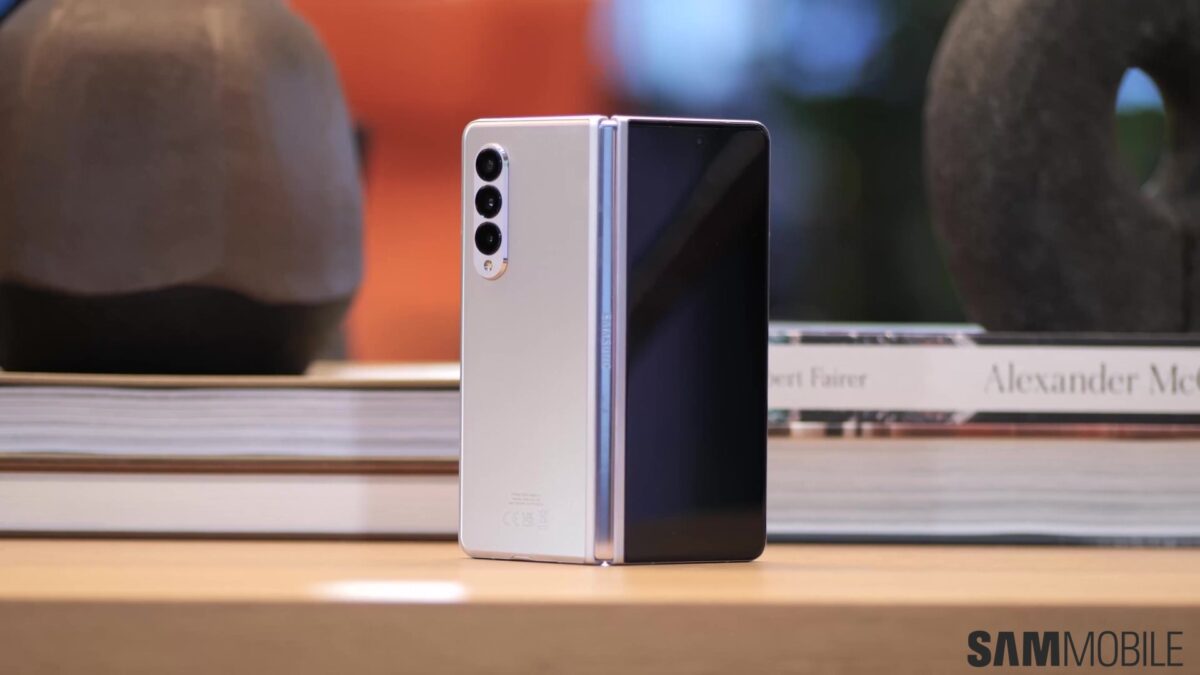 Samsung gave up on the Galaxy Note 21 and the colored Z Fold hinges to focus on building the best-possible foldable device and bring us the Galaxy Z Fold 3 at this year’s Unpacked event. And boy, does the new foldable show tons of improvements! There’s a lot to unpack here — pun intended — so let’s stop wasting time. Here are the very best Galaxy Z Fold 3 features. 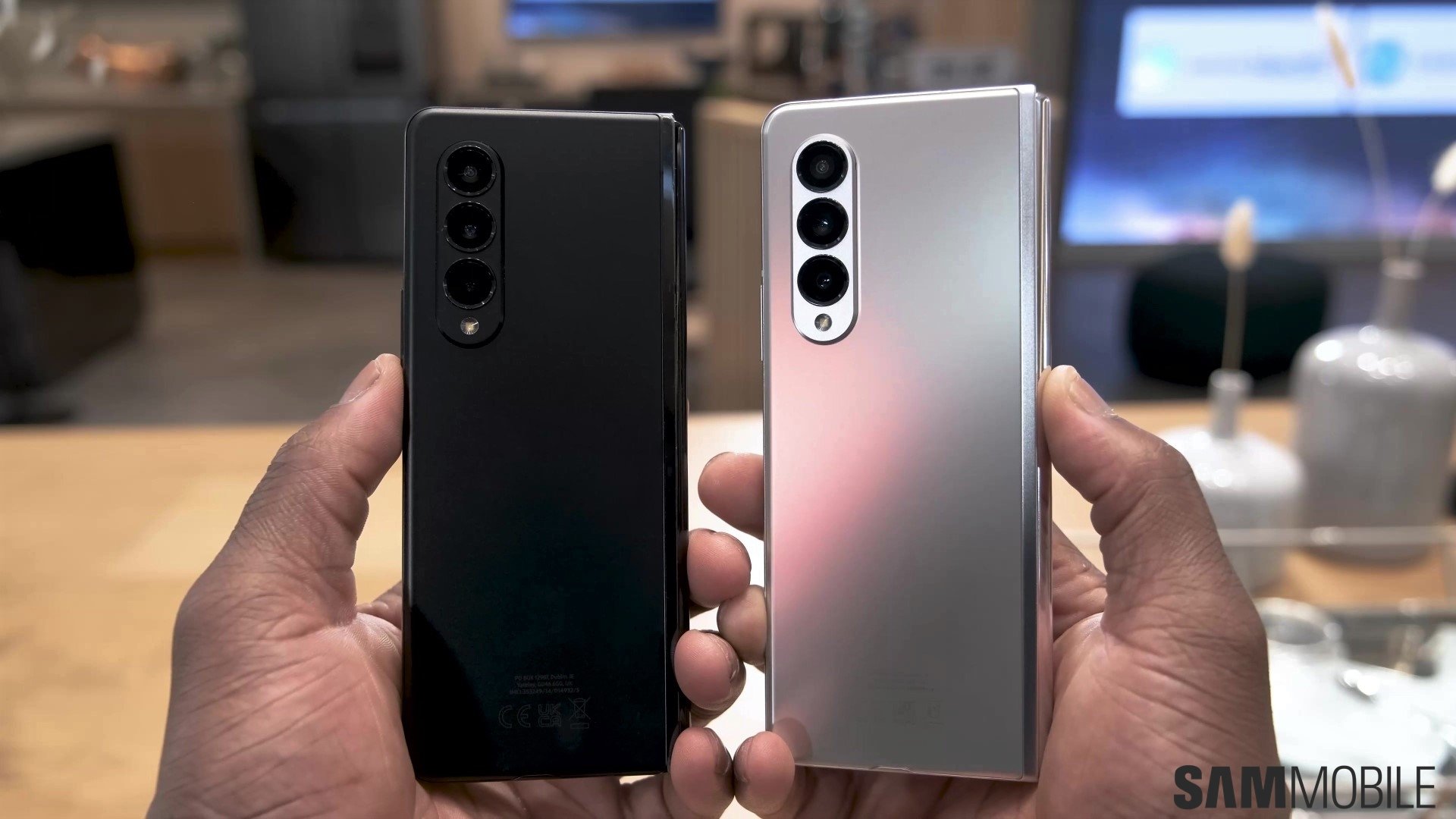 The Galaxy Z fold 3 is the first — but not the only — foldable phone to boast an IP rating — IPX8, to be exact. This code represents that Samsung hasn’t tested the foldable phone for dust ingress but determined that it’s water-resistant.

Samsung didn’t stop here. The company’s using 10% stronger “Armor Aluminum” in the phone’s construction this year, and of course, the cover display has Gorilla Glass Victus protection. And, as you’re about to find out, the foldable screen is also better protected.

A brighter foldable display with a more durable protective film 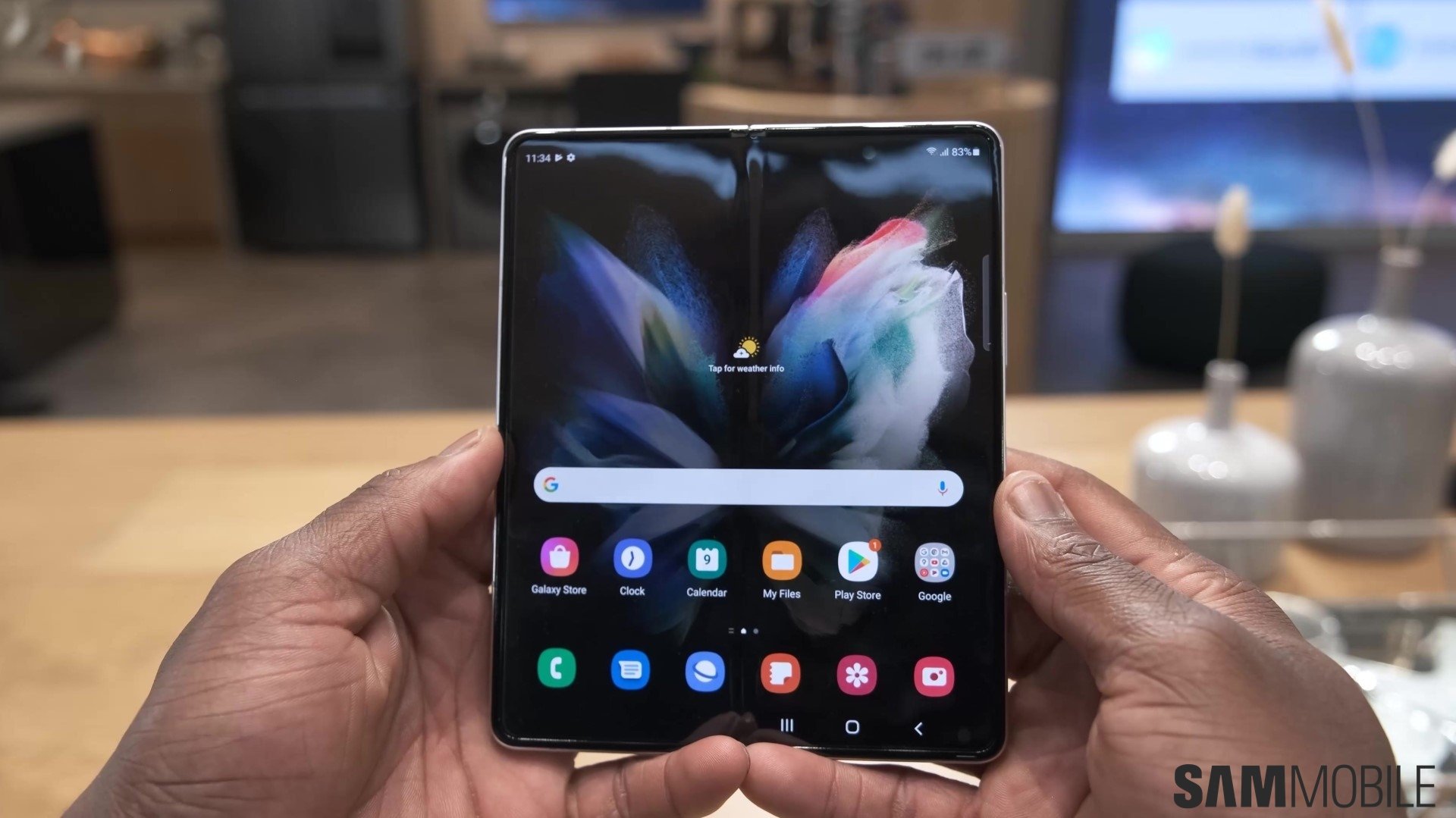 This year, the 7.6-inch Dynamic AMOED 2X Infinity Flex Display has a new protective layer on top, and it might even be the reason why the addition of an S Pen was possible. More on the S Pen later, but as far as general durability is concerned, Samsung claims that the new protective film provides a massive 80% boost in durability over the film used in the previous generation.

The foldable display’s 29% increased brightness compared to last year shouldn’t be overlooked either. Samsung’s foldable display always had poorer brightness than the non-foldable AMOLED screens, so a 29% improvement over the Galaxy Z Fold 2 will make using the Galaxy Z Fold 3 in direct sunlight more comfortable. The cherry on top is that the cover screen is also 25% brighter. 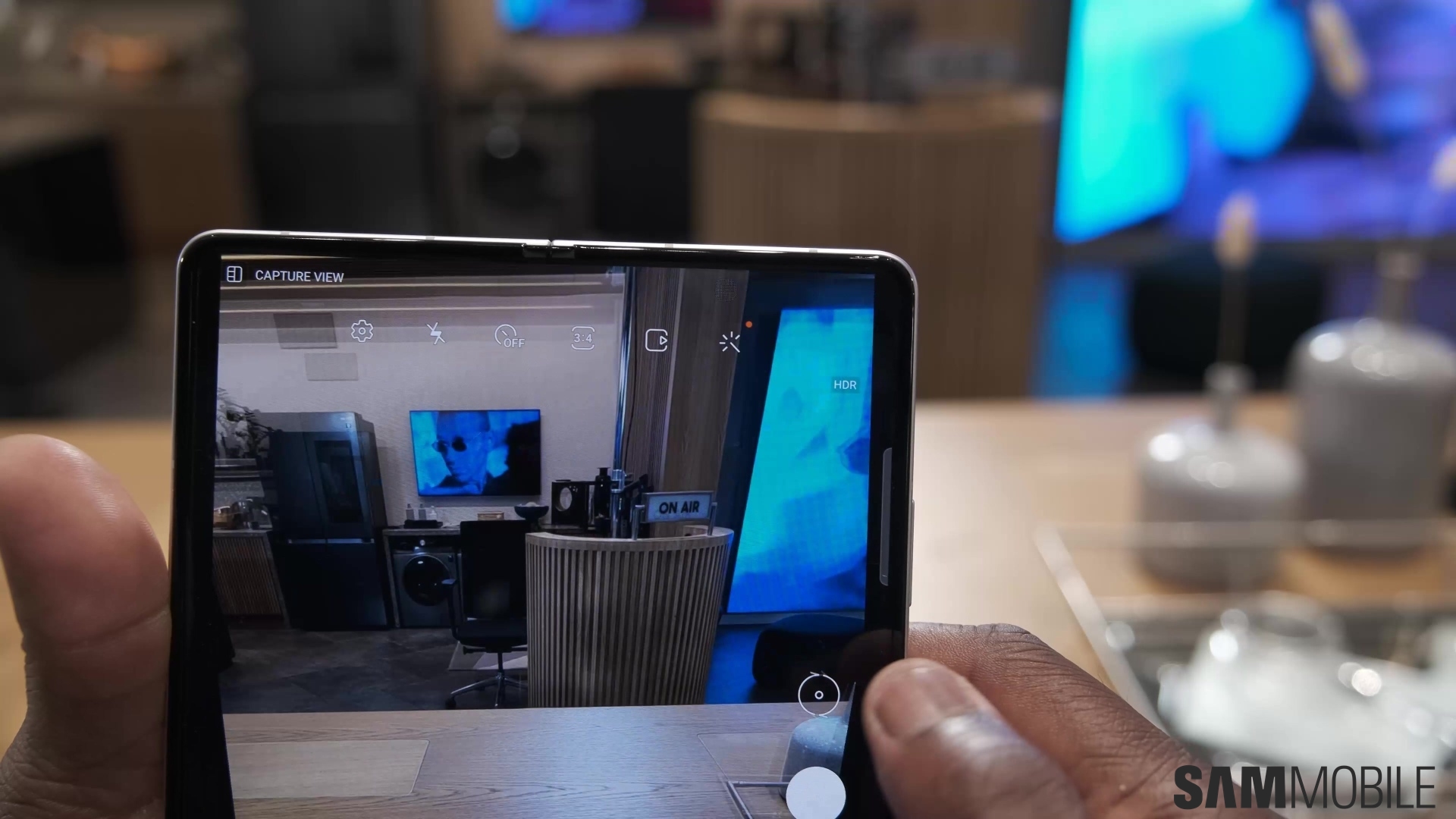 It’s been almost three years since Samsung introduced the first smartphone equipped with Infinity-O display technology, i.e., the Galaxy A8s. Infinity-O was Samsung’s response to the off-putting display notch widely adopted by the mobile industry. It was — and arguably still is — a more elegant alternative to the notch, and it paved the way for a massive improvement a few years down the line.

Enter UDC (Under-Display Camera) technology: A long-awaited evolutionary step in the Infinity-O timeline. In layman’s terms, UDC technology comprises a new 4MP camera with large 2-micron pixels capable of taking in more light, and the Infinity-O display cutout with active pixels covering the 4MP sensor. This combination allows the selfie camera to stay hidden, letting the 7.6-inch foldable display shine uninterrupted, without a visible cutout or a notch. Well, almost, but to an impressive level nonetheless.

Samsung’s foldable phones have fully entered the era of 120Hz high refresh rate displays. The Galaxy Z Fold 2 was the first to adopt this technology. However, it was limited to the inner foldable display, which led to a noticeable decrease in UI animation smoothness whenever switching to the 60Hz cover screen.

The Galaxy Z Fold 3 marks a new milestone, as it introduces 120Hz across the board, with both the cover screen and the inner foldable panel offering high refresh rate capabilities. 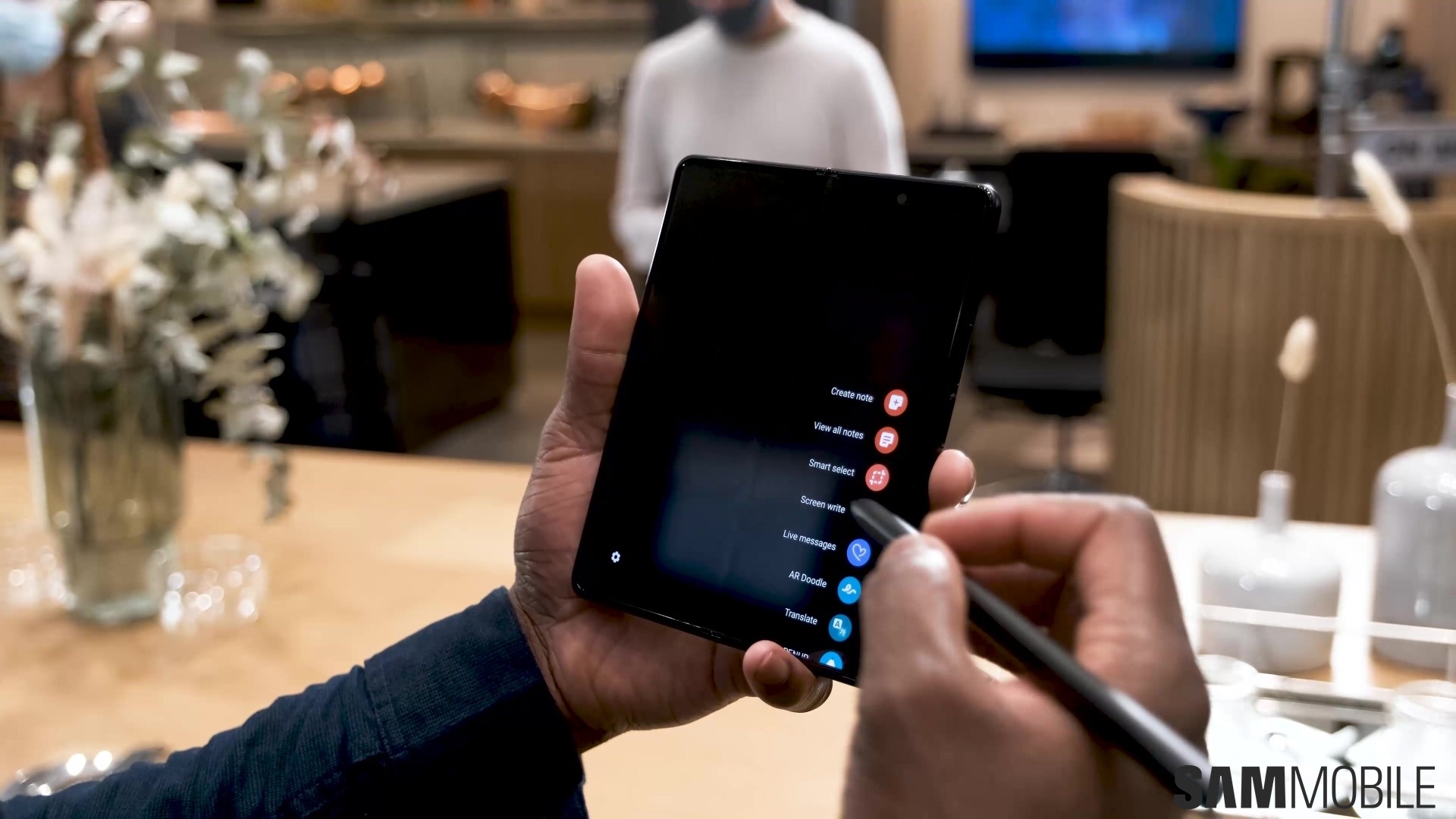 Adding S Pen support to the book-like Galaxy Fold form factor seemed like the natural thing to do ever since the first model was introduced in 2019. The technology just wasn’t there yet, but two years later, the Galaxy Z Fold 3 has become the first foldable device to support the S Pen.

One last thing of note is that the Galaxy Z Fold 3 cover display does not offer S Pen support, and there arguably are a couple of good reasons for that. 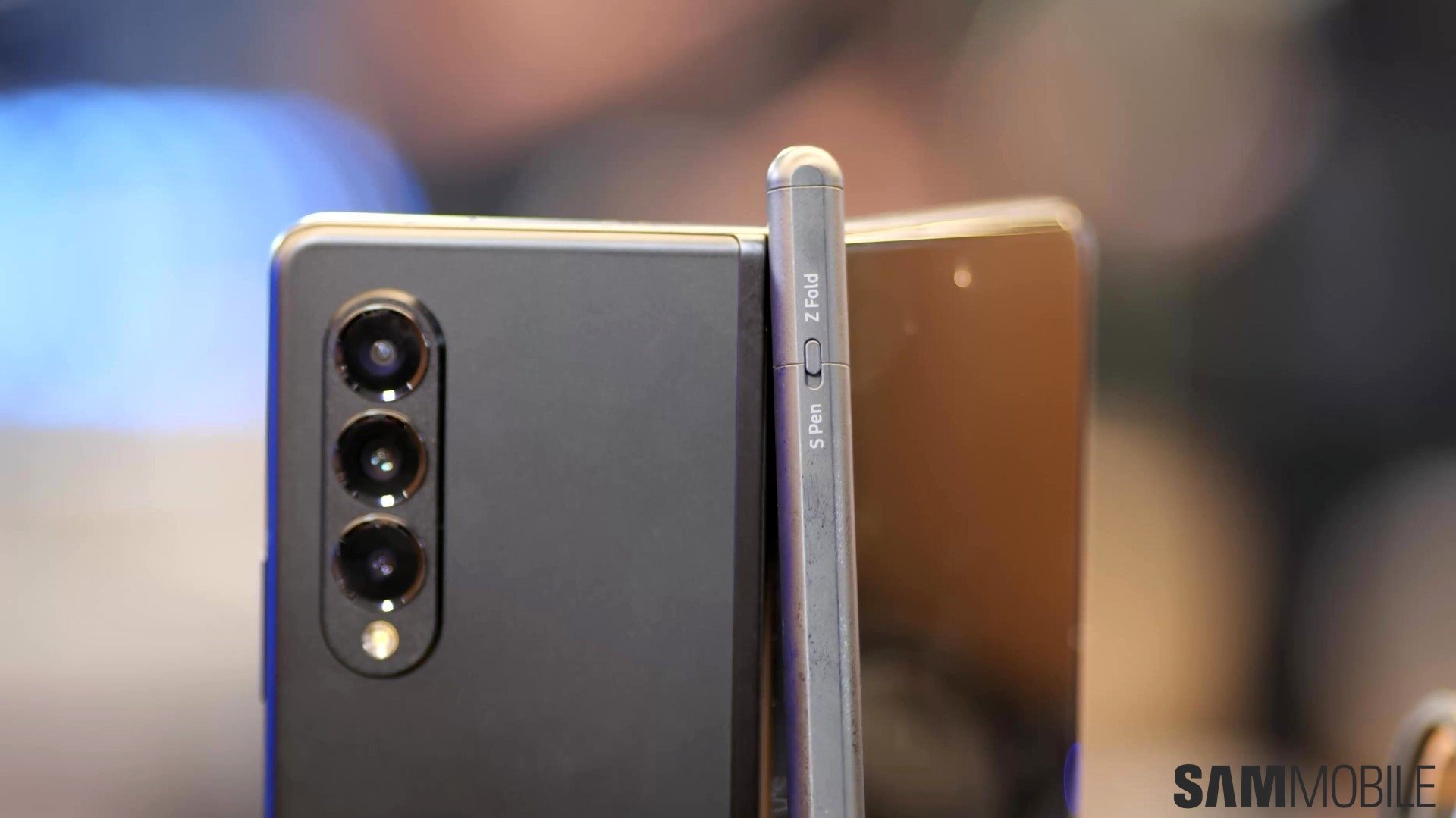 Included with the S Pen is the S Pen to text feature and a bunch of new software goodies like Samsung Notes. The popular note-taking app got updated for the occasion, with a few unique additions designed for the large, foldable display. The most fundamental characteristic of the Galaxy Z Fold 3 is that it unfolds like a book. So, why not allow the software to take advantage of this form factor more? Well, Samsung did just that.

Samsung Notes now has a new Two-Page feature, complete with various templates such as calendars, journals, and travel logs. People can use the Notes app as they usually would on one half of the screen, while the other half can extend to include said templates. It’s a neat addition for productivity-oriented users.

Another one is the integration of the S Pen and Samsung Notes with Flex Mode. Users can now double-tap the S Pen on the lower half of the screen in Flex Mode to bring up Samsung Notes instantly. This can be very useful, for example, when watching a video in Flex Mode and quickly wanting to jot down some notes without pausing the video.

And in case you’re wondering, the S Pen is integrated with other non-Samsung apps, including Microsoft’s. The input device is fully supported by Microsoft Teams, where it can be used for handwriting and sketching in conference calls.

The Galaxy Z Fold 3 brings a handful of UI improvements developed with input from the Framework R&D Group. Samsung describes “Framework” as “the task of optimizing Android OS for [its] foldable smartphones.”

The main focus of the Framework division was to improve Multi-Active Window — the feature that allows two or three apps to run simultaneously on the foldable display.

The Galaxy Z Fold 3 UI also introduces a new and quite useful Drag & Split feature that ties in with the Multi-Active Window improvements. Applying Drag & Split when browsing the web or shopping online, for example, users can open links in split-screen seamlessly without leaving the webpage. It used to be that opening a link in a new tab would transition the entire screen, but Drag & Split brings a more PC-like experience to the foldable device. It’s somewhat reminiscent of window snapping in Windows 10, except it works with opening new web links in split-screen.

A more PC-like experience in partnership with Google and Microsoft 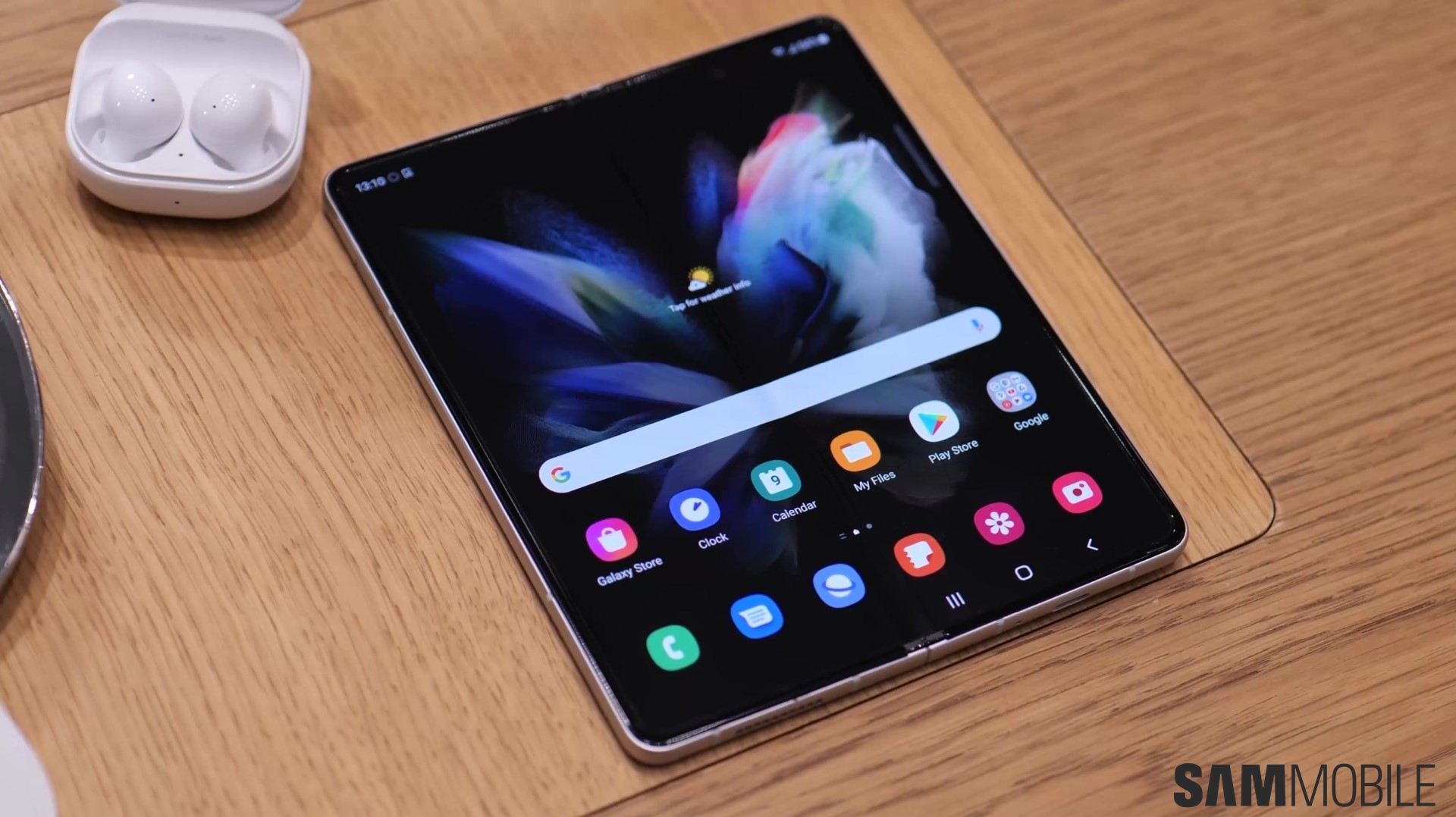 Samsung said it wanted to offer Galaxy Z Fold 3 users a more PC-like browsing experience on Chrome. And in partnership with Google, Samsung fully integrated the Drag & Split feature detailed above with the Chrome mobile browser for the new foldable flagship.

But here’s a lot more that went into creating a productivity-oriented experience closer to what personal computers offer. Samsung developed a new Taskbar for the large foldable screen, which sounds and acts like the type of taskbar you’d find in a PC-grade OS like Windows 10. The taskbar hosts app shortcuts, complete with notification badges, and it’s a much faster alternative to switching apps via the Recents screen.

Meanwhile, Samsung’s partnership with Microsoft brings us deeper integration with the Office suite of apps. Microsoft apps like Word now support Two-Page mode — similar to Samsung Notes. And even more in line with the PC-like experience for productivity, the Galaxy Z Fold 3 can launch two different Office files (of the same type) in Two-Page mode, allowing users to keep open and cross-edit two documents simultaneously.

Live app widgets — the nomenclature is fuzzy — are another brand-new addition to One UI 3.1.1, and they’re debuting with the Galaxy Z Fold 3.

An example of Live app widgets in action is setting a timer via the Clock app and switching tasks. The Clock app turns into a live floating widget, which then morphs into a pill-shaped live timer widget that stays on top of other apps and can be moved around the screen. Now you’ll always have an eye on the timer, regardless of what apps are active in the foreground.

The Galaxy Z Fold 3 is packed with new useful software features and UI changes that play together very nicely. It’s IPX8-rated, and Samsung took extra steps to increase the phone’s — and the foldable display’s — durability. The company also made the Galaxy Z Fold 3 capable of a more PC-like experience, with both Google and Microsoft contributing to the outcome.

The Galaxy Z Fold 3 is, as expected, the best foldable device so far, but it’s not just because it has a new chipset. It’s a great evolutionary step over the Galaxy Z Fold 2, boasting meaningful additions, changes, upgrades, and of course, the S Pen. It’s a perfect match for the 7.6-inch foldable display, and so are many productivity apps that support the accessory.

Interested in the Samsung Galaxy Z Fold 3? Don’t forget to support SamMobile by visiting this link and purchasing the phone directly from Samsung!