[Update: Fix coming soon] Android 12 on the Galaxy S21 has a lag issue 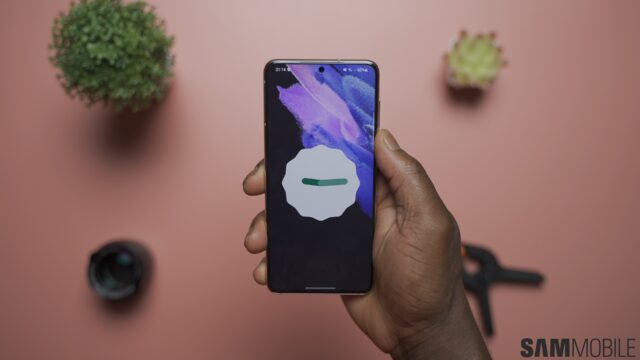 Update: Samsung has acknowledged the issue and has mentioned that it is working on a fix. The bug could be fixed with the next software update, but the company hasn’t specified a timeline for the release.

Samsung began updating the Galaxy S21 series worldwide with the Android 12-based One UI 4.0 earlier this week. Everything seems to be working according to plan in most markets, except the USA, where customers have raised complaints about UI stutter issues after applying the latest update.

The UI lag seems to be caused by a bug related to the display’s high refresh rate, in that it switches from 120Hz back to 60Hz when it shouldn’t.

More specifically, the Galaxy S21’s display is supposed to switch between different refresh rates according to the on-screen content and user input. However, after Android 12, the screen reverts to a low 60Hz refresh rate immediately once the display stops detecting touch inputs, and this happens regardless of whether animations are displayed. Obviously, this unwanted behavior leads to stuttery scrolling effects throughout the UI and almost every app.

Only USA Galaxy S21 models seem to be affected

The good news — at least for people outside the USA — is that the lag issue doesn’t seem to affect any other Galaxy S21 models except for those sold in the USA. If you have the international Galaxy S21, you shouldn’t be experiencing any UI lag once you update your device to Android 12 and One UI 4.0.

Samsung is probably already looking into the refresh rate lag problem as we speak and will hopefully release a timely hotfix for the US-bound Galaxy S21 running Android 12. We’ll keep you up to speed as soon as that happens, so stick around.