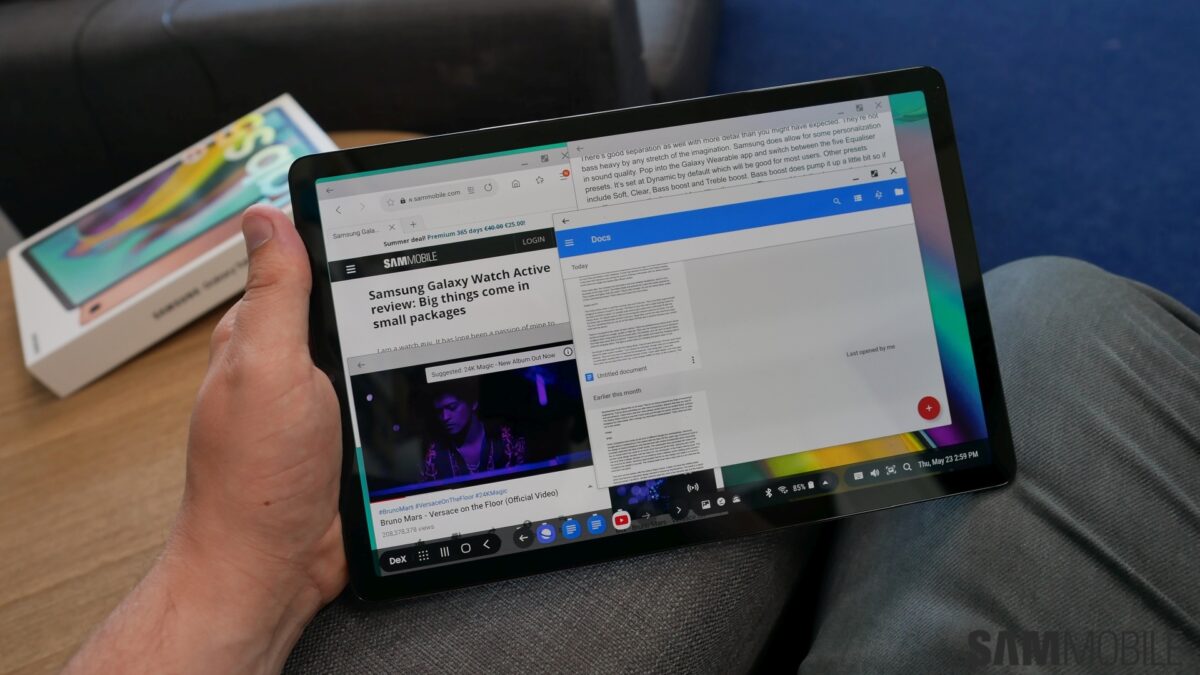 Samsung has released an update that brings the latest Android security patch to the Galaxy Tab S5e. The update is available in the United Kingdom and South Korea and comes with software version T720XXU1ASF1. Only the Wi-Fi model has received it till now, but the LTE model should also be getting a similar update in the next couple of days.

The Galaxy Tab S5e was launched in May this year and has received two updates in South Korea and one update in the UK since then. However, since the Tab S5e falls in the quarter security update schedule, the higher frequency of updates is only going to last for the first couple of months. Samsung’s support of its tablets has often been lackluster compared to its phones, and the Galaxy Tab S5e probably isn’t going to change things on that front.

That doesn’t mean you should overlook the Galaxy Tab S5e if you’re out to buy a tablet. The Tab S5e gives you a beautiful AMOLED display in an extremely thin frame for the price of a mid-range tablet, making it more affordable than the Galaxy Tab S4. You might, however, want to wait a few months if you want a full-fledged flagship Android tablet, as Samsung is working on the successor to the Tab S4 for a launch later this year.

If you own a Tab S5e and live in South Korea or the UK, you can grab the update over the air from the Software update section of the tablet’s Settings app by tapping the Download and install option. If there’s no update available for your device just yet, you can make the jump to the new software by downloading the relevant firmware from our database.