Photos show Galaxy A50 and Galaxy A30 rear with multiple cameras 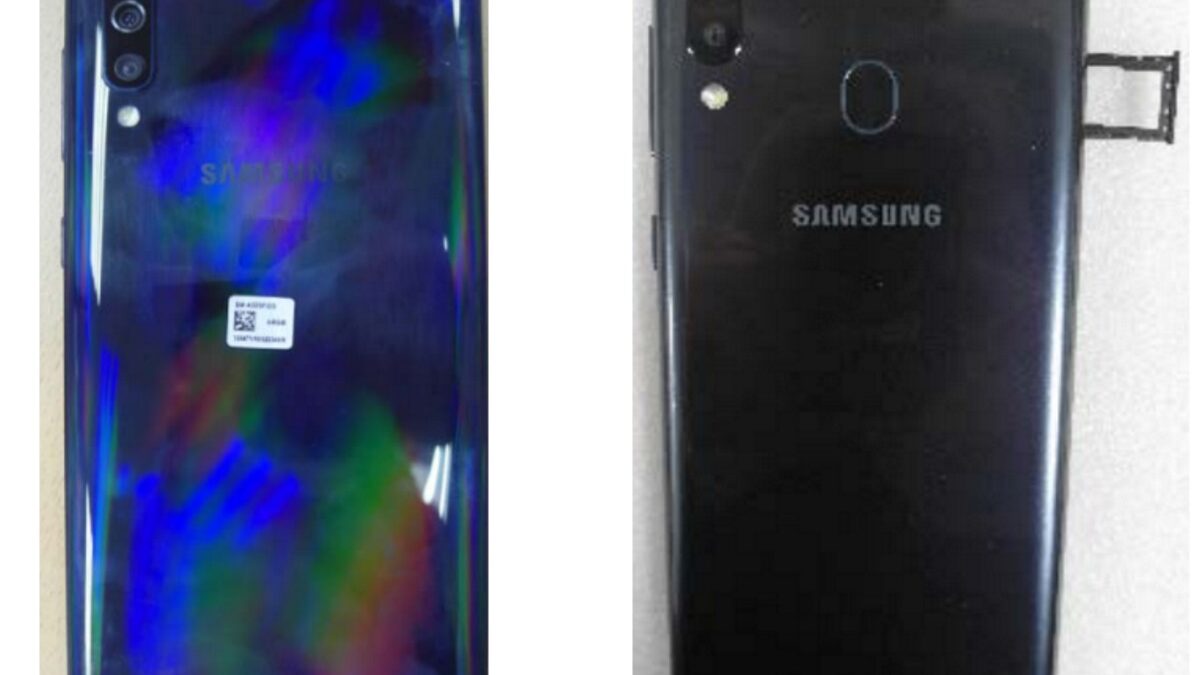 With the launch of the Galaxy A50 and Galaxy A30 rapidly approaching, more and more information is turning up. Now, both devices can be seen on photos, showing the rear panel and triple and dual camera modules.

Presumably from a service manual come two photos. One shows the Galaxy A50’s rear with its triple camera module. It includes a 25-megapixel main sensor, an 8-megapixel wide-angle lens, and 5-megapixel depth sensor. As expected, there is no fingerprint sensor, as it sits under the device’s display.

The Galaxy A30 does have a classic fingerprint sensor, placed next to the dual camera module, also confirming recent rumors. The main sensor has a 16-megapixel resolution and is supported by a 5-megapixel depth sensor.

From the looks of it, both devices are indeed made of Samsung’s glossy 3D material also used on the Galaxy A7. Though we can not be sure yet, this does suggest these phones just might be priced fairly competitively. The higher end of Samsung’s mid-range portfolio will likely be made up of the Galaxy A70 and A90, rather. 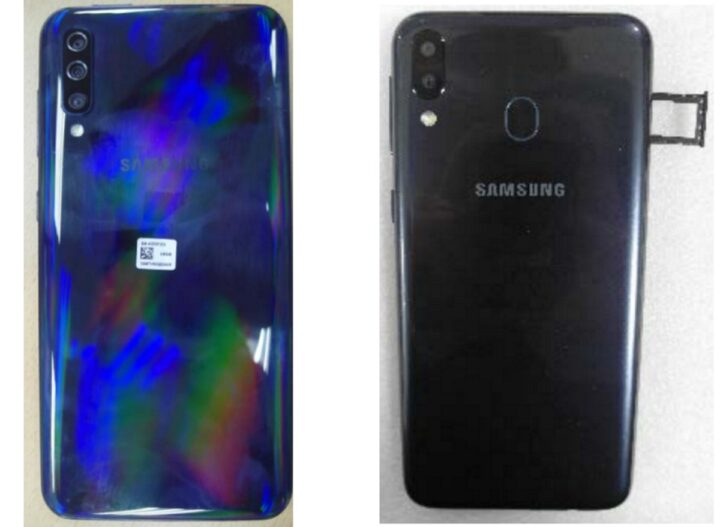 Over the last months, it has become clear the Galaxy A50 comes with Samsung’s Exynos 9610 SoC, 4GB RAM, and at least 64GB storage. The Galaxy A30 will run on the Exynos 7904 soc with at least 3GB RAM and 32GB storage. Both phones likely pack the same 4000 mAh battery and run Android 9 Pie out of the box.

Whether Samsung launches the first new Galaxy A devices together with the Galaxy S10 remains to be seen. However, it will certainly not be long before at least the A10, A30 and A50 will be made official. Particularly in India, Samsung has started a major push to reinforce its portfolio of affordable devices, but we expect at least the A50 to make its way to other parts of the world.