The Galaxy A50 user manual has confirmed that the phone will have an in-display fingerprint sensor. The A50 will be the first mid-range Galaxy with the fingerprint sensor embedded into the display and the second Galaxy phone after the Galaxy S10 to have one. The A50’s specs have also been revealed, and they match what we have seen in rumors up to this point and in a major spec leak from last week.

The Galaxy A50 will have a 6.4-inch Super AMOLED Infinity-U display of Full HD+ resolution (2340×1080 pixels), with a 4,000 mAh battery powering it. For those who haven’t been keeping up, a 4,000 mAh battery is expected to be on multiple new Galaxy A series. It’s present even on the Galaxy A10, which is going to be the entry-level model among the nine A series phones Samsung plans to launch in the first half of 2019. The A50 also gets a triple camera setup that includes 25MP F1.7 primary, 5MP F2.2 depth, and 8MP F2.4 ultra-wide sensors. 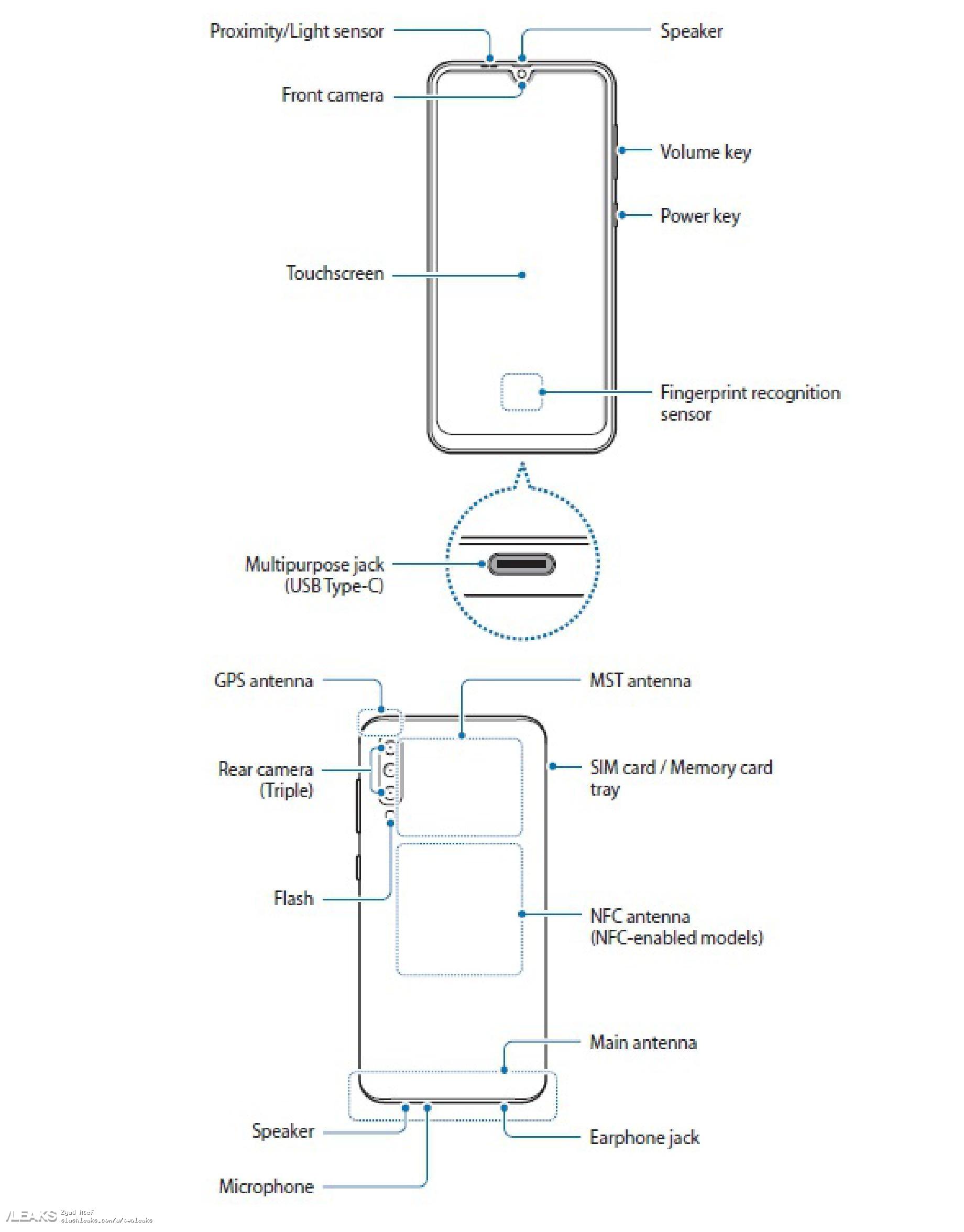 The A50 will run Android Pie and have an Exynos 9610 chipset under the hood. Other specs should include a 25MP front camera, 4/6GB of RAM, 64/128GB storage, and dual SIM slots. Full Samsung Pay support should be present in some markets, since the manual says the phone has MST and NFC. Dimensions for the device are 158.6 x 74.7 x 7.7mm and it weighs 166 grams, making it just a tad smaller and lighter than the Galaxy A7 (2018). Yet the display is 0.4 inches bigger than the A7 (2018)’s, thanks to the Infinity-U display with the considerably lower bezels.