Another live Galaxy S10+ image is making the rounds 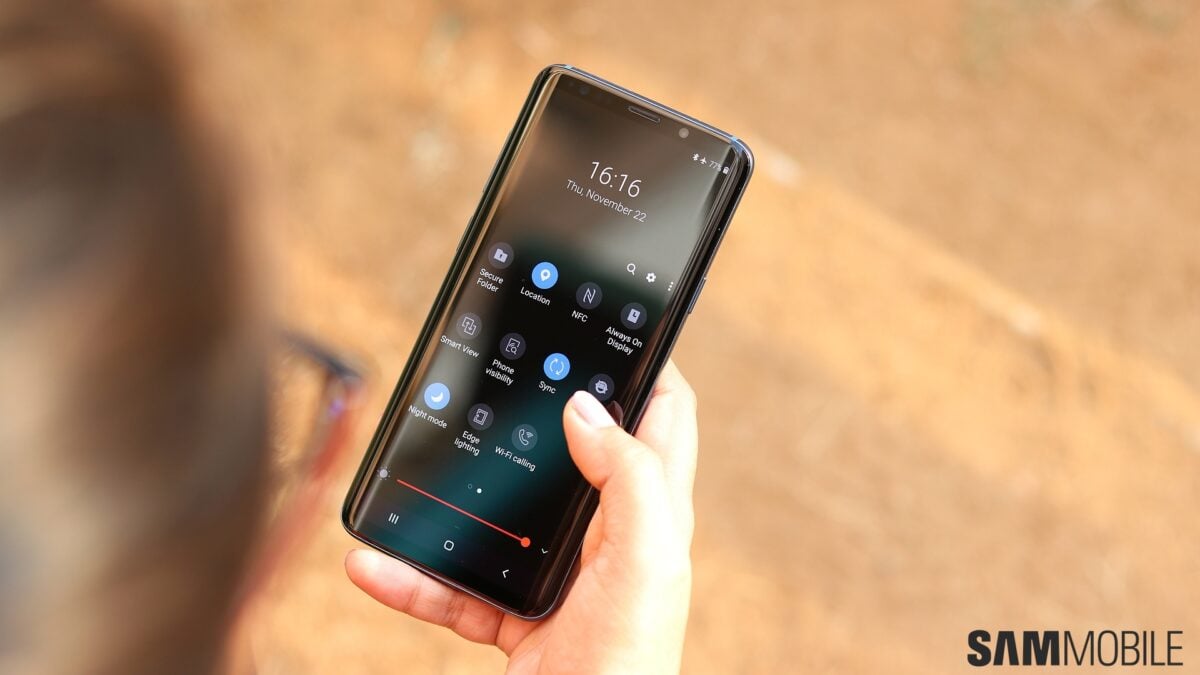 Less than a week after a Galaxy S10+ was spotted being used in the wild, another live image of the handset is now making the rounds online. It doesn’t tell a story different to the one we’ve been hearing about this particular device. It’s all business as usual on that front.

You can imagine that there’s a lot of anticipation for the Galaxy S10. This means that even the most basic of leaks and rumors tend to get a lot of exposure. That certainly is the case for this particular live Galaxy S10+ image.

It’s not even a direct shot of the phone. What’s making the rounds online is a screenshot of a KakaoTalk chat. An image of what appears to be the Galaxy S10+ has been shared in the chat. For those who are unaware, KakaoTalk is a cross-platform messaging app that’s quite popular in South Korea.

The device in the image has a dual front camera which will be present on the Galaxy S10+. It also appears to have the same protective security case as the device in the live image that was leaked last week. Not much else can be made out in this image.

You can get a much better idea of the Galaxy S10+’s expected design in the renders that have been leaked recently. At first glance, it does seem that the camera holes on this device will be smaller than the one on the Galaxy A8s. Just how much the usable display area will expand due to the Infinity-O display remains to be seen.

Samsung has confirmed that the Galaxy S10 is going to be unveiled on February 20. We’ll be on the ground in San Francisco to bring you all of the latest updates from the event. 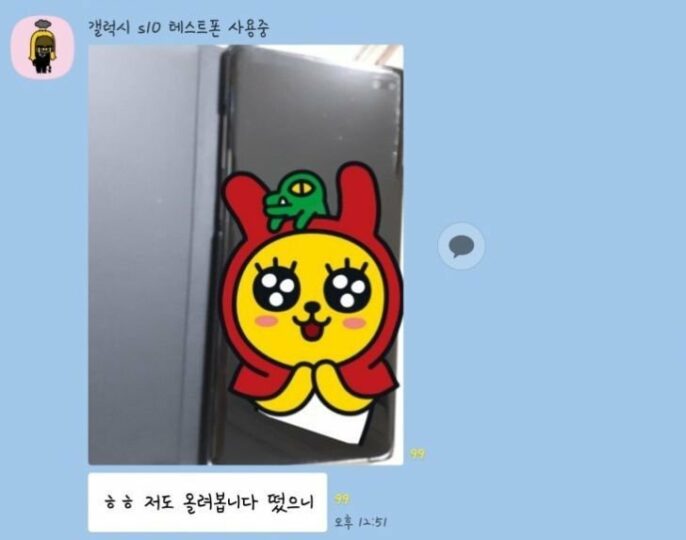