Samsung recently published an infographic that showed us how the company’s user interface for Android smartphones has evolved over the years, with One UI being the latest iteration, and the company has now published a post that details the key aspects of the new user interface. It’s Samsung’s attempt to whet our appetite as we move closer to the worldwide Android Pie release for the Galaxy S9 and Galaxy Note 9 and can be considered a text version of Samsung’s One UI introduction video.

Does the post offer any new details? Well, not exactly, but it’s still a nice read, especially for those who haven’t had the privilege to take part in the Galaxy S9 or Note 9 One UI beta programs. One UI’s primary goal is to make interacting with big-screen phones easier by moving interactive elements to the bottom half of the screen while keeping viewable content in the top half. It also brings what Samsung calls ‘focus blocks’ into the mix, which is a fancier way to say you now have a card-based UI that makes it easy to spot “content that matters”.

The image comparing Bixby Home on Oreo and Bixby Home on Pie is a good example of the card-based UI, and you can also look at how various other parts of the interface compare s. Samsung’s post also talks about Night mode, which makes for comfortable viewing at night. Of course, most of us will use it simply because it looks so beautiful, and it’s one of the best features that Android Pie will bring to Galaxy devices. 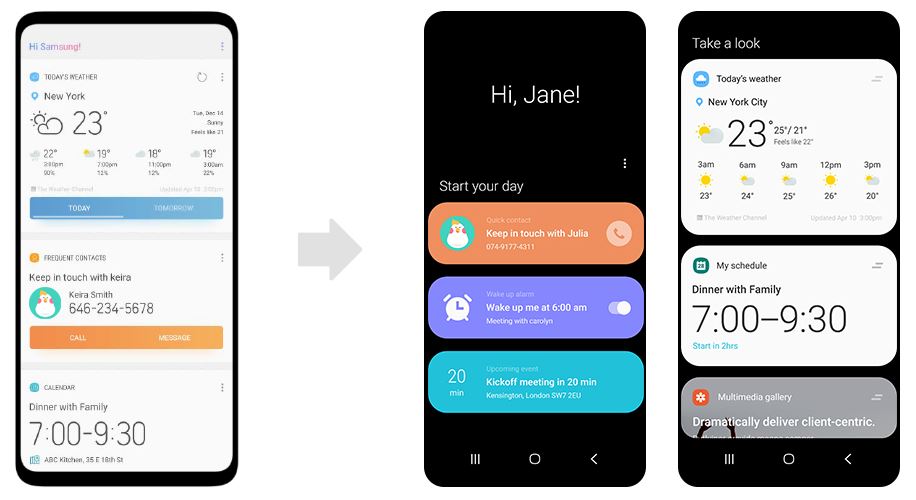 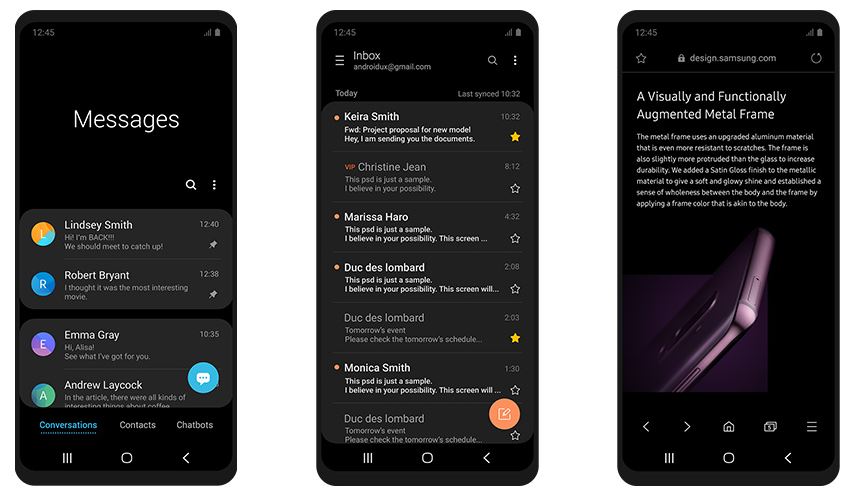 More news »
New Good Lock module customizes your home screen and app drawer By Mihai M.|1 month ago
Galaxy S20, S20+, and S20 Ultra Wireless PowerShare guide By Dominik B.|2 months ago
Samsung reportedly developing One UI 2.5 for its smartphones By Asif S.|2 months ago
Samsung will bring One UI 2.1 update to Galaxy S9, S10, Note 9/10 series By Mihai M.|3 months ago
SamMobile Shop
Opinions More »
Huawei got banned in the US again and that’s great for Samsung
2 weeks ago