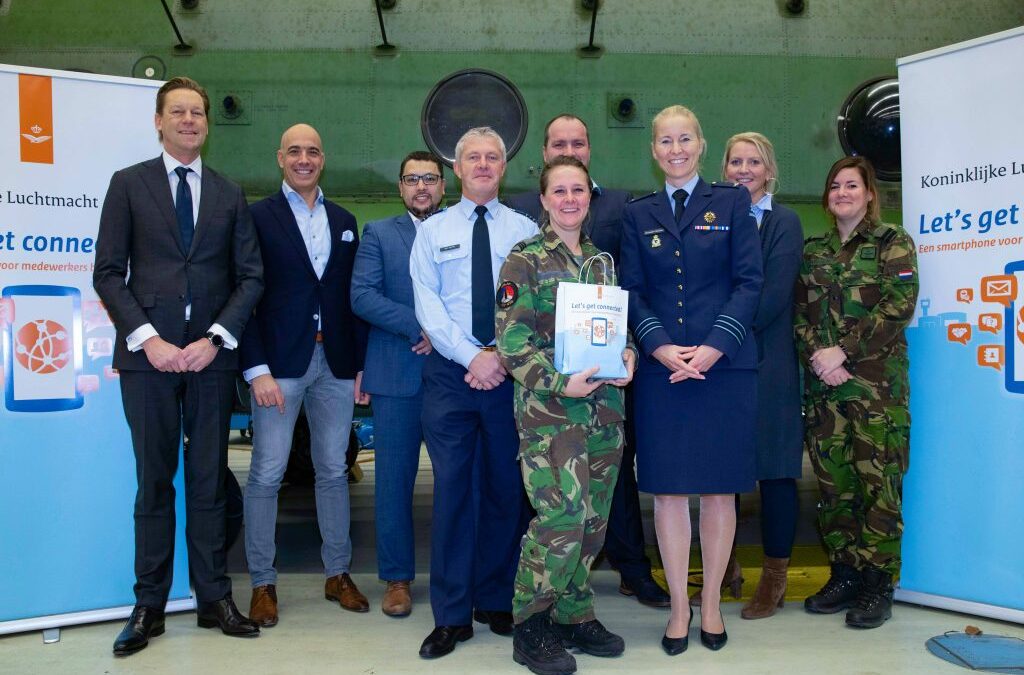 The update model and openness of the ecosystem make Android smartphones less appealing for deployment in many enterprises and government institutions. Samsung tried to address some of the challenges by launching Enterprise Editions of its high-end devices and creating enterprise-deployment and management tools like Samsung Knox.

The Galaxy S9 and A8 Enterprise Edition models, launched earlier this year, were part of this strategy. It appears the company’s efforts are bearing some fruits as Netherlands’ Air Force has decided to deploy Galaxy S9 Enterprise Edition for 6,000 of its employees. Marking the beginning of the rollout, Samsung has handed over the first of the 6,000 devices to the Deputy Commander, Air Forces, General Major Mario Verbeek.

“The Air Force Command (CLSK) is in the middle of the transition to the 5th Generation Air Force. The focus is on information-driven action. This ambition, combined with good employment practices and the most effective use of staff, has made CLSK decide to provide every employee working within the CLSK with a smartphone in the form of a Samsung Galaxy S9,” said General Major Mario Verbeek commenting on the rollout.

While the Galaxy S9 Enterprise Edition is identical to the consumer model in terms of hardware, the former gets free firmware and security updates for four years. At the time of the launch, Samsung promised three years of monthly security updates and quarterly updates for the fourth year for the enterprise version, which is roughly a year more of support than the consumer variant. With regards to major Android OS updates, however, it appears even the Enterprise Edition devices will be limited to only two updates, similar to the consumer models.

Apart from extended support, Enterprise Edition models also come with tools like Knox Configure and E-FOTA on MDM to assist in large-scale deployment and management of devices in organizations.

Samsung’s 2020 QLED TV and soundbar lineups are being readied for market release in the Netherlands ‘in the coming weeks.’ The company has disclosed the prices for all of its latest products, ranging from the truly bezel-less Q950TS 8K TV and MX-T70 soundbar, to the more affordable T5300 32-inch TV and HW-T400 audio system. Samsung […]

After months of rumors and leaks, Samsung officially announced new Galaxy A models at the ongoing Mobile World Congress (MWC) in Barcelona. Though the leaks hinted as many as nine Galaxy A series devices under development, the company has unveiled only the Galaxy A30 and A50 for now. The other models are expected to launch […]

Galaxy S9 and Galaxy A8 Enterprise Editions launched in the Netherlands

Samsung introduced themes with the Galaxy S6 and the Galaxy S6 edge last year, and then the feature was introduced to other high-end and mid-range smartphones from the company. However, paid third-party themes were limited to a few markets, but that is changing slowly. Samsung has introduced paid themes in the Netherlands earlier today (paid themes […]

A study conducted by Deloitte found that more than 40% of smartphone users in The Netherlands own a smartphone made by Samsung, the same study puts Apple in second place, accounting for just 23% of the country’s smartphone users. The study’s participants were asked about the make of the smartphone they currently own as well […]