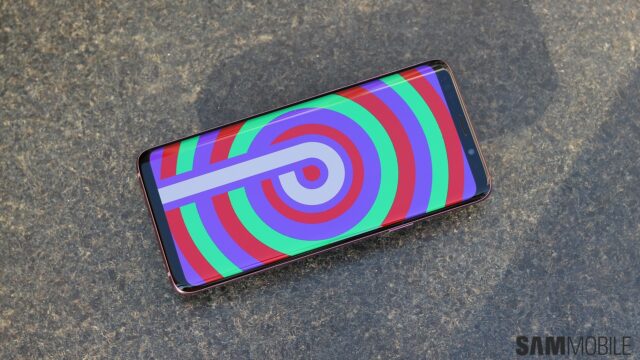 The Galaxy S9 and Galaxy S9+ Android Pie beta program has officially begun in all the phase one countries. The beta has gone live in Germany today, and we now have it running on a couple of our Galaxy S9s. Many of our readers will not be able to get into the beta program, either because it is not available in their country or because the slots filled up. We have already seen Android Pie in action thanks to leaked firmware, and we now have screenshots from the first Pie beta for you to check out.

One UI is a dramatic change to how Samsung’s Android software looks and functions. There’s finally a built-in dark mode for the entire user interface to go along with the beautiful AMOLED displays on Galaxy smartphones. And it looks stunning on the Galaxy S9. There are, however, many elements of the UI and Samsung’s proprietary apps that aren’t dark just yet. Functionally, the interface is now designed to make it easier for one-handed usage and to offer the information you need most at a glance. The Galaxy S9 also gets some new features, such as Scene Optimizer for the camera and gesture navigation as an alternative for on-screen keys.

Android Pie and One UI screenshots from first beta

As the beta program progresses, Samsung is likely to keep iterating and modifying the UI and features. What you see today may not be exactly the same when the official update rolls out, but the Galaxy S9 Android Pie screenshots are a good way to see what you can expect from the newest version of Android. Check them out below, and let us know what you think of One UI!