A new Galaxy A7 (2018) leak has surfaced online today and it shows three rear-facing cameras on the device. Samsung may release a handset with a triple-camera setup in the near future. The company has already said that it plans on introducing new technologies with mid-range devices first. This means that the Galaxy S10 may not be its first smartphone with three rear-facing cameras.

This Galaxy A7 (2018) doesn’t provide any further information about the specs of the device. We can see the triple-camera setup in the image and it’s also said that this device is going to have a side-mounted fingerprint sensor much like the upcoming Galaxy J6+.

The Galaxy A7 (2018) will be part of the new wave of mid-range devices from Samsung. It’s preparing them to better compete in this segment. It’s likely that the device may come with additional improvements. Reports suggest that the company’s new mid-range smartphones will introduce technologies such as an in-display fingerprint sensor and even a four-camera system at the back.

It’s unclear at this point in time when Samsung intends to launch this device. The company hasn’t dropped any hints about the Galaxy A7 (2018) so far. Are you looking forward to smartphones from Samsung that match what some of its Chinese rivals have been doing? Let us know in the comments below. 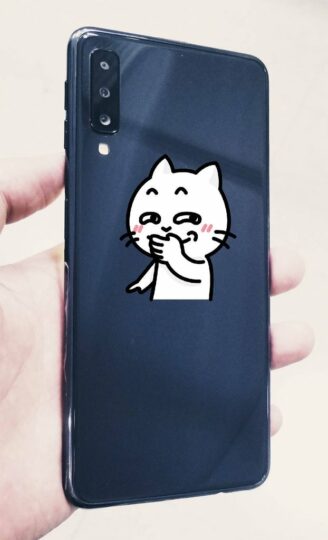 September security update rolling out for the Galaxy Tab S4, Galaxy A7 …