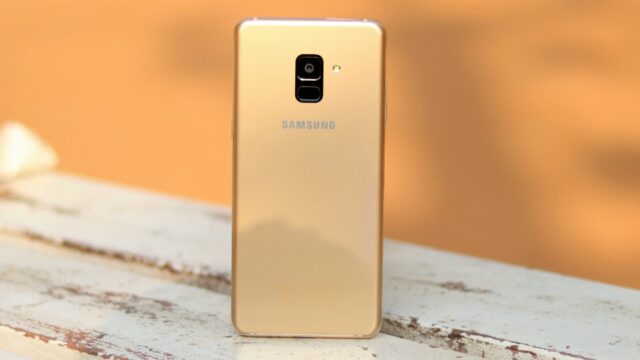 One major mystery regarding Samsung’s upcoming devices has finally been solved, if the latest tweet from Twitter leakster MMDDJ_ is to be believed. Remember that Galaxy S9 for China – model number SM-G8850 – that popped up on TENAA with specs from the Galaxy S9+ and an iPhone-like design? Well, that device’s TENAA listing has now been updated with mid-range specs and it will reportedly be launched as the Galaxy A8 Star. The SM-G8750, meanwhile, is confirmed to be the Galaxy S8 Lite, just as we had speculated recently.

The Galaxy A8 Star seems to be an upgraded Galaxy A8+ (2018) for China, possibly as an answer to phones from companies like Vivo and Oppo as suggested by the 24-megapixel and 16-megapixel rear camera pair. The front camera resolution isn’t mentioned, but the pictures suggest the A8+’ dual front camera isn’t coming along for the ride. The screen size has been increased to 6.3 inches (though the resolution remains Full HD+) and the battery capacity is 3,700 mAh, 200 mAh more than the A8+.

The processor and RAM seem to be the same – an Exynos 7885 processor with eight cores and 4GB of RAM. A 6GB RAM variant is probably in the works as well, as it would otherwise be a downgrade over the A8+. TENAA says there’s 64MB of storage, which likely means 64GB, and on the software front, you get Android 8.0 Oreo out of the box. Yes, your Galaxy A8 (2018) or A8+ might not be getting the Oreo update anytime soon, but the Galaxy A8 Star will certainly be running the latest and greatest version of Android upon launch, as any device should.

As for the Galaxy S8 Lite, the specs seem to be similar to the A8 Star. It was spotted with the Snapdragon 660 SoC (which should be comparable to the Exynos 7885), 4GB of RAM, 64GB of storage, and Android 8.0 Oreo. The display resolution is 2220×1080 pixels, and while Samsung’s flagships come with Full HD as the default resolution even though the display can go up to Quad HD (or HD+, if it’s an Infinity display), it’s unlikely that the same will be the case for a Lite version of the Galaxy S8 with a mid-range processor.

And, as usual, these phones will have to go official before we can believe any of the leaks and rumors, as solid and accurate as they may seem at the moment. These devices are also likely to be exclusive to China as the company looks forward to reclaiming some of its recently lost popularity in the country, though the Galaxy A8 Star looks better poised to help Samsung do that compared to the Galaxy S8 Lite.