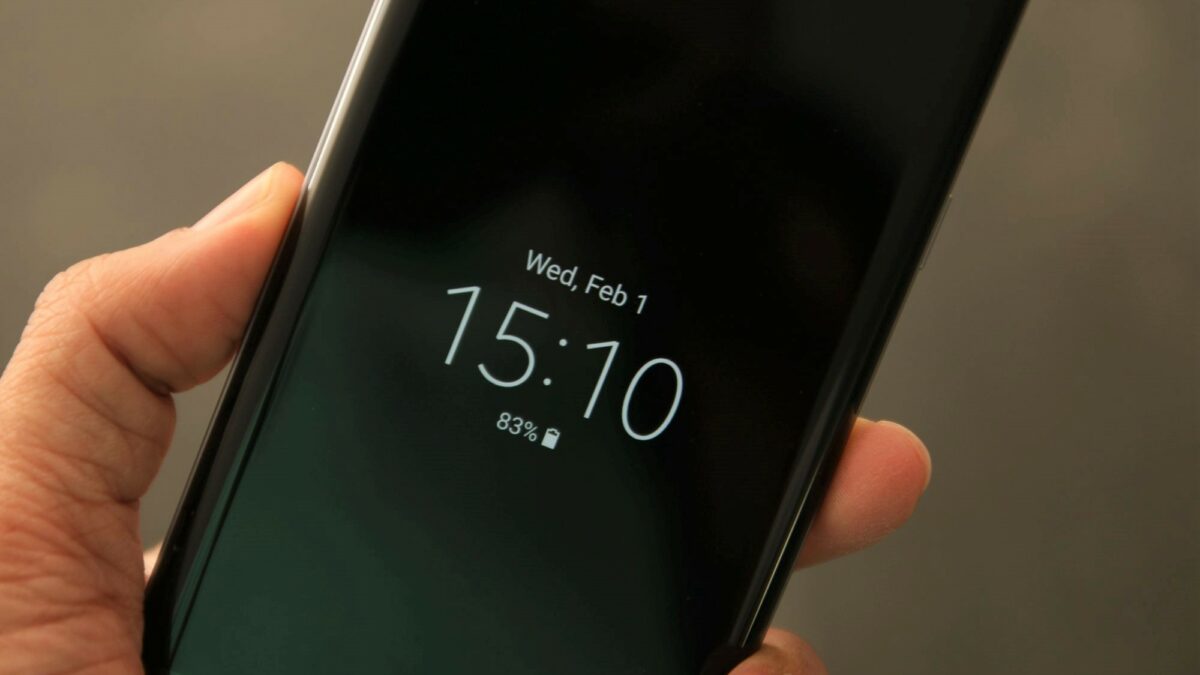 Samsung has today released the second build of its Android 8.0 Oreo beta for the Galaxy S8 and Galaxy S8+ in the United Kingdom–and, among other things, it transports a number of new clock styles for the Always-On Display (AOD).

Before we dive into them, however, we’d like to take a second to remind you that we’ve detailed all of the changes included in the first build as part of our brand new What’s New With Android 8.0 Oreo series, so be sure to check it out.

The new clock styles come in all shapes and sizes

Now for the part you’ve all been waiting for: the new clock styles come in all shapes and sizes (pictured below), and best of all, they’re customizable, in the sense that you can alter the color they adopt on both the AOD and Lock Screen.

We’re still toying around with the new offerings and will be sure to update this post if we discover any drastic new features tucked away in the Clock Styles hub, which can be accessed by opening up Settings, followed Lock Screen and Security. 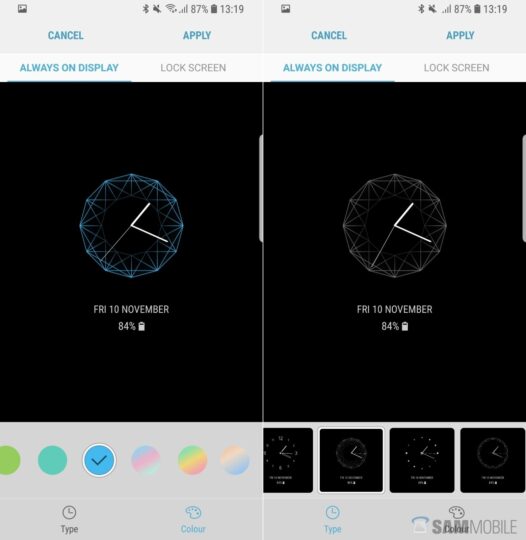 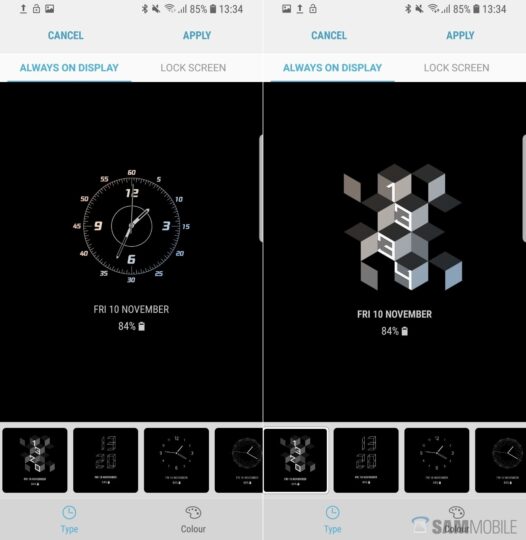