It has been close to a month since Google released the final version of Android 8.0, and we had reported earlier this month that Samsung has started the development of Android 8.0 for its flagship smartphones: Galaxy S8 and Galaxy S8+. Now, the Galaxy S8 has been spotted on Geekbench running Android 8.0.

As spotted by GalaxyClub, you can see the Galaxy S8 running Android 8.0 in the image below. Samsung will surely release the Oreo update for its high-end smartphones, including the Galaxy S8, Galaxy S8+, Galaxy Note 8, and the Galaxy S7 duo in the coming months.

Don’t own the Galaxy S8? You can see if your device is slated to get the Android Oreo update in our dedicated list. 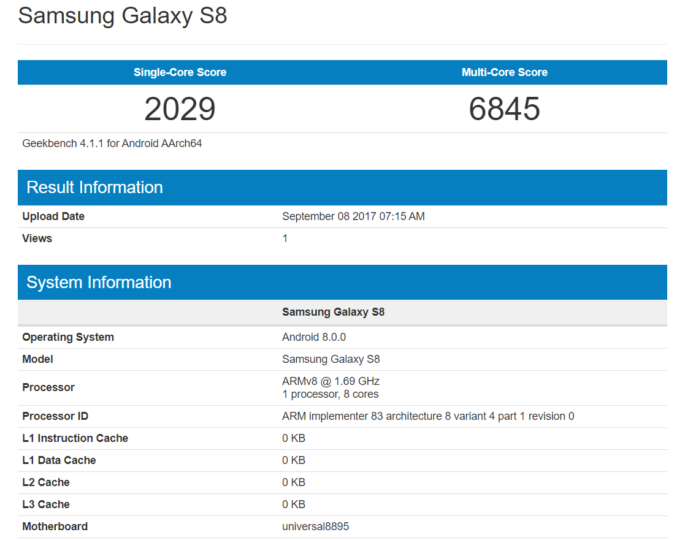