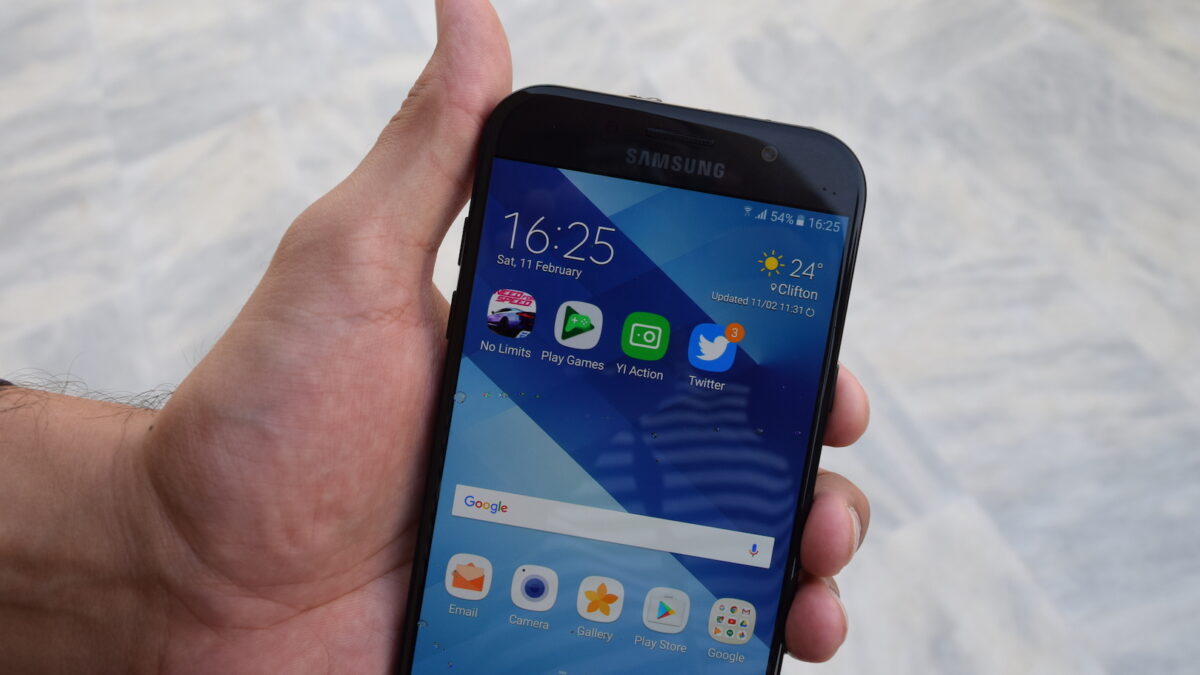 A variant of the Galaxy A7 (2017) has been approved by the Wi-Fi Alliance running Android 7.0, leading us to believe that Samsung is planning on distributing the much-anticipated Nougat update for the handset in the not-too-distant future.

Last week, Samsung released the Galaxy A7 (2017) in South Korea and it had a surprising feature on board: Bixby. It’s unclear whether the firm has baked the assistant into the upcoming build of Android 7.0 for Asia, but we’re guessing it has.

After all, Samsung has announced that its objective is to bring Bixby to not only its smartphones, but also its home appliances and tablets. To meet that goal, all of its latest handsets need to have the functionality, including the Galaxy A7 (2017).

Available in four colors — Black Sky, Blue Mist, Gold Sand and Peach Cloud — the Galaxy A7 (2017) is priced at approximately $510, which, as we noted in our review, is a fair price to pay for a mid- to high-end smartphone.