All 2015 models of the Galaxy Tab S2 – SM-T810, SM-T815 and SM-T817 – have paid a visit to the Wi-Fi Alliance for certification purposes. They have now been certified with Android 7.0 Nougat onboard. This means that a big step has now been taken towards the eventual rollout of said update.

Samsung has not yet confirmed precisely when it’s going to release Nougat for the Galaxy Tab S2 but it shouldn’t be too long now. Perhaps it will make us wait until the Galaxy Tab S3 is out. Its next-generation flagship tablet is expected to be launched at the Mobile World Congress 2017 in Barcelona next month. 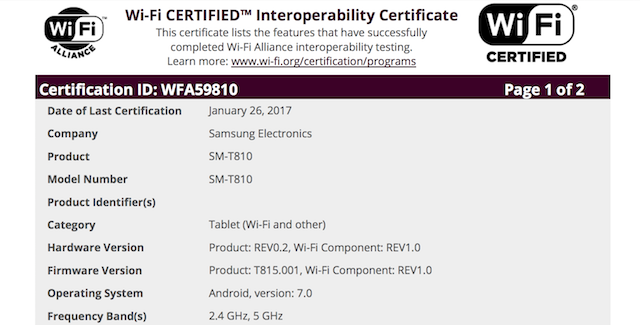