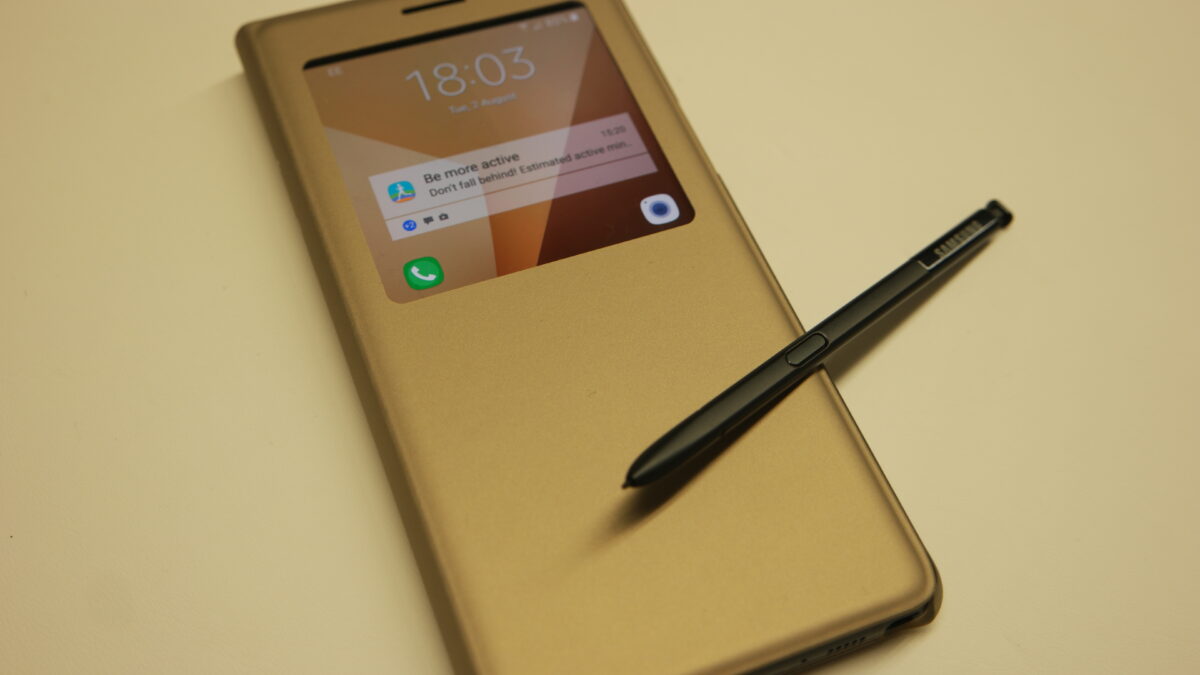 S View Covers made their debut appearance when the Galaxy S4 hit the shelves back in March 2013, and it’s safe to say that during their three years on the market they’ve come a long way both in terms of design and functionality. Samsung took the wraps off its most advanced S View Cover to date at the Galaxy Note 7’s unveiling event back in August, and after having a little time to play around with the case, we’re pleased to report that this latest iteration doesn’t disappoint.

Not only is it significantly thinner and constructed out of a more premium soft touch plastic than its predecessor, but the all-new S View Stand Cover is also more practical. The inclusion of an integrated stand means that you can position your device at an 80-degree angle for media playback on a solid surface wherever you are without the need for additional accessories. To activate the stand, you simply fold the front of the case backwards, then rest the handset on its right-hand side. 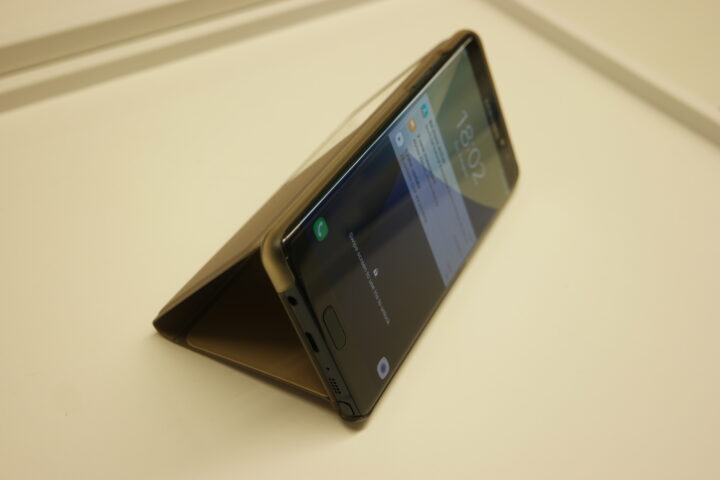 I was pleasantly surprised by how sturdy the stand was once erected. I felt comfortable detaching the S Pen from my Galaxy Note 7 and using it to scribble notes on a PDF while in its propped-up position. With that being said, the fact that the S View Standing Cover only supports one angle became frustrating when the sun began to reflect off of the display, rendering it useless. I would have preferred it if Samsung had incorporated a flexible design so that users can select their own stance. 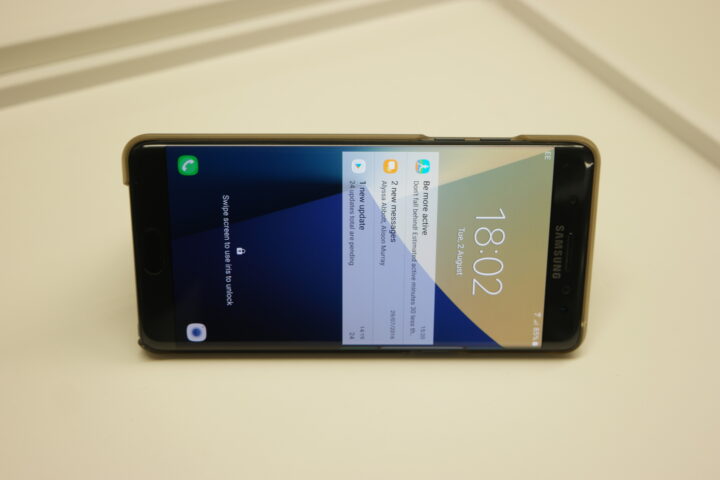 However, I fear that if the firm implemented an adjustable stand, it would have sacrificed the simplicity that makes the S View Standing Cover so appealing. I can’t imagine a situation where this case won’t come in handy, and its sub-$50 price tag isn’t overwhelming enough to put you off purchasing it, either. I believe that Samsung has hit the nail on the head this time as this truly is a must-have accessory for every Galaxy Note 7 owner.