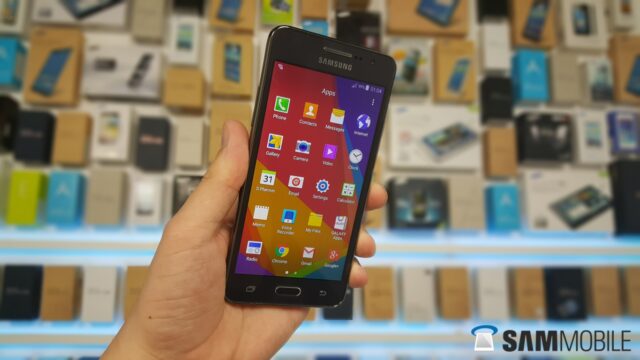 Two weeks ago, an unidentified Galaxy-branded smartphone was spotted in an Indian import database carrying the model number SM-G532F. Unfortunately, at the time, information surrounding the handset was a little sparse, but we quickly concluded that we were looking at the successor to the Galaxy Grand Prime that launched back in 2014 bearing the model number SM-G531F.

Now, however, the handset — dubbed the Galaxy Grand Prime (2016) — has been spotted on the official Geekbench website, shining some light on its specifications. The benchmark results reveal that the handset, which is expected to launch later this year, will sport a 1.4GHz quad-core processor, 1.5GB of RAM and will ship running Android 6.0.1 Marshmallow. 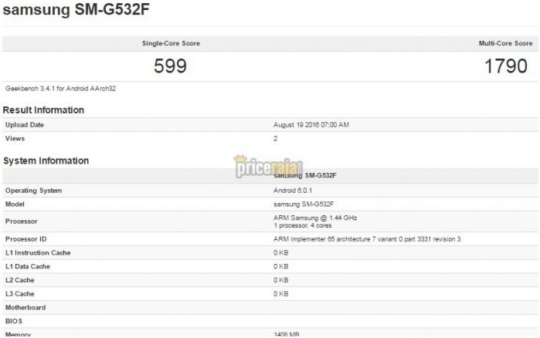