This is the Samsung Galaxy Tab A 10.1 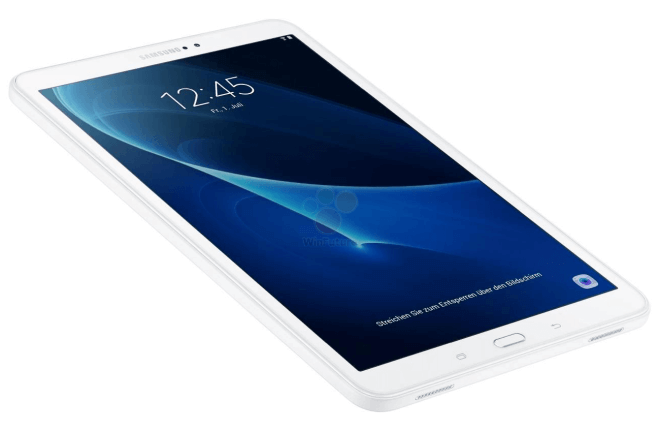 The Galaxy Tab A 10.1 has leaked out before, with the tablet even being listed on Samsung’s website a couple of months ago. A reputed source has now outed the tablet in all its glory, revealing press images in the process. As expected, this is the company’s new mid-ranged offering and will be available in both Wi-Fi only (SM-T580) and LTE (SM-T585) variants.

As far as the design is concerned, we don’t see any drastic changes barring one i.e. the speaker placement. The company has opted to use stereo speakers here, which can be spotted at the bottom. This means that there would be no muffling of audio if the tablet is placed on a flat surface (but it would pose a problem if the tablet is placed in portrait orientation on your lap).

In terms of internal hardware, we’re expecting a 10.1-inch Full HD or 1920 x 1200 resolution display as well as an octa-core 1.6 GHz Exynos 7870 chipset. In the camera department, the Galaxy Tab A 10.1 is sporting an 8-megapixel rear camera and a 2-megapixel front camera, which is fairly decent for a mid-range offering. Rounding off the specs sheet is 16GB of internal storage (expandable), 2GB of RAM, Android 6.0.1 Marshmallow, and a 7,300 mAh battery. 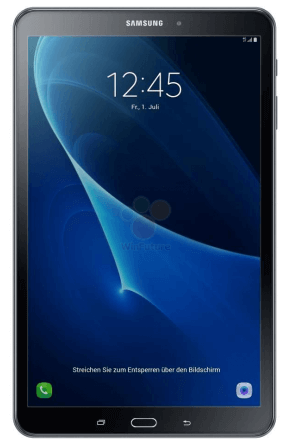 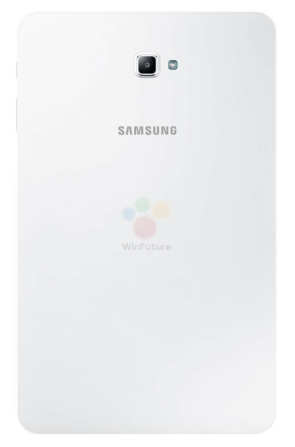