The box is different from the one used for the Galaxy S6 and the Galaxy S6 edge, it’s not white, and has a flap that lifts up from the right side to reveal the contents. Font placement is pretty much the same with the storage capacity and handset color mentioned at the top right corner. The back of the box confirms specifications, we already know that the Galaxy S7 edge will feature a 5.5-inch Quad HD AMOLED display, a 64-bit octa-core processor, 12-megapixel rear and 5-megapixel front camera, IP68 water and dust resistance rating as well as built-in wireless charging.

Samsung is expected to start taking pre-orders for the Galaxy S7 and the Galaxy S7 edge after the announcement today with shipments likely to begin by March 11 in launch markets. 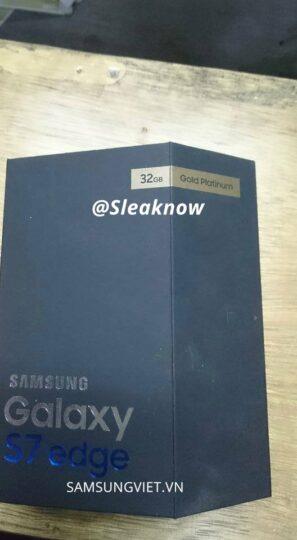 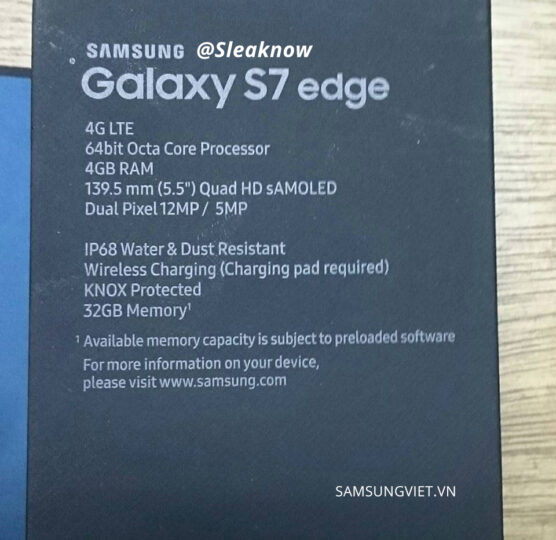