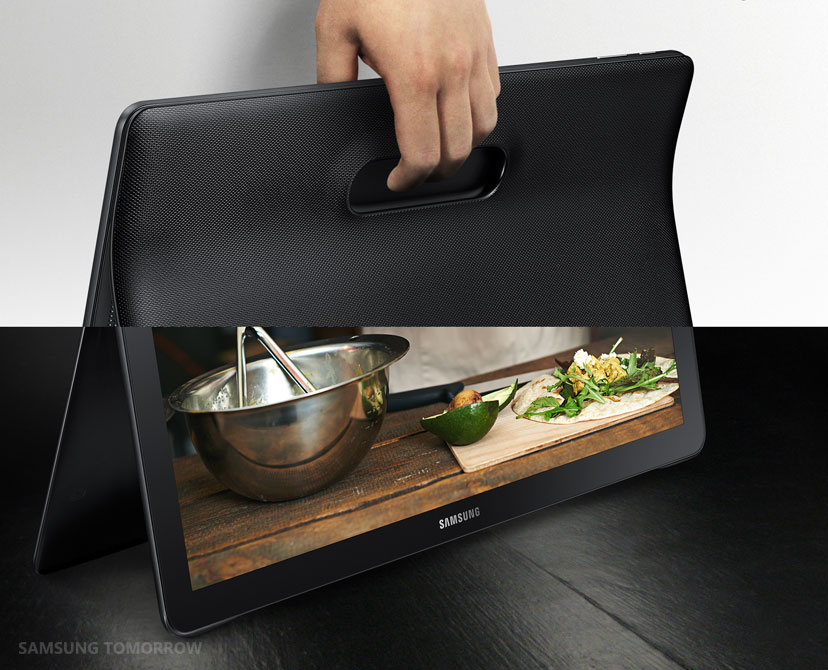 You might remember that we were the first ones to report earlier this year that Samsung had started developing an 18.4-inch Android tablet which the company later confirmed as the Galaxy View. It teased the tablet a couple of times and over the past month or so multiple reports came out and revealed much about the tablet. Yesterday Samsung formally announced the Galaxy View and confirmed its specifications, now we have the price and release date for this big tablet.

Customers in the United States will be able to purchase the Galaxy View from November 6 for $599, this is for the Wi-Fi only model, a LTE model is going to be sold through a carrier and if history has taught us anything it will most likely be AT&T. Pricing and availability for the LTE model will be confirmed by the carrier so there may be some wait involved. The Galaxy View is meant to be used purely for enjoying content on its large 18.4-inch full HD display, that’s what a major chuck of the $599 price tag buys, rest of the specifications aren’t really that spectacular since it has a 1.6GHz octacore processor, 2GB RAM, 32GB internal storage with external expansion via microSD card and Android 5.1.1 Lollipop.