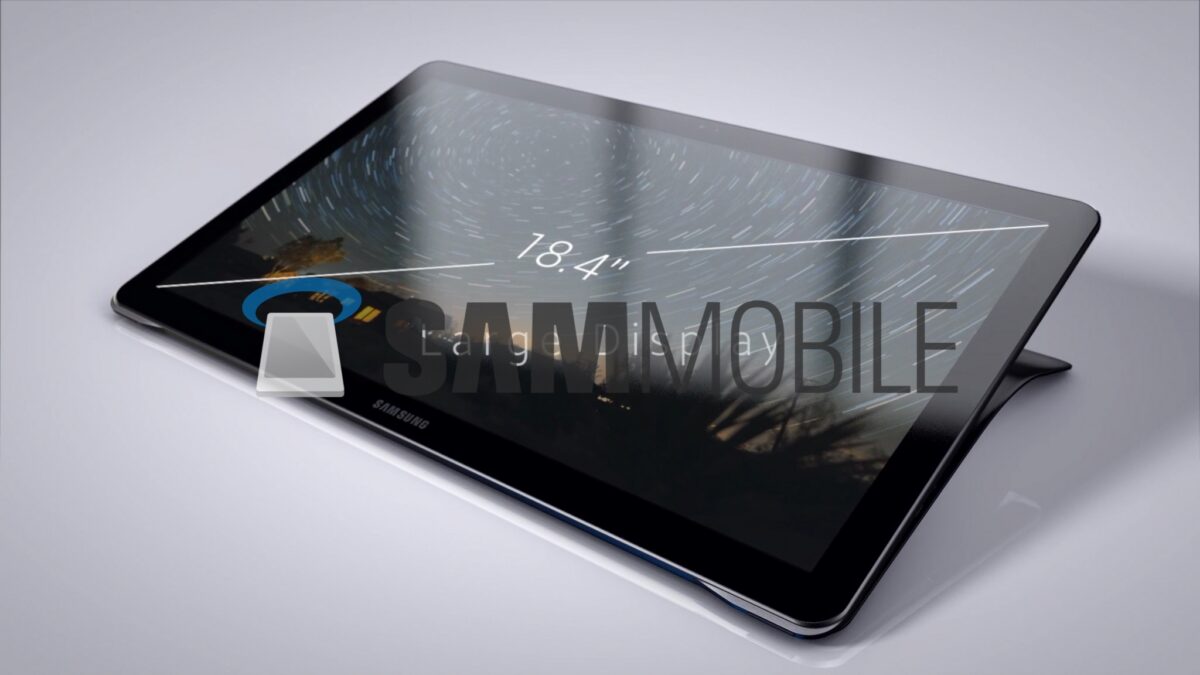 Samsung has been working on a giant Android tablet, the biggest in its lineup, called the Galaxy View. Information on the tablet has been making the rounds online for some time, and we have now managed to obtain exclusive images showing the 18.4-inch monster in all its glory. Thankfully, the Galaxy View is not a monster when it comes to looks; indeed, Samsung seems to have taken the design aspect seriously, as the device looks rather good despite its large size and what should be mostly mid-range hardware if we are to go by previous leaks.

In fact, Samsung has put in a lot of effort to make the design stand out. Do you notice how the home button is missing? Yep, this is the first time in a couple of years that we are seeing a Samsung tablet without the company’s traditional hard home button. The images might not show them clearly, but the tablet will feature on-screen navigation buttons. It’s not totally surprising, as pressing an actual button wouldn’t be convenient on a display of this size.

Also notable is the tablet’s dock. It’s not a traditional dock, no doubt because of the large display, and we love the rather funky way the dock folds out at the back and also has a handle to make it easy to carry around. Oh, and it seems there is a front-facing camera on this thing, a feature that wasn’t mentioned in the device’s listing on the GFXBench benchmark.

These are promotional images so we suspect the Galaxy View might not look as classy in real-life, but it’s good to see it’s not just a haphazard attempt from the Korean giant at making a huge tablet. Check out all the pictures below, and let us know what you think of the tablet down in the comments! 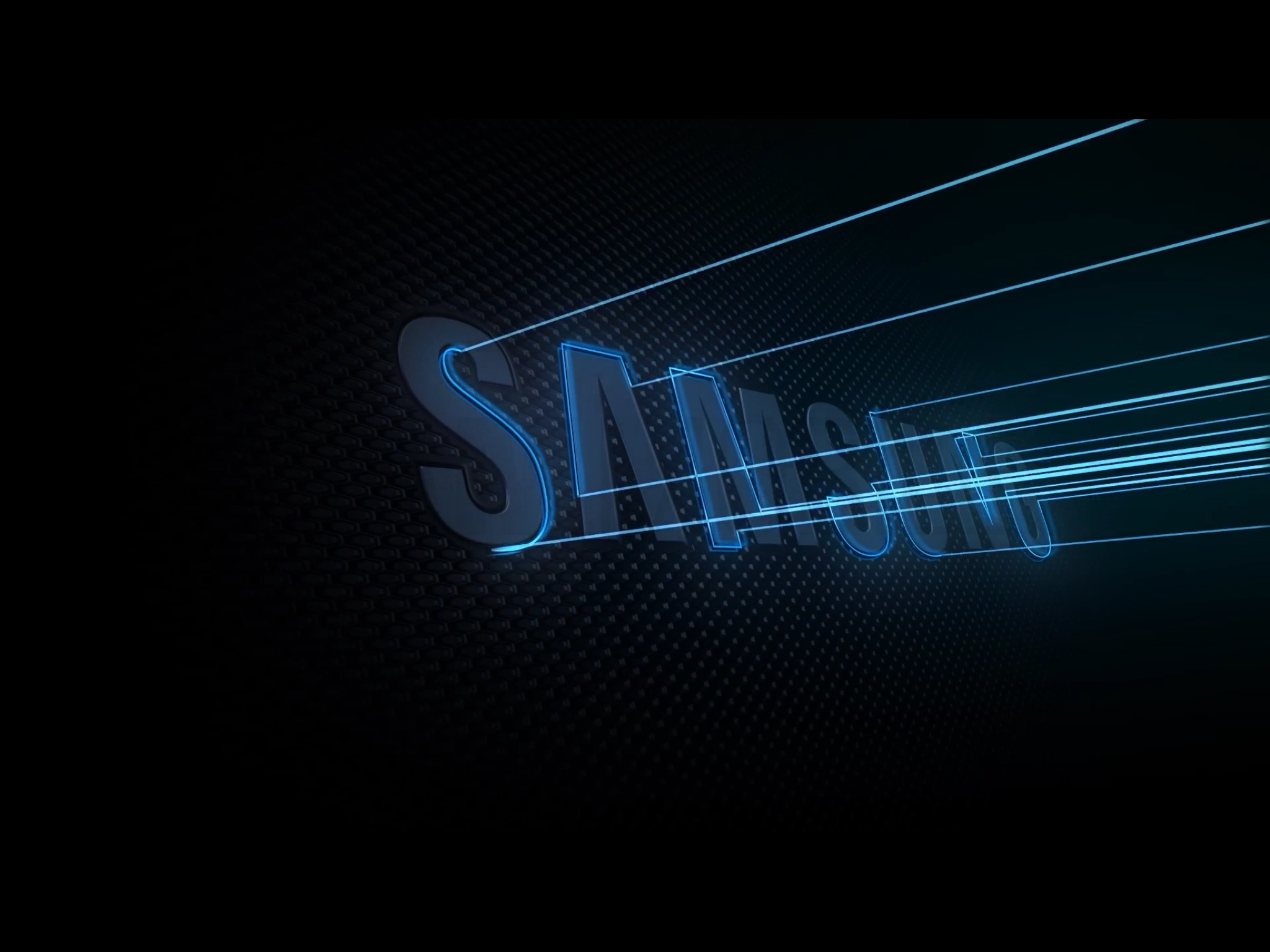 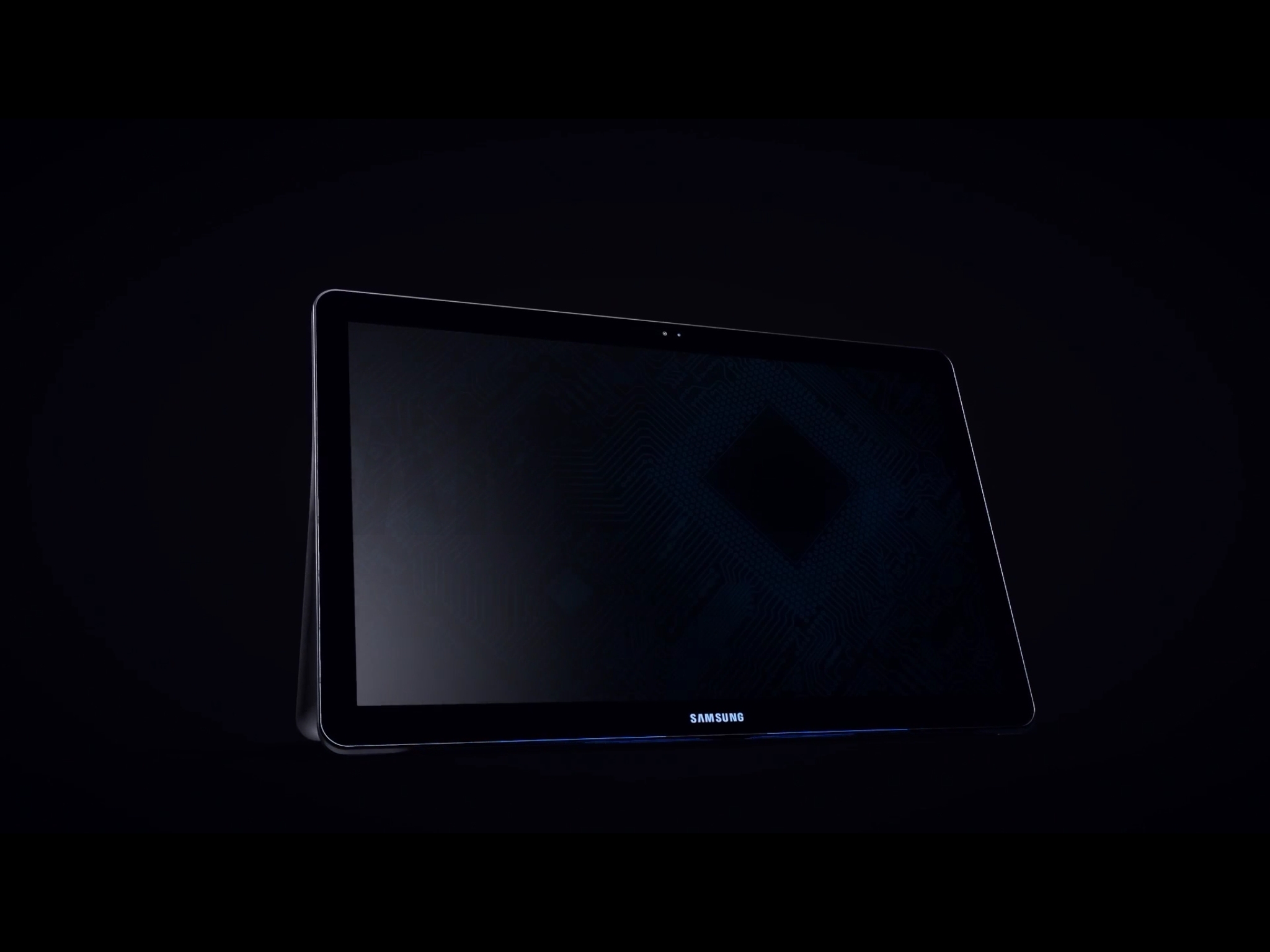 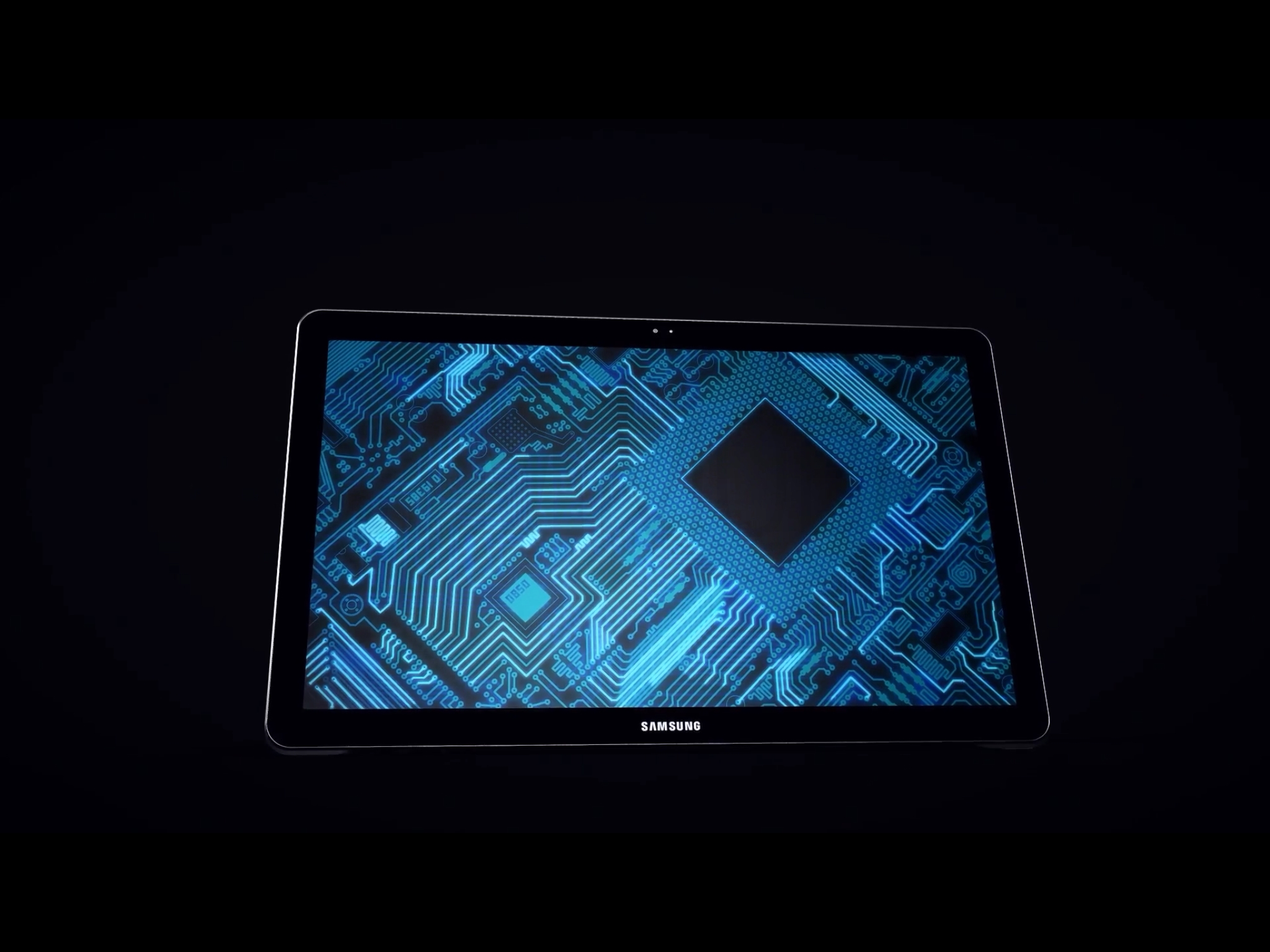 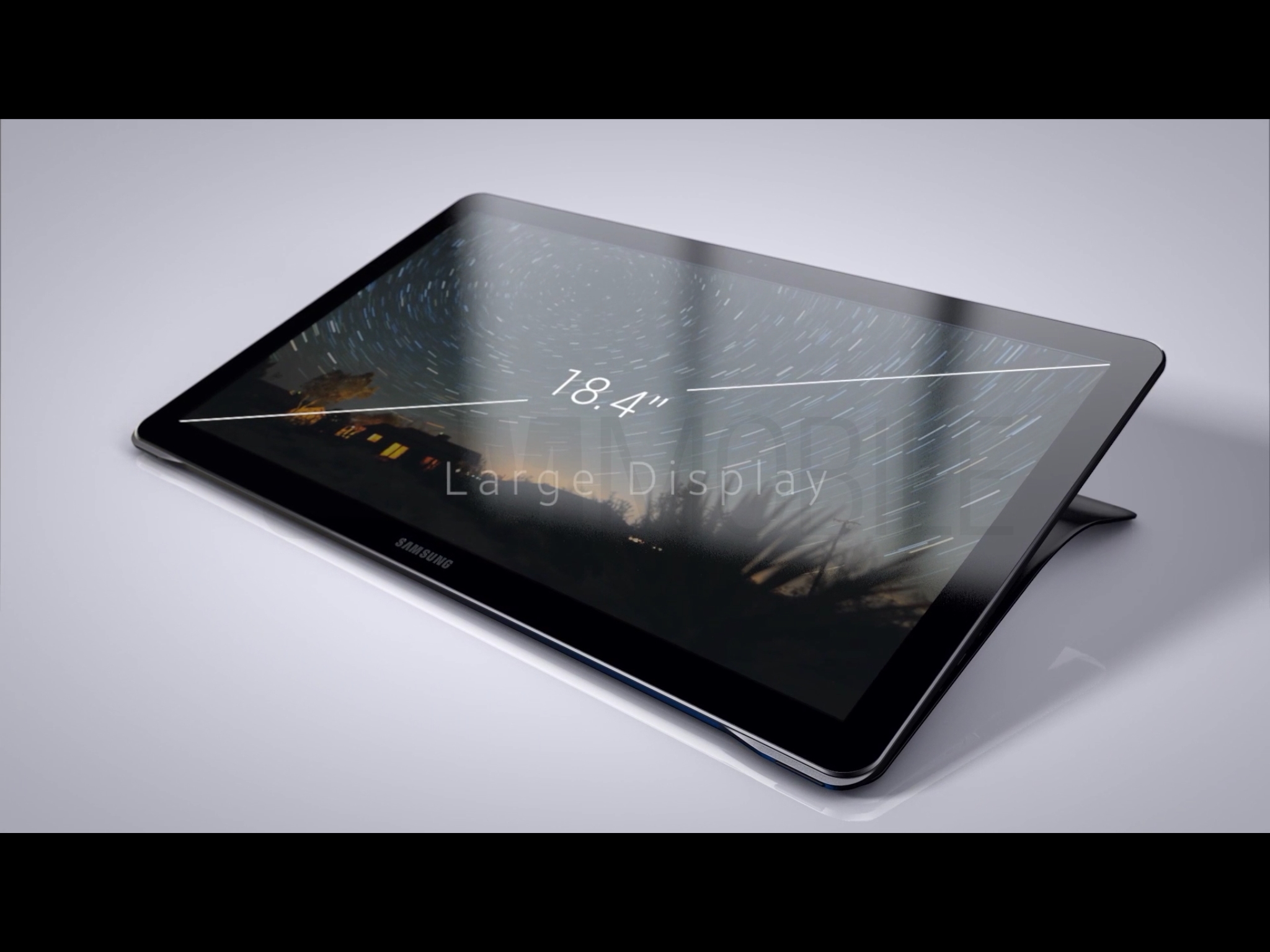 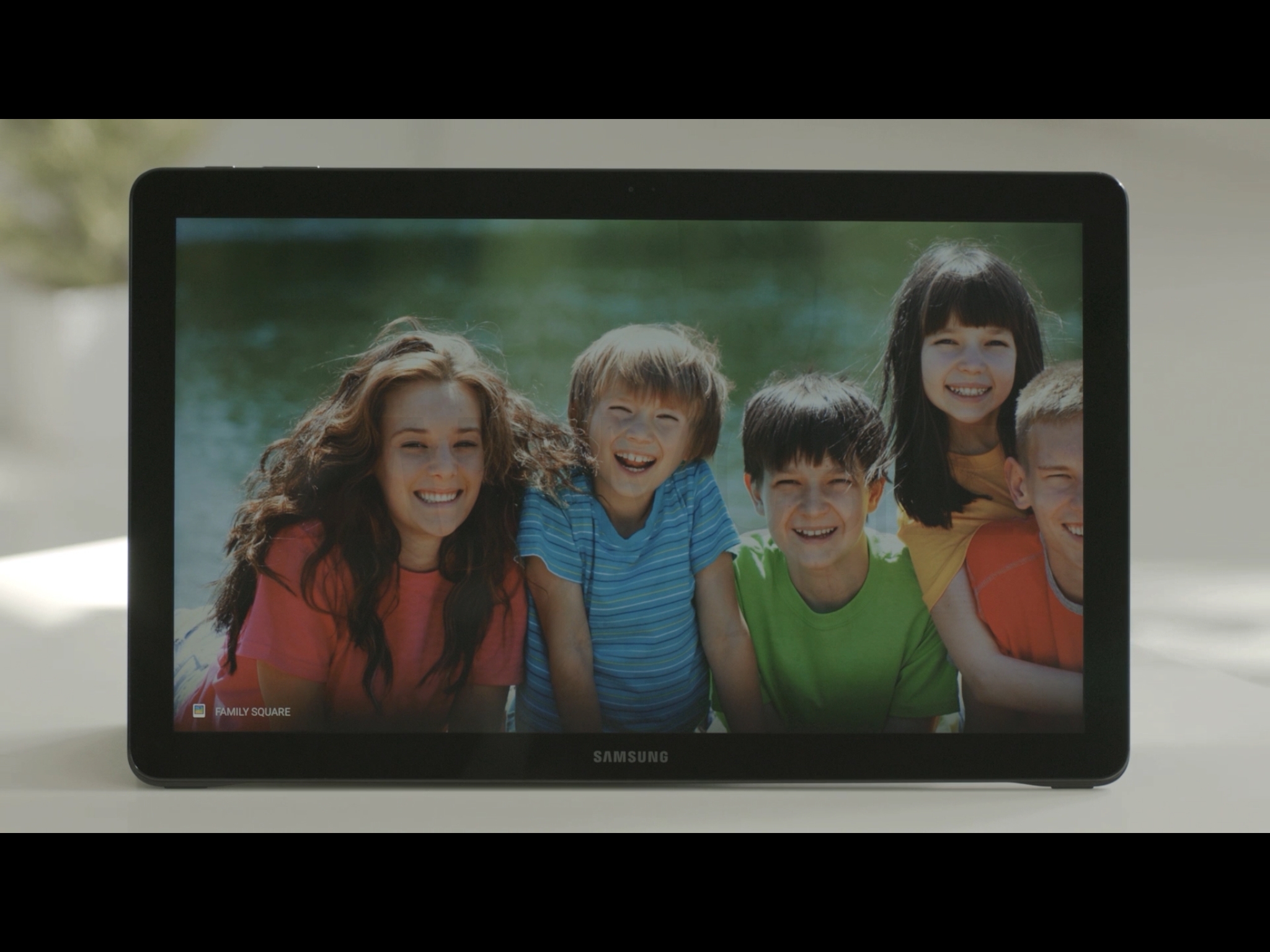 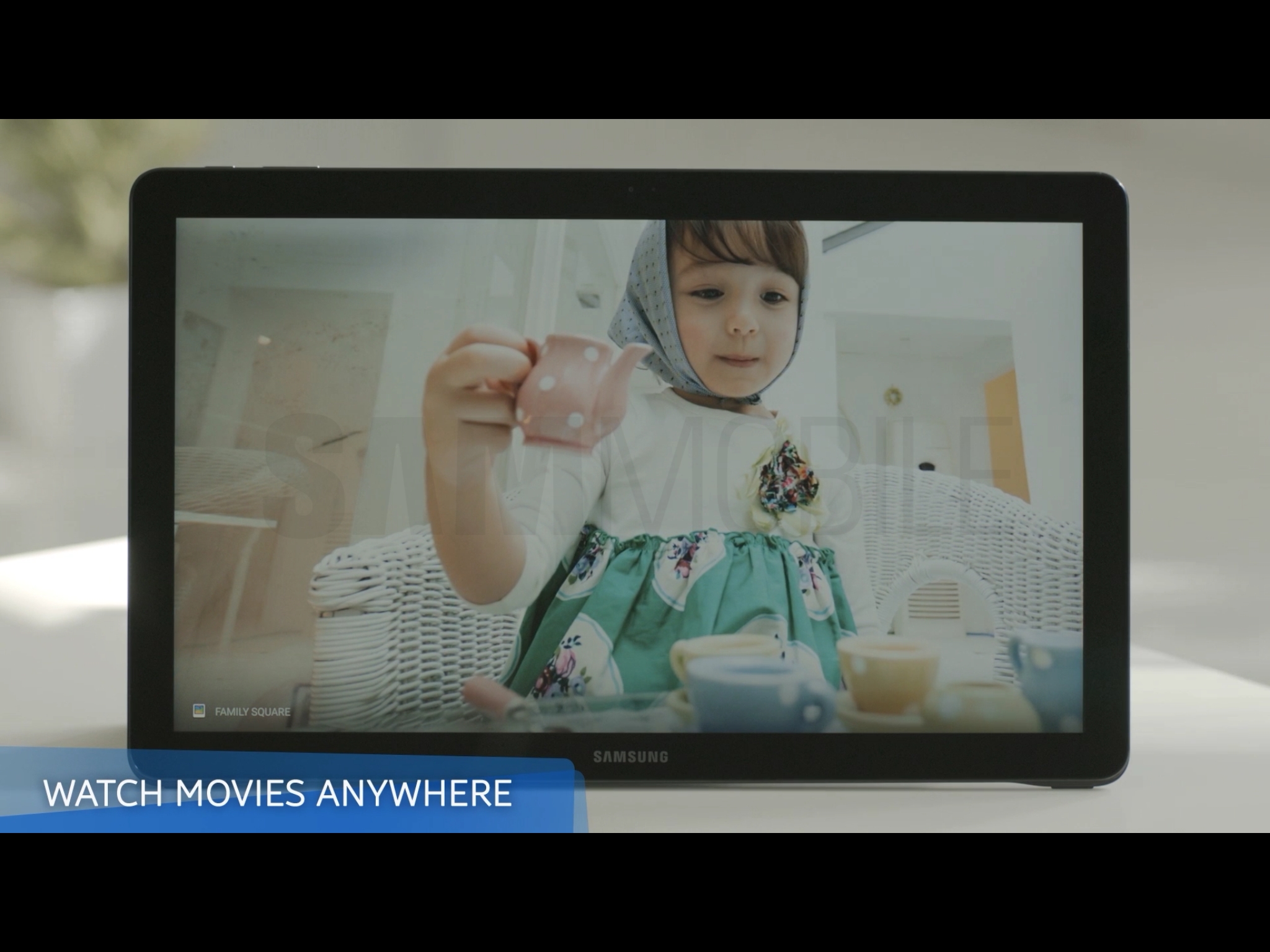 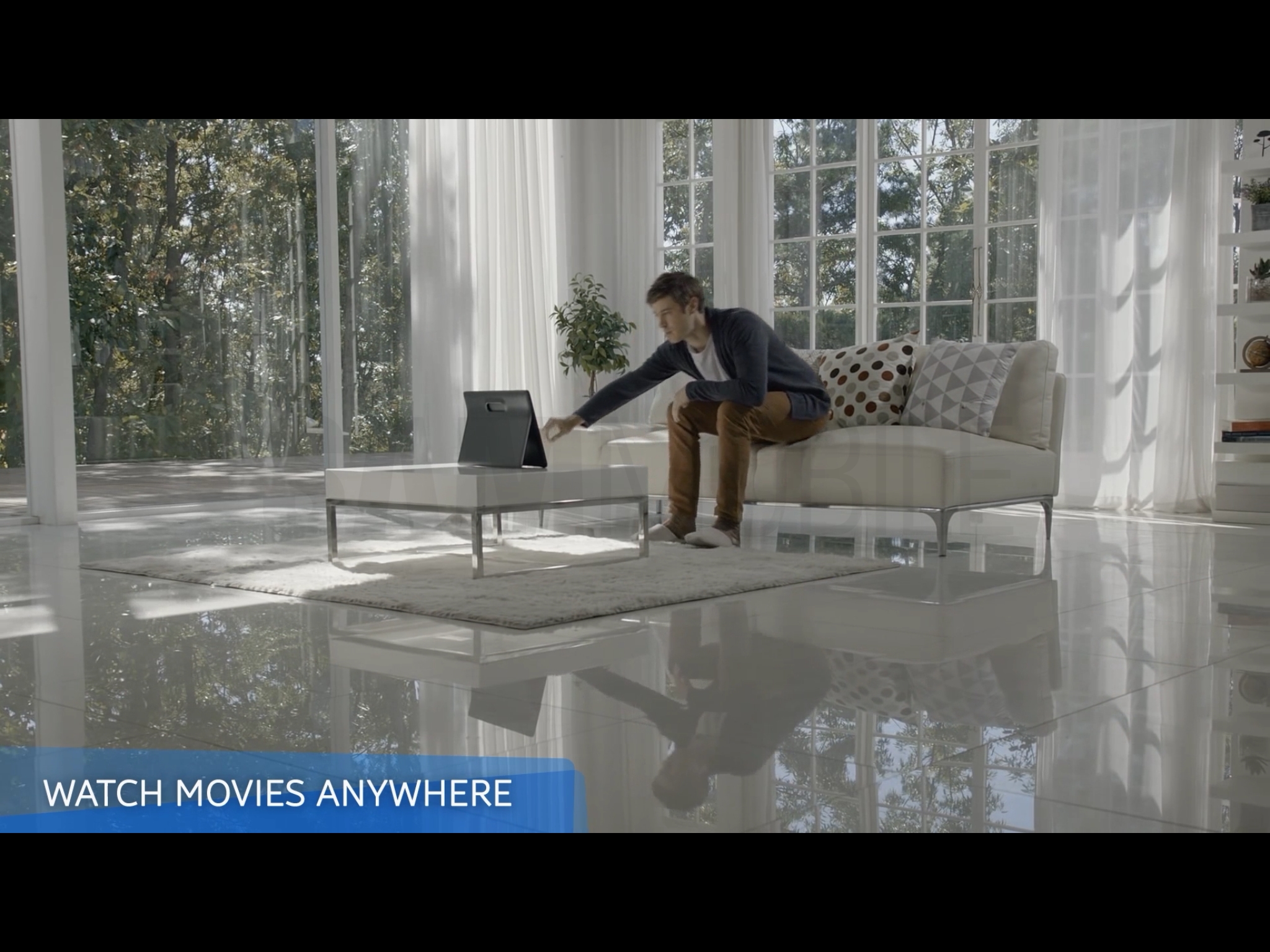 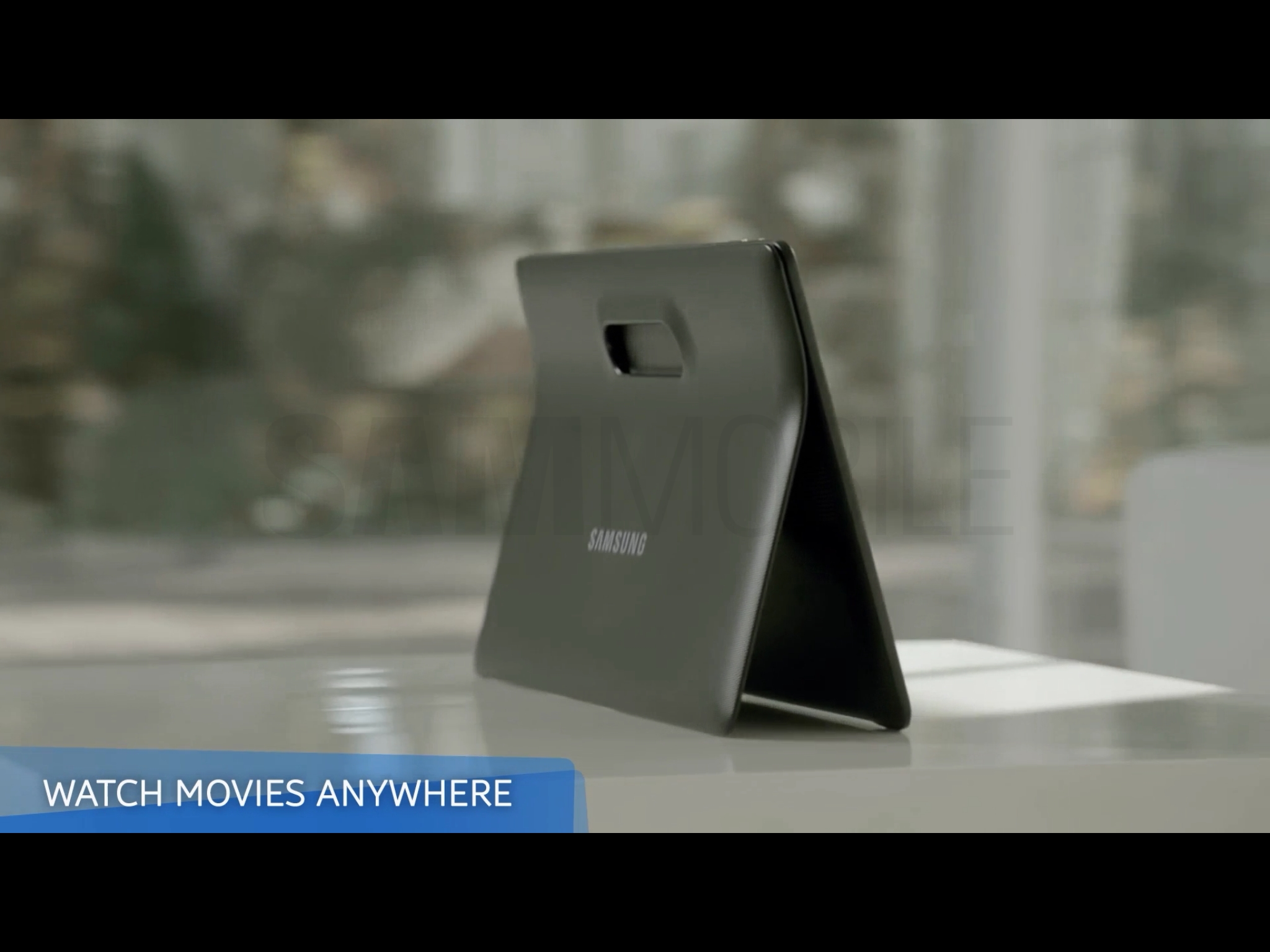 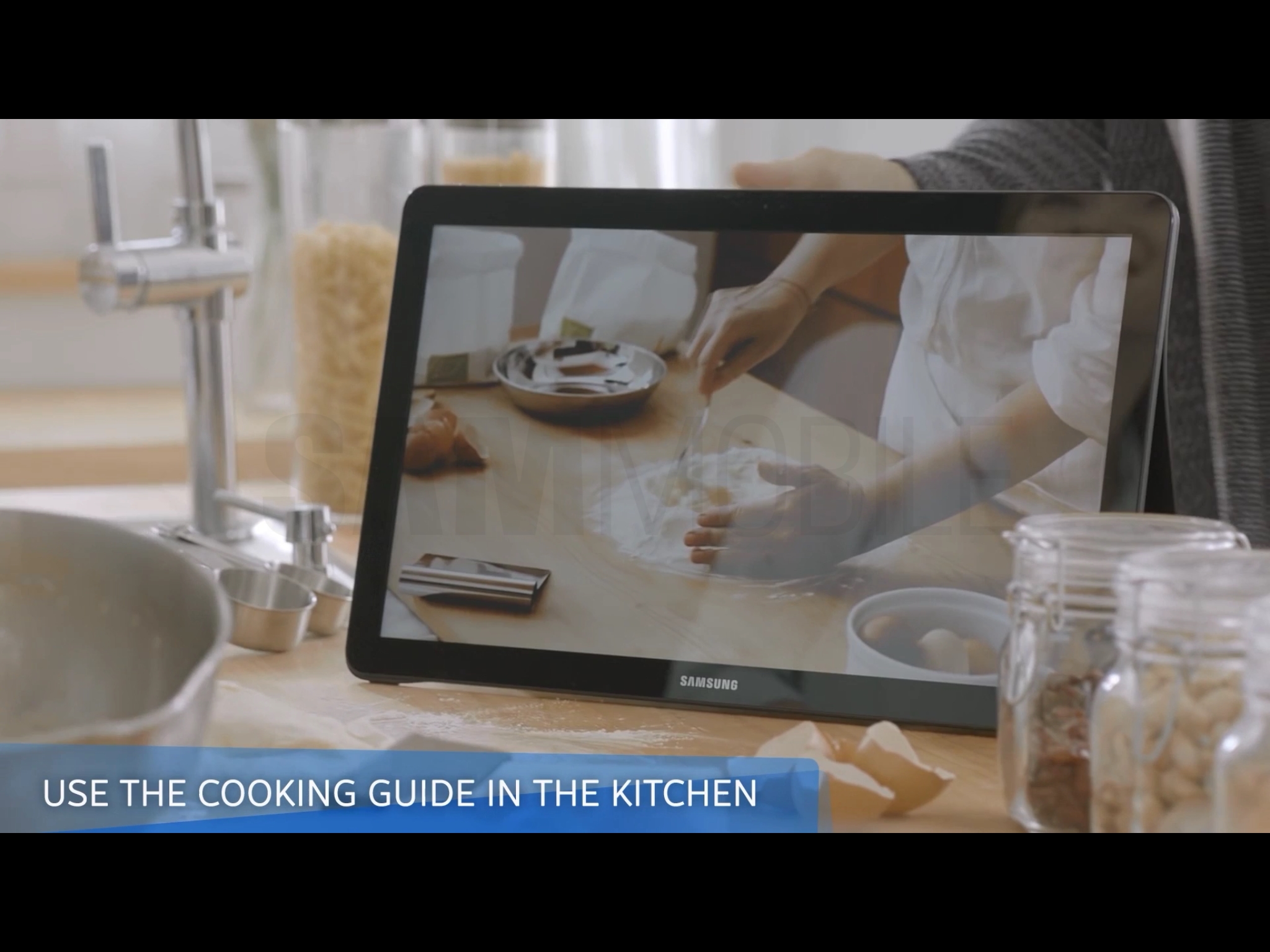 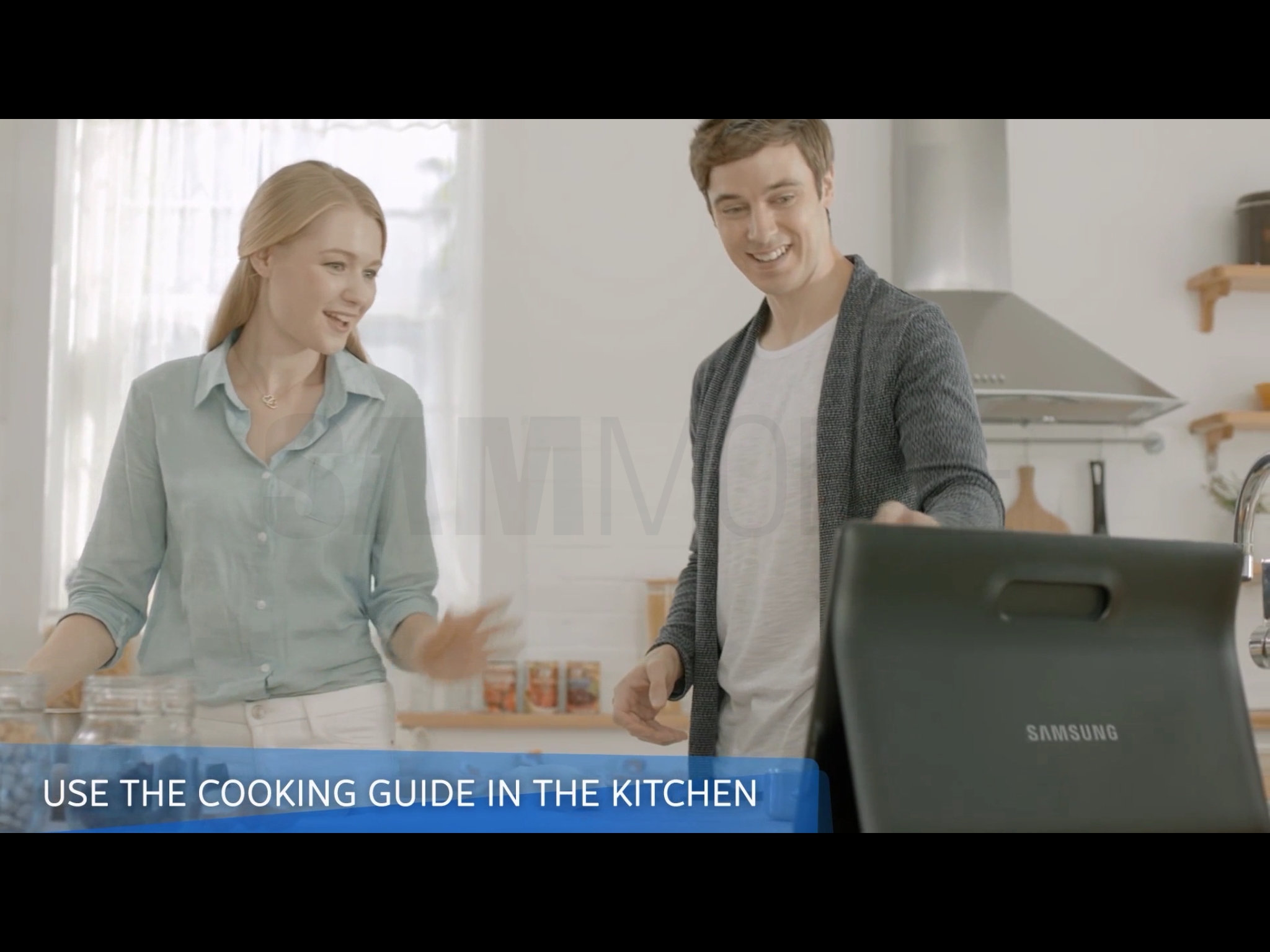 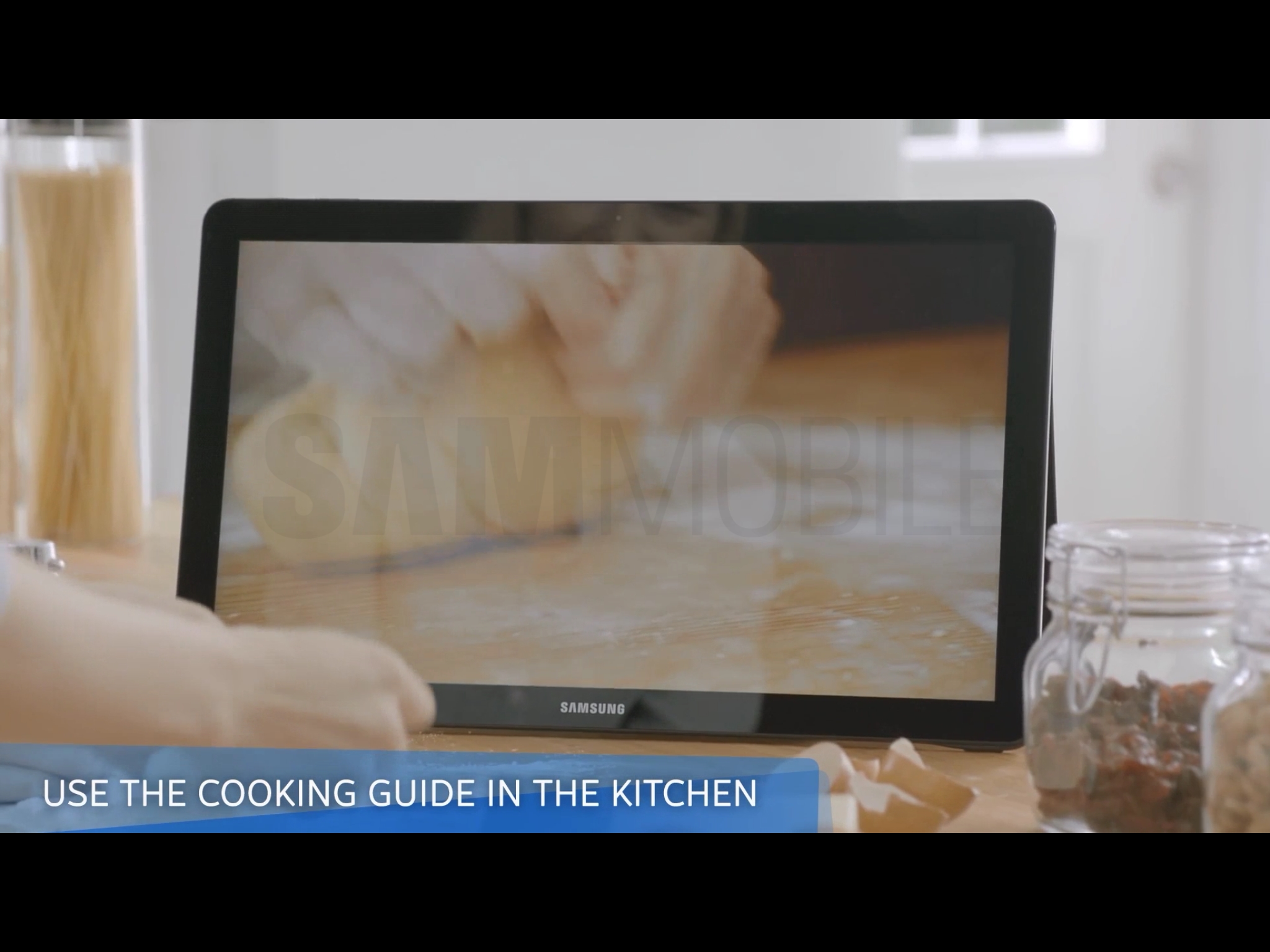 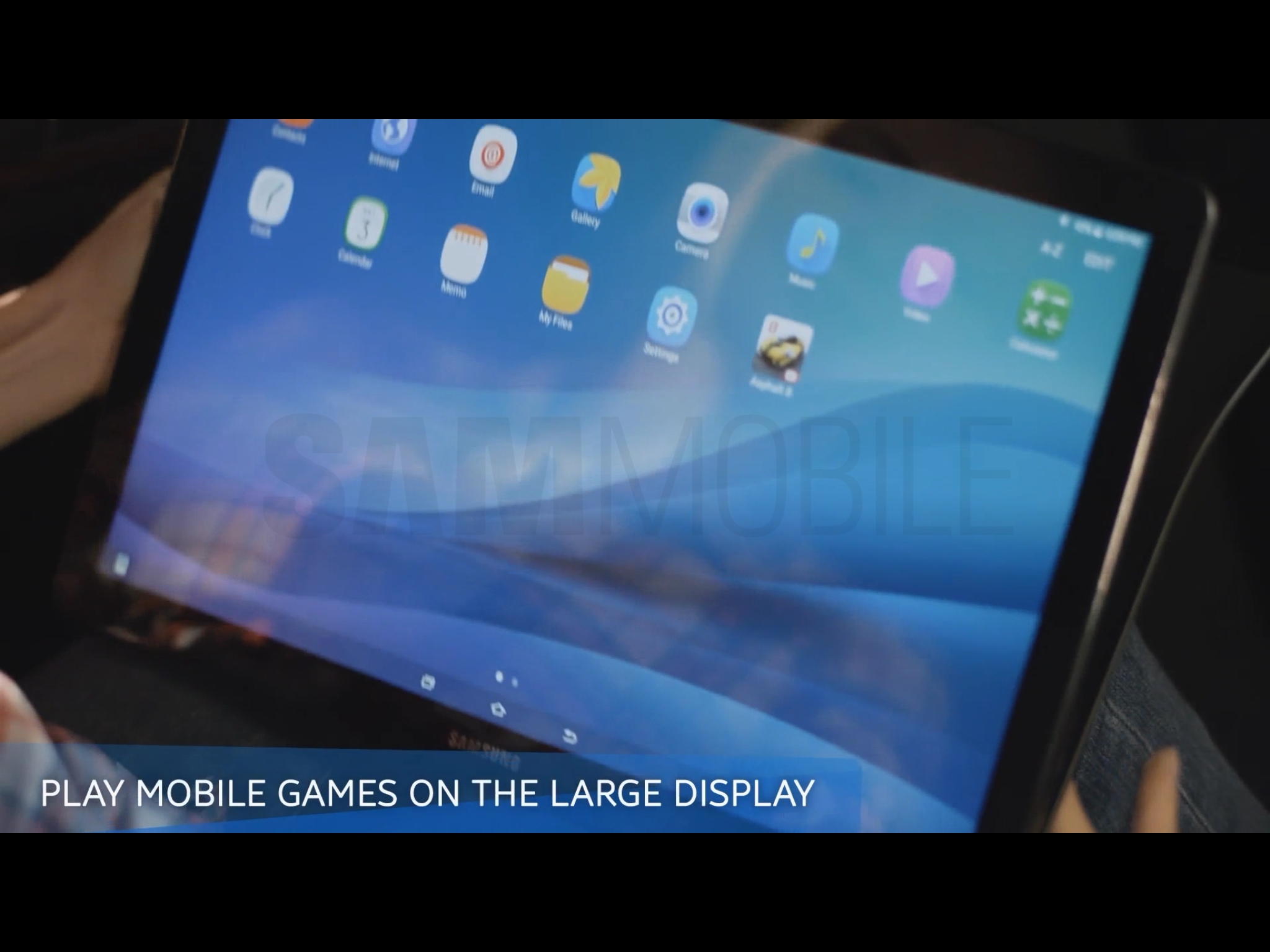 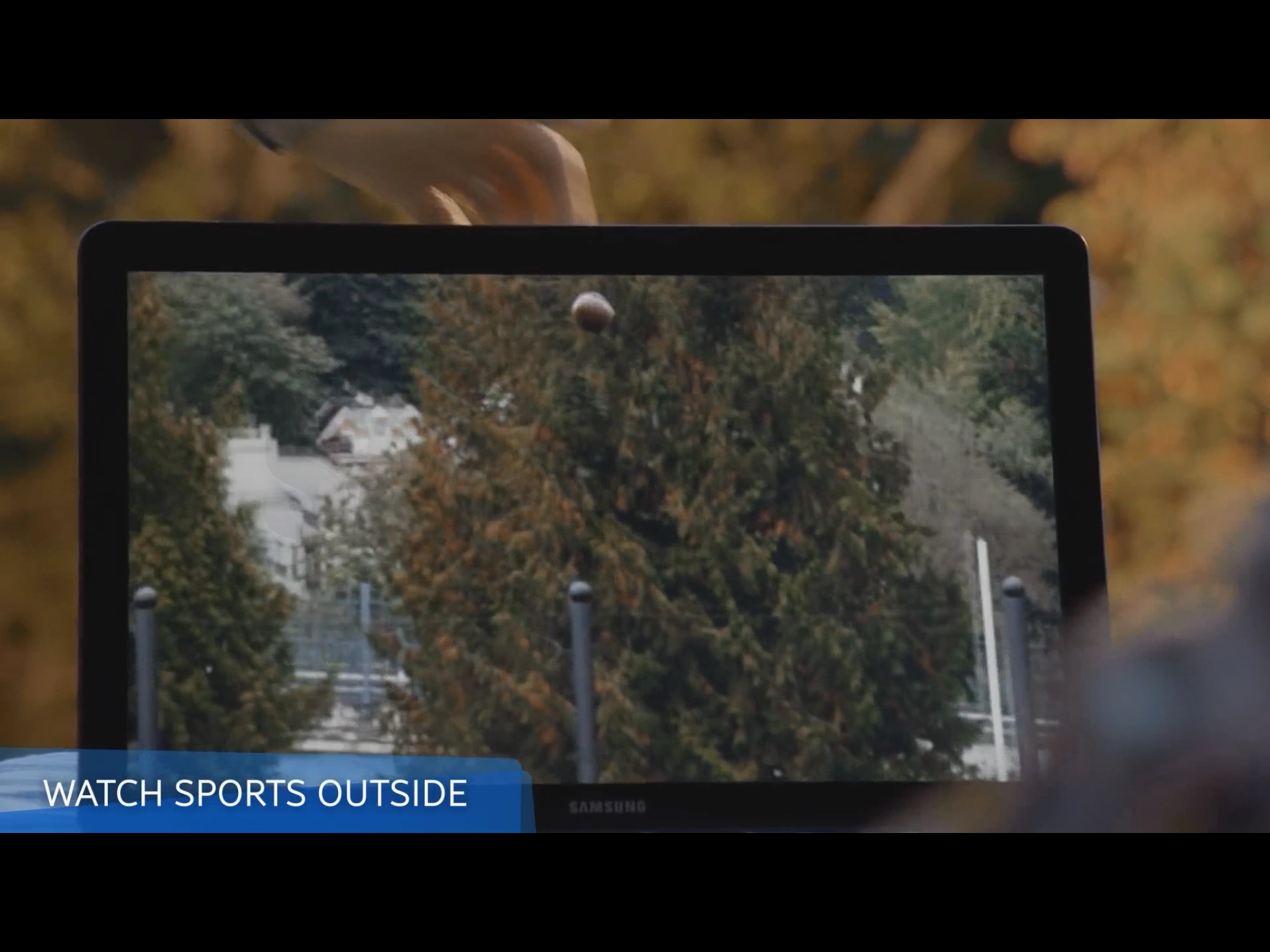 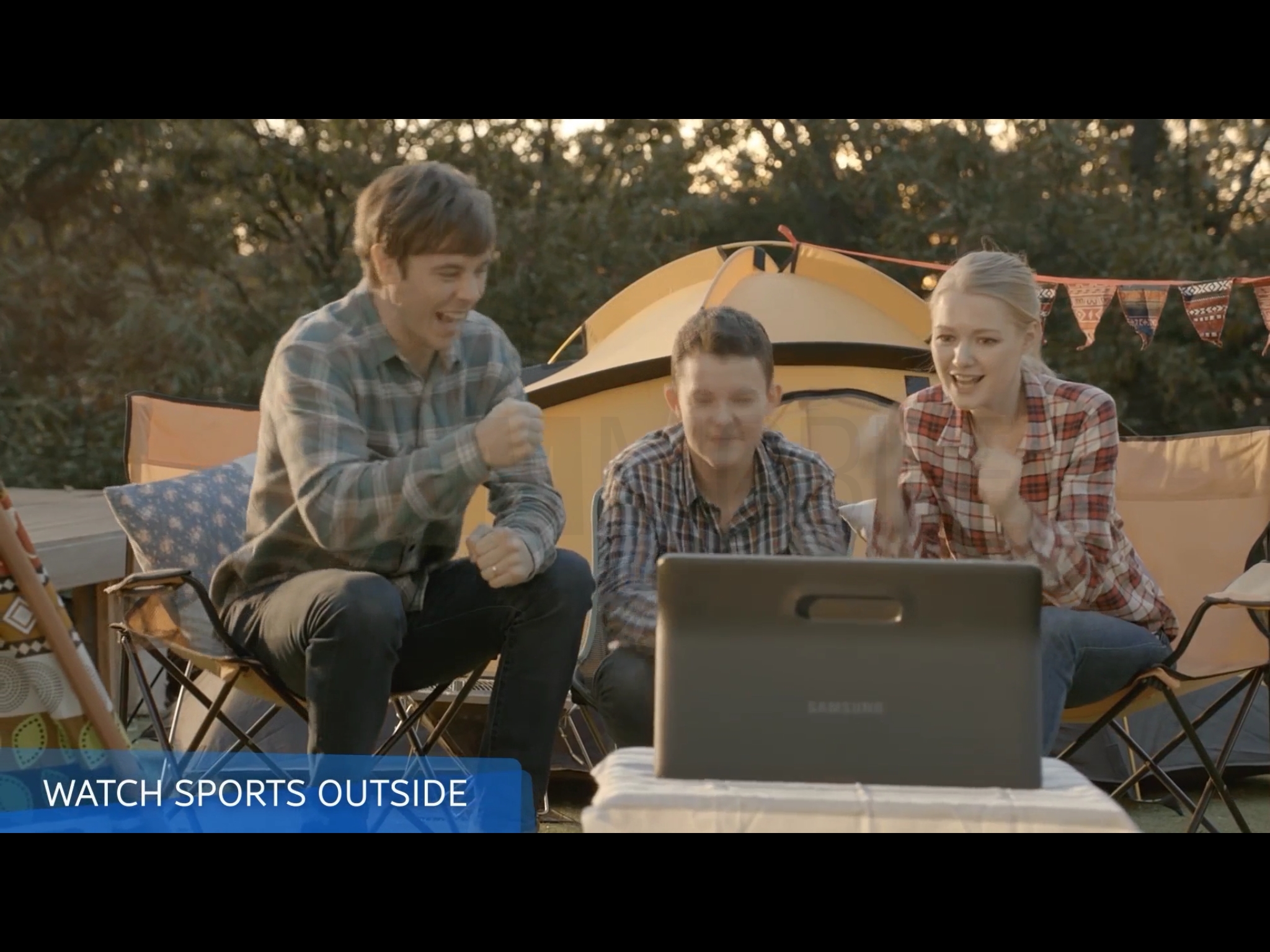 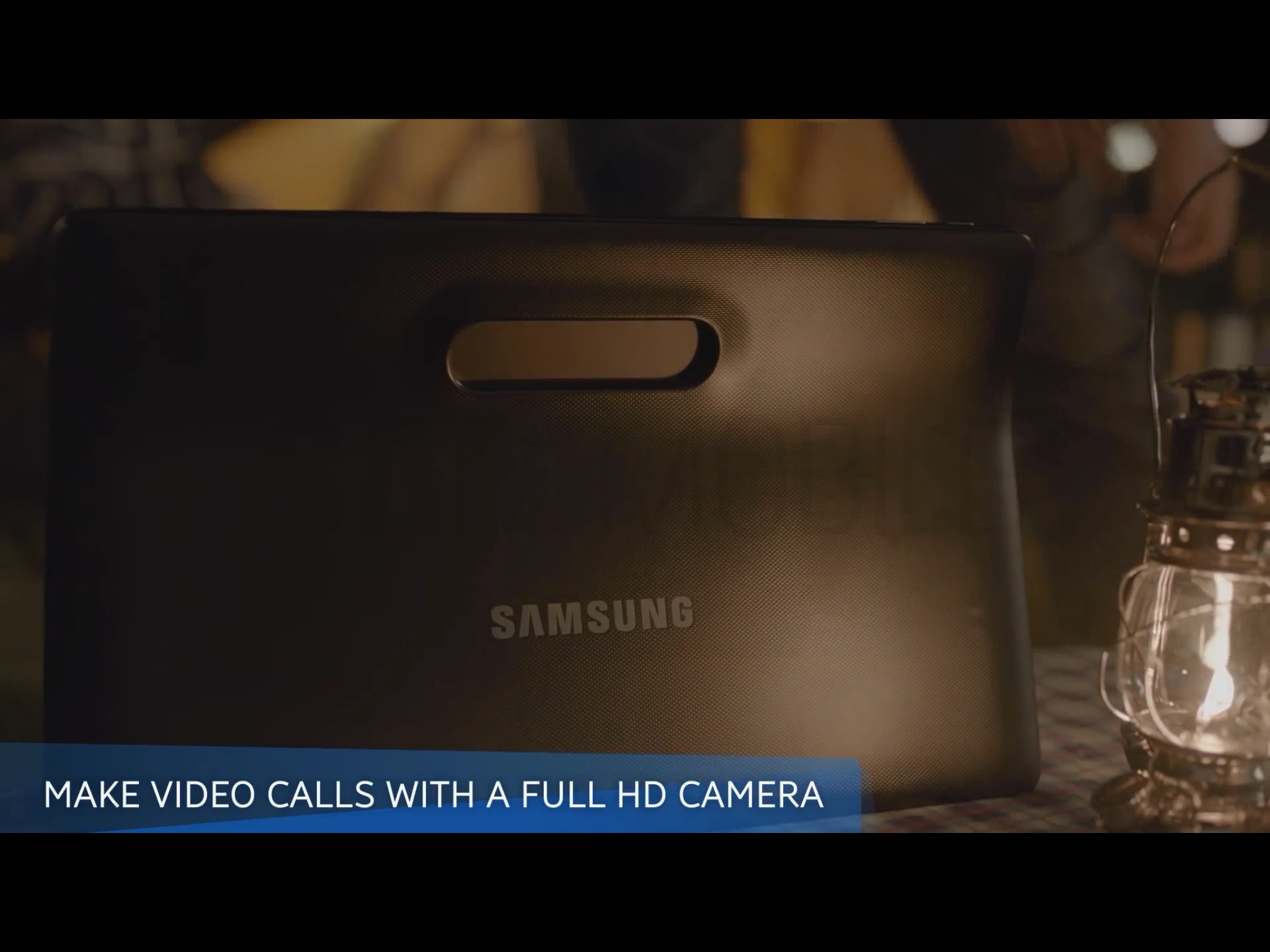 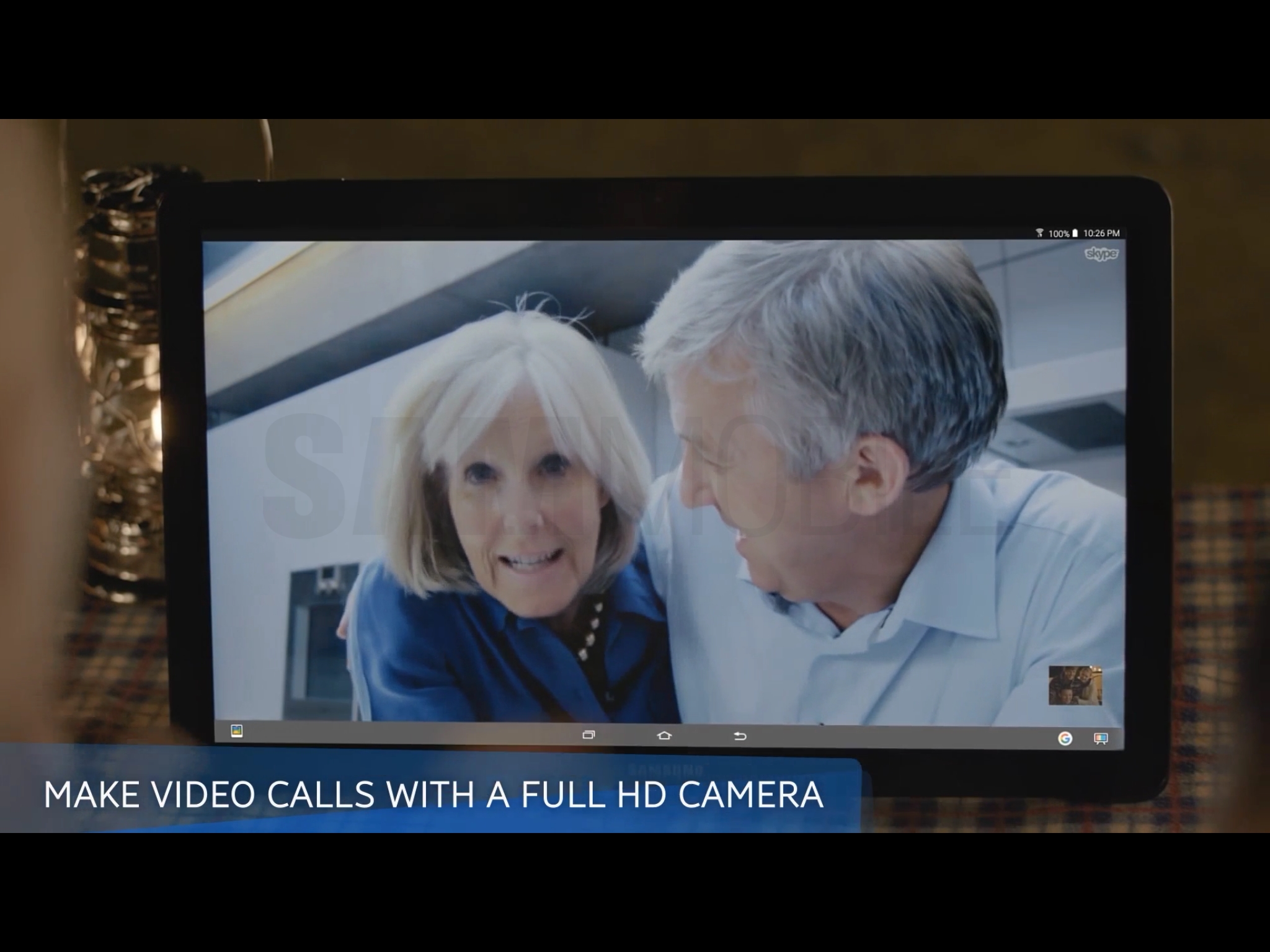 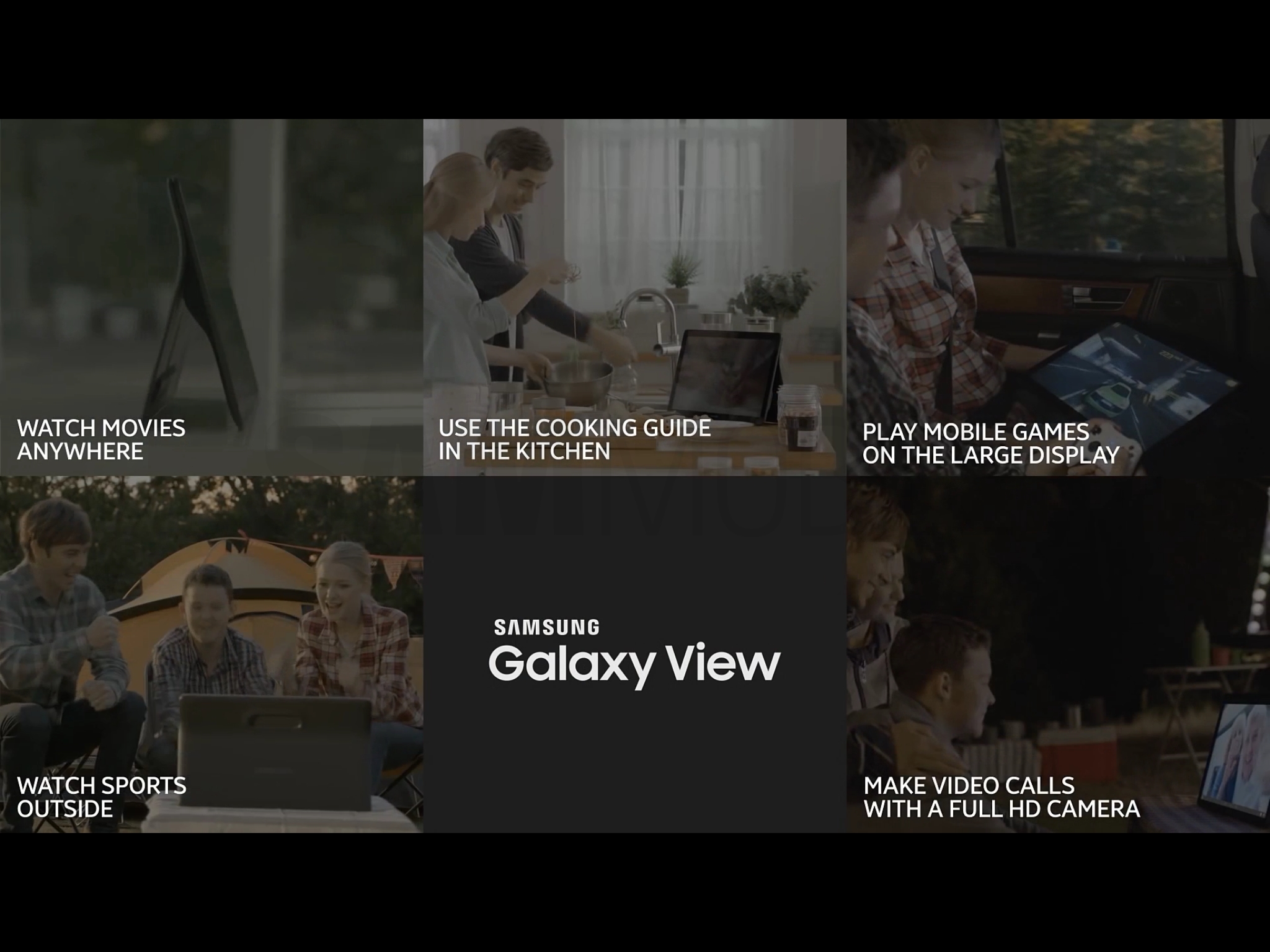 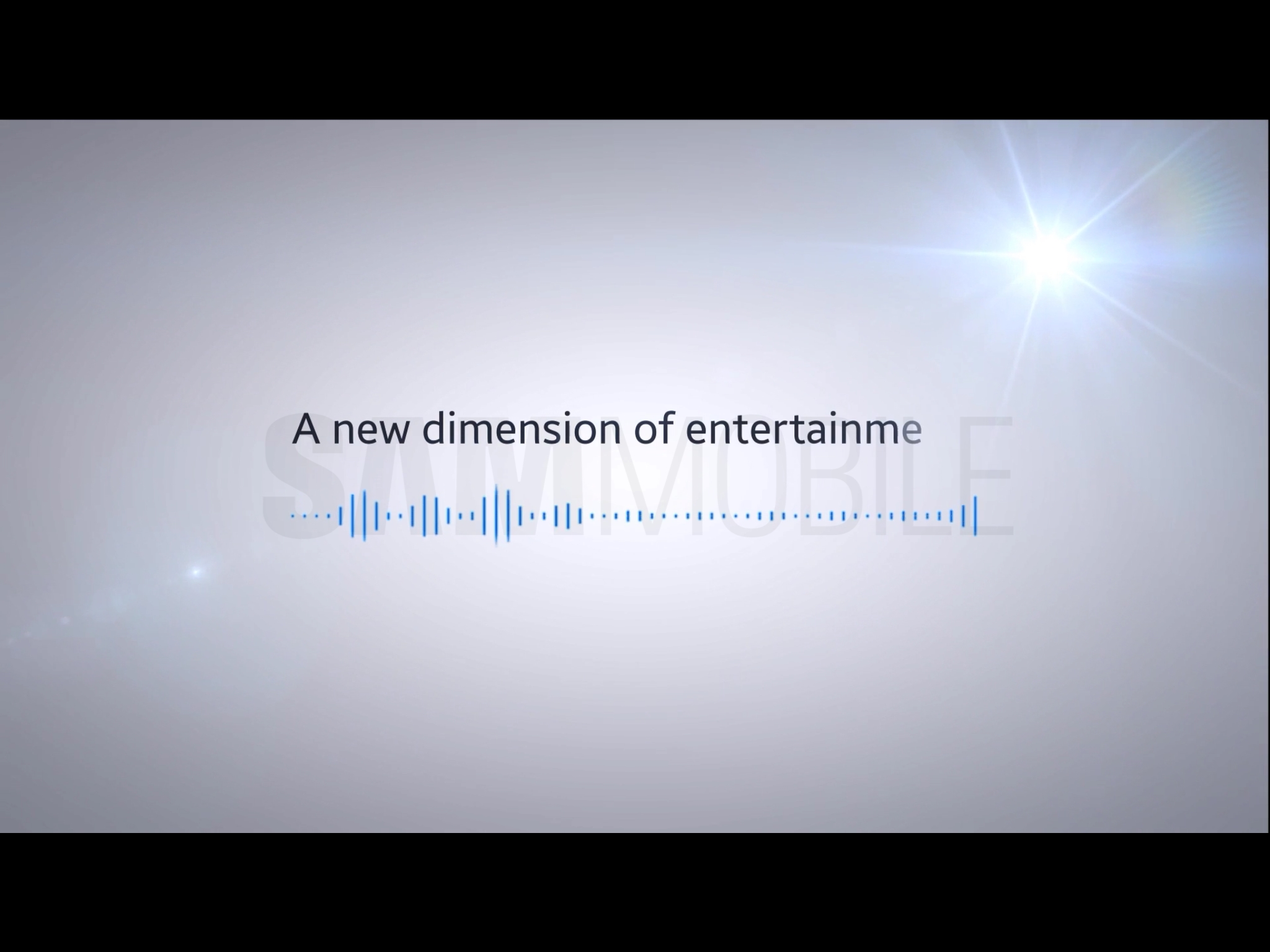 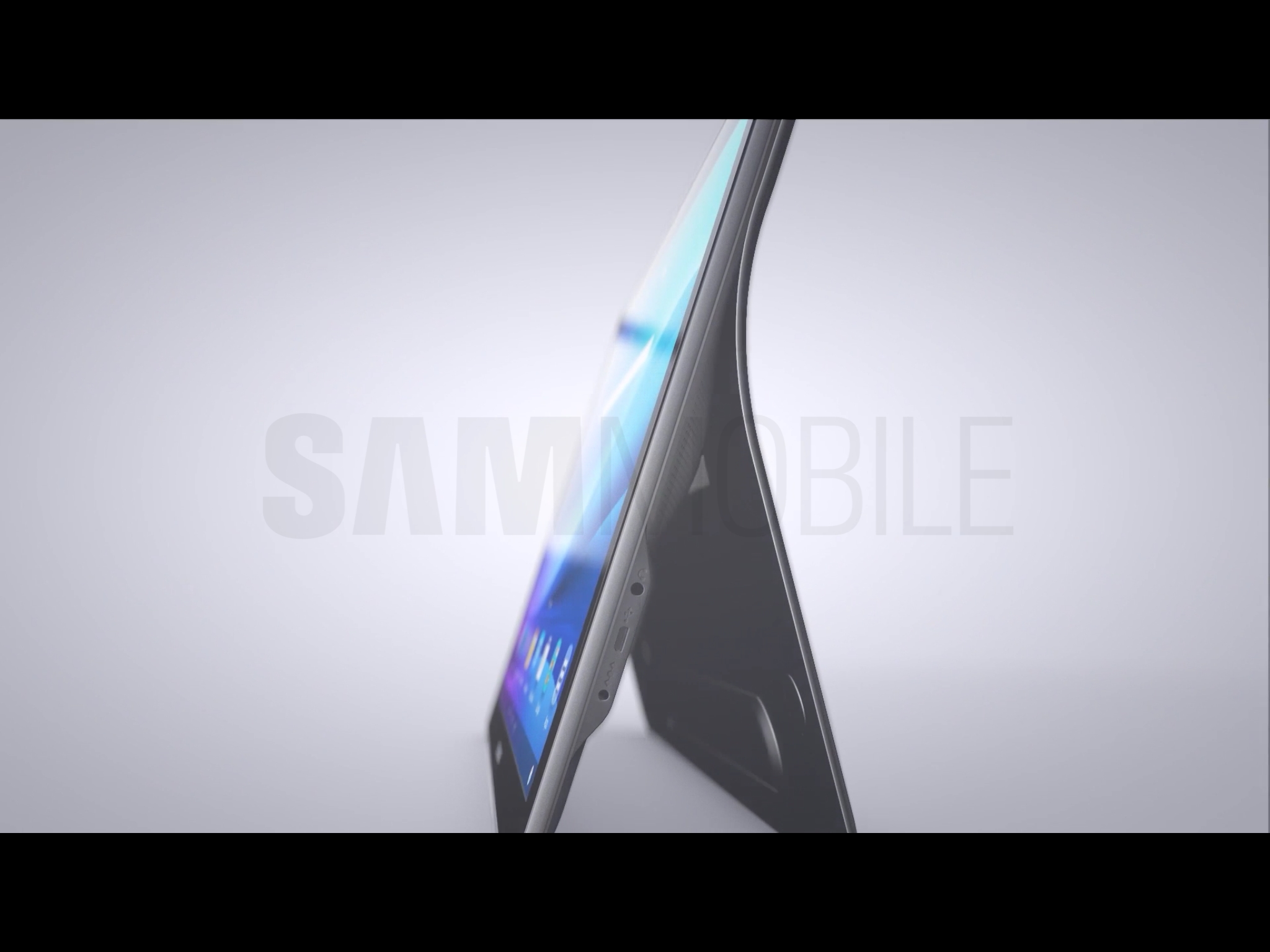 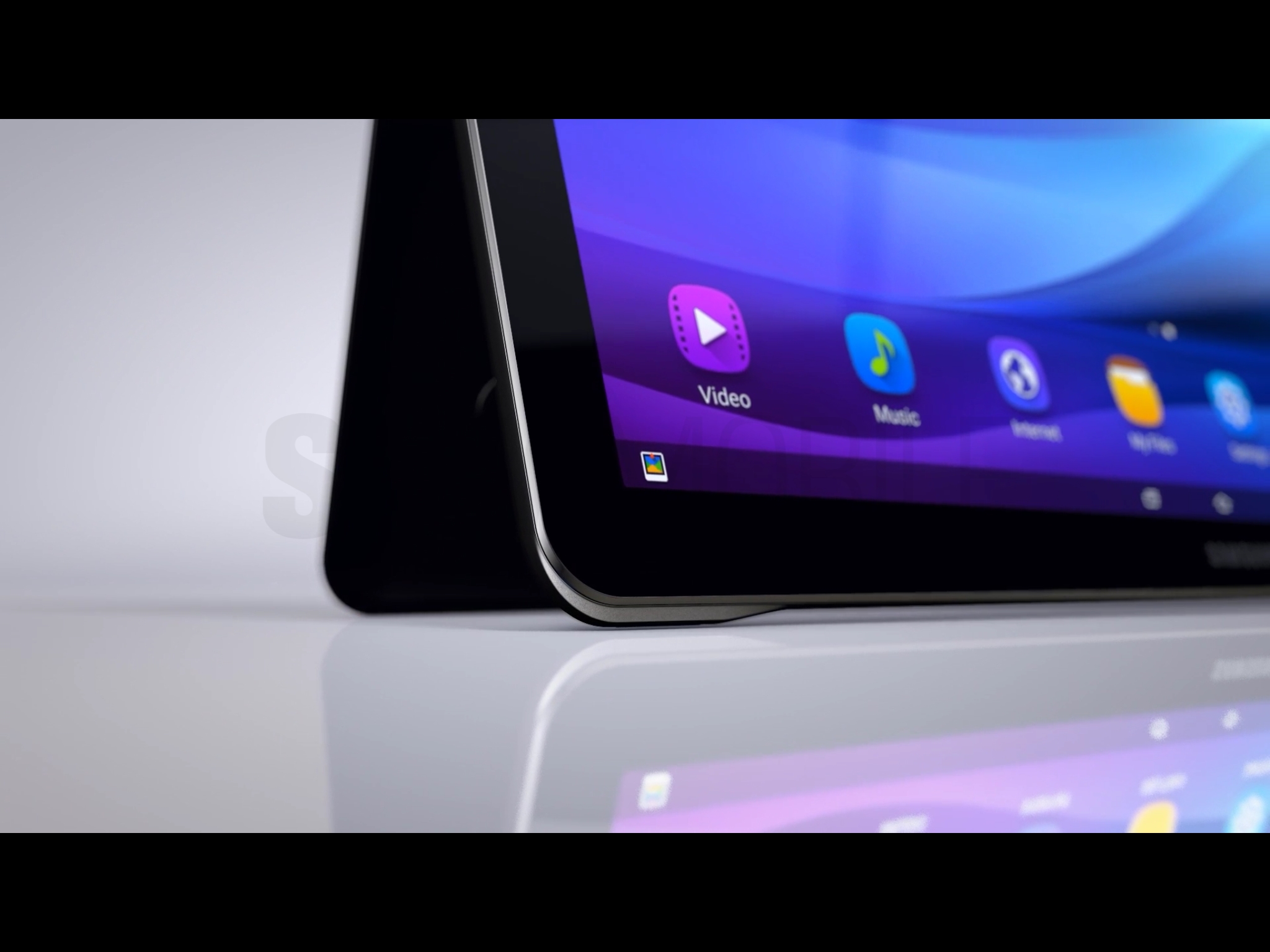 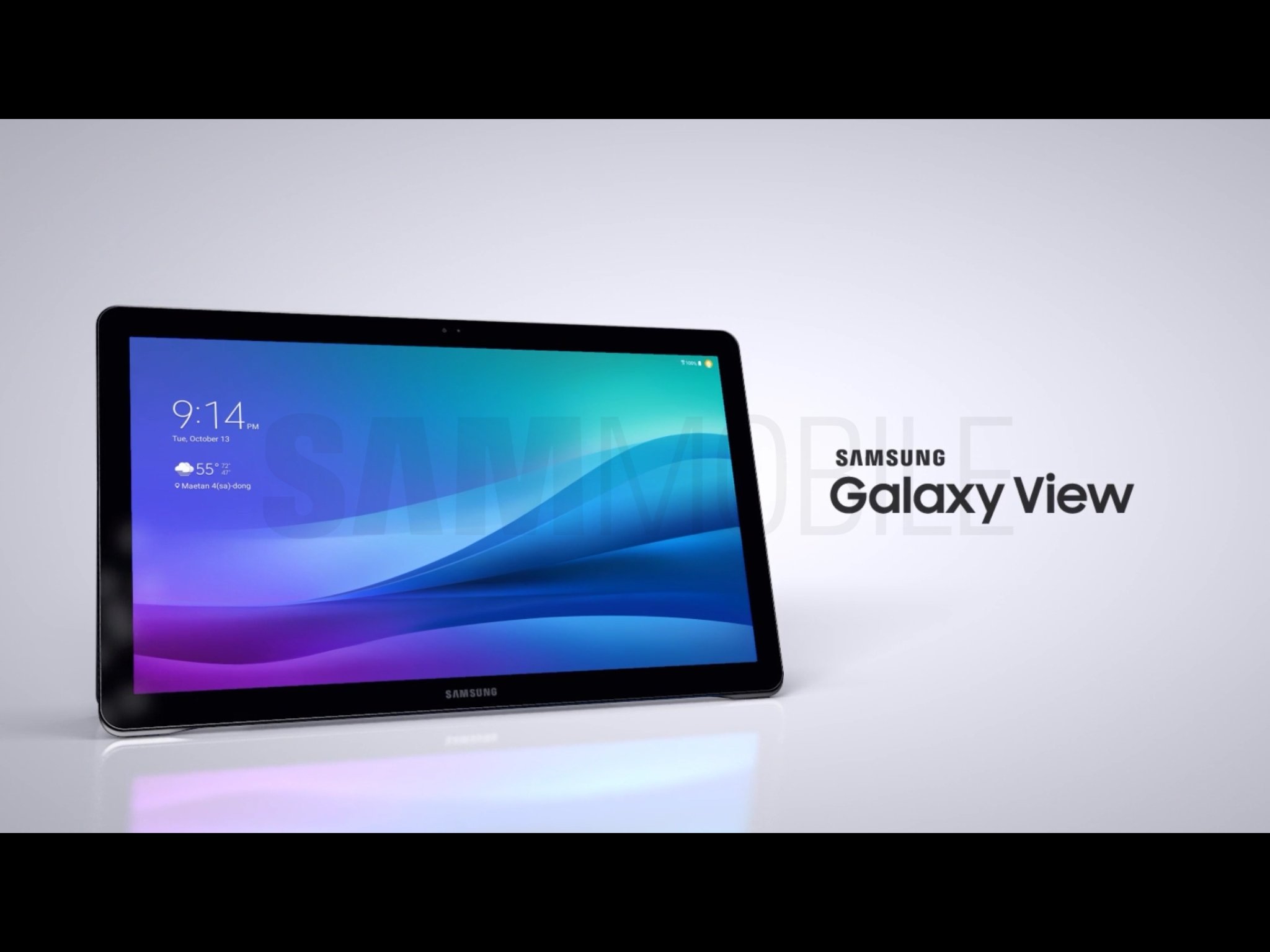