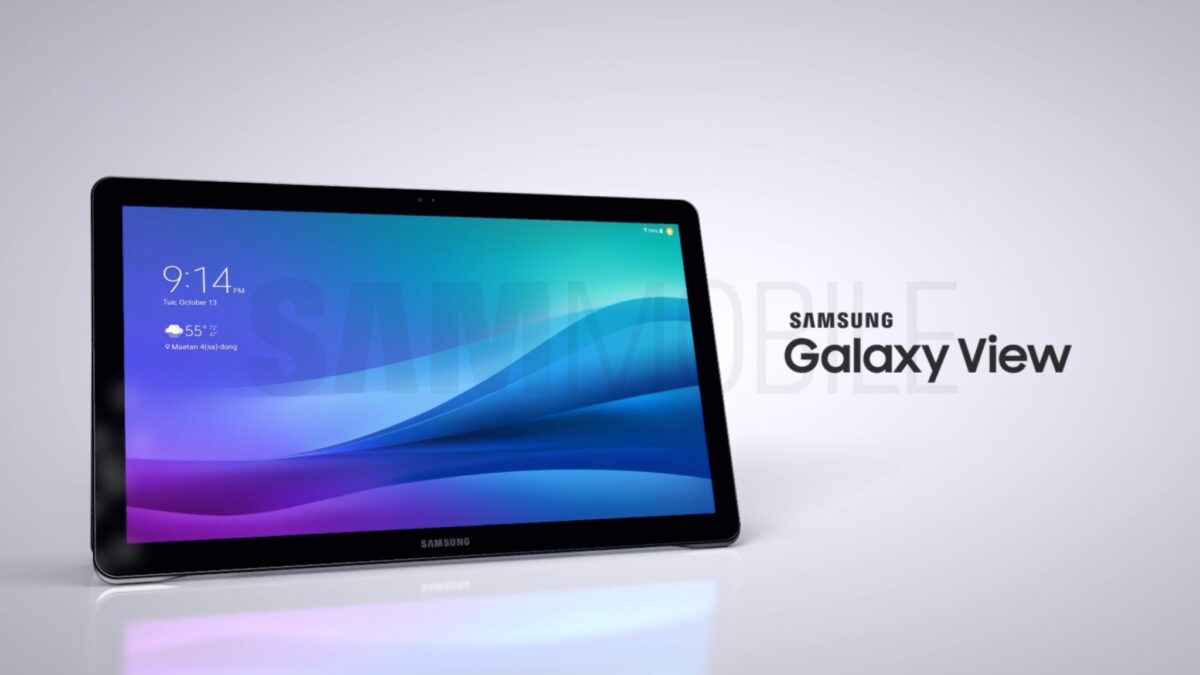 We posted some exclusive information about Samsung’s upcoming large-screen tablet last week along with its images and specifications. Now, some more images of this huge device have surfaced on the Internet. The Galaxy View is an Android-based tablet with an 18.4-inch TFT display with a resolution of 1920 x 1080 pixels, and it will reportedly launch in the US with a price tag of $599. Apparently, Samsung will market it as a tablet that focuses on web browsingand media consumption. It will reportedly be available in black and white colors in the US, but there’s no information about the company’s launch plans for Europe.

As we reported multiple times, the tablet will be equipped with an Exynos 7580 processor with 64-bit octa-core CPU clocked at 1.6GHz, 2GB RAM, 32GB of internal memory, and a microSD card slot for storage expansion. In terms of connectivity, it is expected to feature HSPA+ and LTE (Cat. 6) radios, Wi-Fi, and Bluetooth v4.1. There’s no rear-facing camera on the Android 5.1 Lollipop-based tablet, but there will be a 2.1-megapixel front-facing camera for video calls, and high-quality stereo speakers on the front for a pleasing media experience.

There will be a 6,700 mAh battery that will help the tablet last upto 8.5 hours of video playback. It can double up as a mini TV that is “reinvented for the streaming-age” and provides a “PC-like user experience”. The Galaxy View also has a media interface that shows media recommendations on the lockscreen. Also, there’s no physical home button on the tablet, which means that it will use on-screen navigation keys. Also, as you can see in the images, it has a housing at its back that integrates a large handle and a stand to help users carry it around and place it on a surface for hands-free usage.

Update: Here is one additional image of the Galaxy View that surfaced the Internet on the 27th of October 2015. 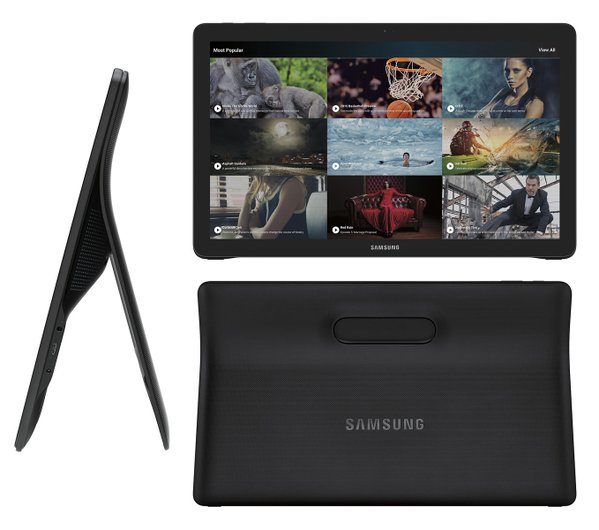