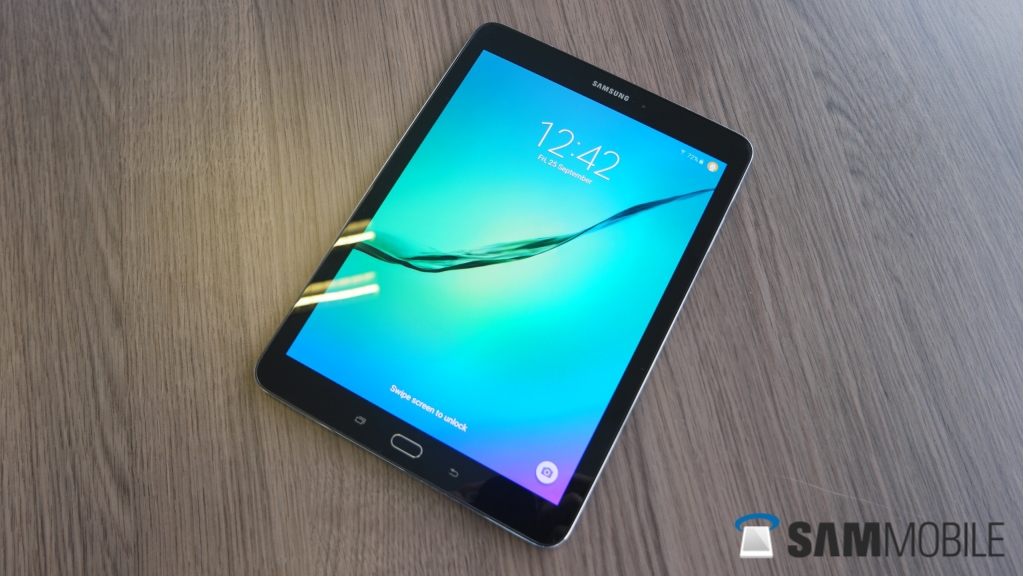 During Samsung’s keynote event at IFA 2015, where the Gear S2 smartwatches were officially announced, the company teased an upcoming tablet. Dubbed Galaxy View, the device features a large display, and is targeted to be used in classrooms, offices, and living rooms as we reported exclusively about a month ago.

Today, the device has appeared on GFXBench benchmark database, confirming its specifications. According to the information available on the website, the Galaxy View (SM-T670) runs Android 5.1.1 Lollipop, and features an 18.5-inch display, a 64-bit octa-core Exynos 7580 processor with Mali-T720 GPU, 2GB RAM, 32GB onboard storage, a 2-megapixel secondary camera, and it is expected to feature a 5,700 mAh battery.

The webpage lists the rear-facing camera as “not supported”, but as per the information, the device should feature an 8-megapixel primary camera and a microSD card slot. Moreover, the device is expected to be 451.8 mm wide, 275.8 mm tall, and 11.9 mm thick. The device recently passed SIG and RRA certifications, so we think that the tablet might be announced very soon. 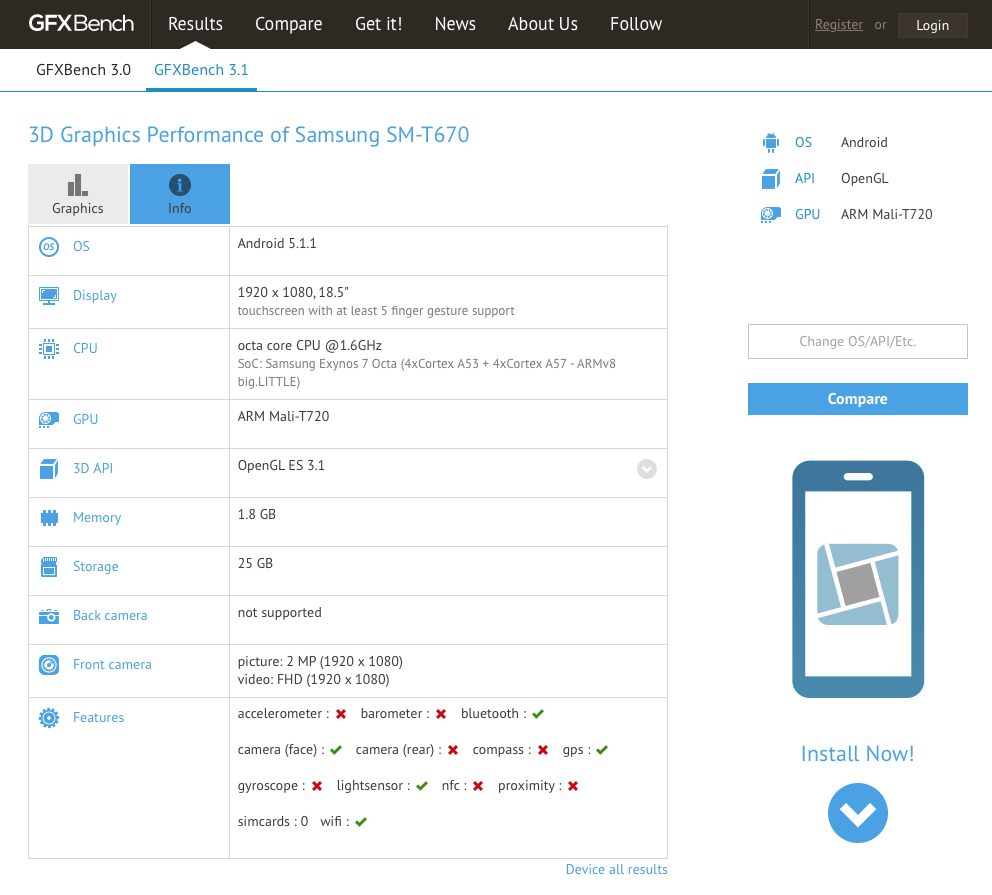