Samsung, which is the largest filer of patents in wearable technology, was one of the first big-name brands to enter the smartwatch space with the Gear smartwatch and other fitness tracking devices. The company teased its next-generation Gear smartwatch, the Gear S2, during the announcement of the Galaxy Note 5 and the Galaxy S6 edge+, and then unveiled it earlier this week.

In fact, Samsung announced three new Gear smartwatch variants, the Gear S2, the Gear S2 3G, and the Gear S2 classic, something to suit everyone’s needs. Samsung, has focussed not only on the features, but also aesthetics and design of its smartwatches. 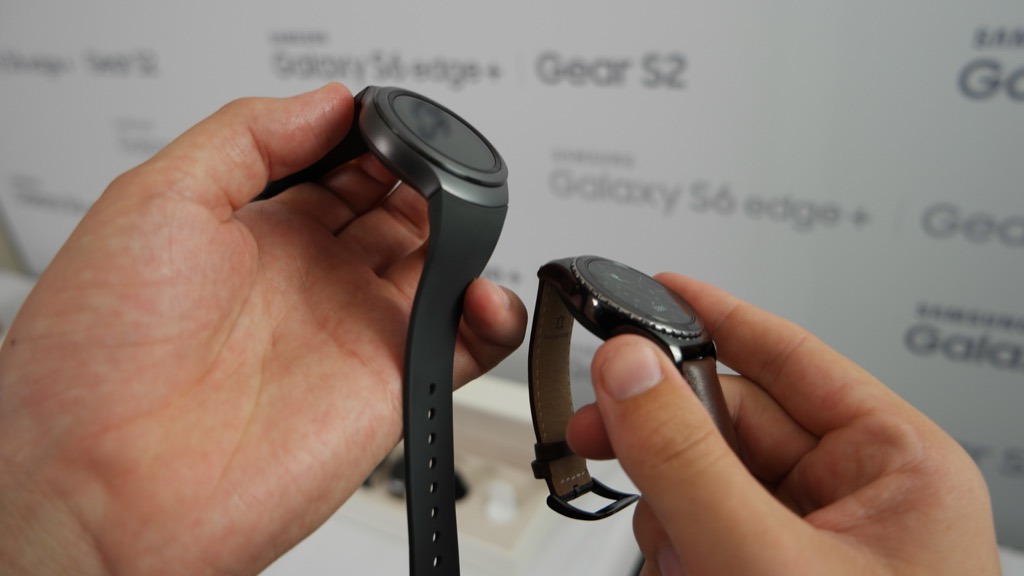 All the Gear S2 variants feature 1.2-inch circular Super AMOLED displays with a resolution of 360 x 360 pixels, resulting in a pixel density of 302 ppi. The display is surrounded by a new innovative rotating bezel and two dedicated physical buttons. It runs a newer version of Tizen-based wearable platform, and is powered by a 1GHz dual-core processor with 512MB RAM, and 4GB internal storage. 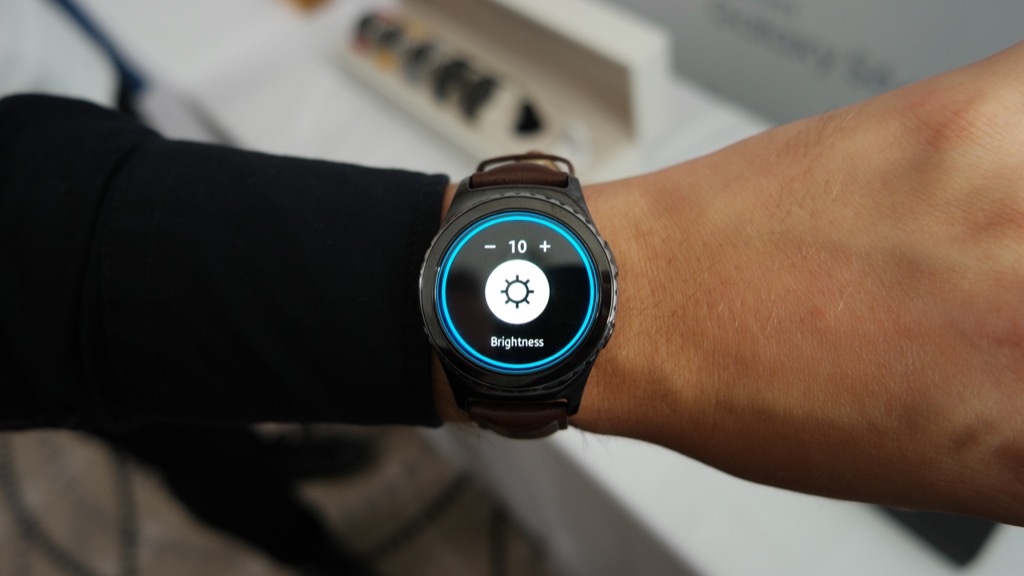 These smartwatches are equipped with Wi-Fi b/g/n, NFC, and Bluetooth 4.1 LE connectivity options. The Gear S2 3G comes with an e-SIM that helps in achieving cellular connectivity for voice calls and data even when a smartphone isn’t around. A bunch of sensors including a heart-rate monitor, an ambient light sensor, a barometer, an accelerometer, and a gyroscope help the device in collecting activity, fitness, and health related data as well as in performing efficiently.

The Gear S2 and the Gear S2 classic have 250 mAh batteries, while the Gear S2 3G has a 300 mAh battery. All these smartwatches are IP68-certified for dust- and water-resistance, and can be charged using the supplied magnetic charger. We had a brief time with the Gear S2 smartwatches at the IFA 2015 event that is being conducted in Berlin this week, and here’s our hands-on experience with these brand new wearable devices.

The Gear S2 classic resembles the design of a classic watch, complete with a genuine leather band, and has a 39mm case. If you don’t like the supplied band, Samsung is also offering a number of bands that are easily changeable. The Gear S2 resembles a sport watch with minimalistic and modern design, and comes with a 42mm case. All the watches have a really good looking design, something that can easily rival their competitors. 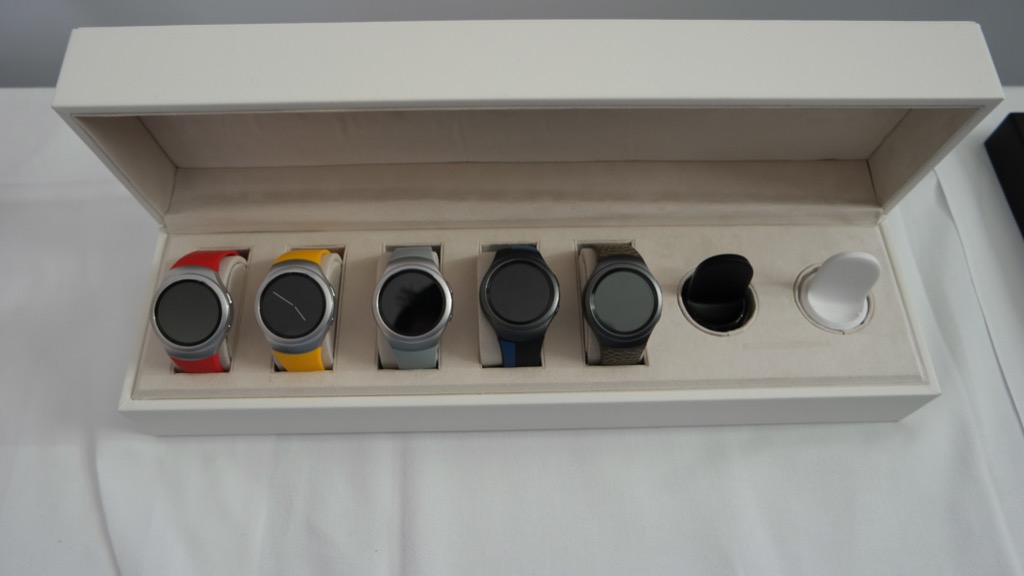 Samsung will offer more than 20 customizable watch faces out of the box. More watch bands and watch faces will be offered through third-party vendors.

As a part of watch customization, Samsung has bundled more than 20 watch faces that can be changed by long pressing the watch face and selecting the one you like from the list. Moreover, you can customize each of those bundled watch faces, so you can have hundreds of watch face combinations. Samsung also states that it has partnered with various vendors to offer a number of watch bands and watch faces in the future to help users achieve a perfect level of Gear S2 customization. 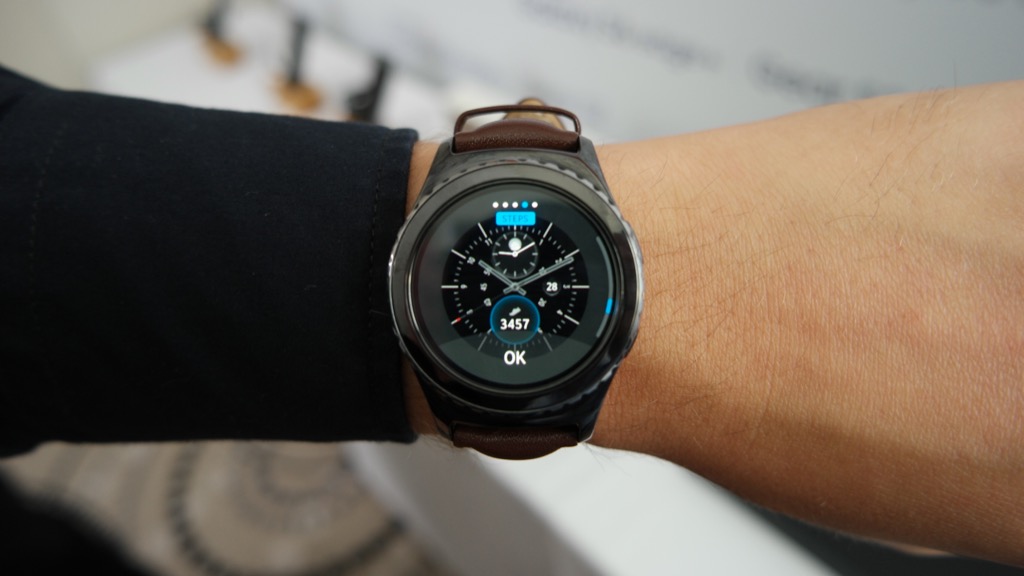 All three variants look very premium, but the Gear S2 classic seems too small for people with large wrists.

Overall, the Gear S2 smartwatches look premium and very watch-like, but the only problem we found with them is their size. They are too small for people with big hands, and Samsung currently isn’t offering any variant with a large watch dial size or display size. We really hope that Samsung comes up with a large screen variant of the Gear S2 (Gear S2+, maybe?)

In our brief time with the Gear S2 we found that the new circular UI is really fast, intuitive, and addictive. The bezel acts as a key part in navigating around the UI. The bezel can be rotated to the left to see all the notifications, while rotating it towards right gives you access to widgets and apps. The dedicated home and back buttons offer precise and fast UI navigation. You can quick reply to messages and mails using voice dictation through S Voice or by using the on-screen keyboard 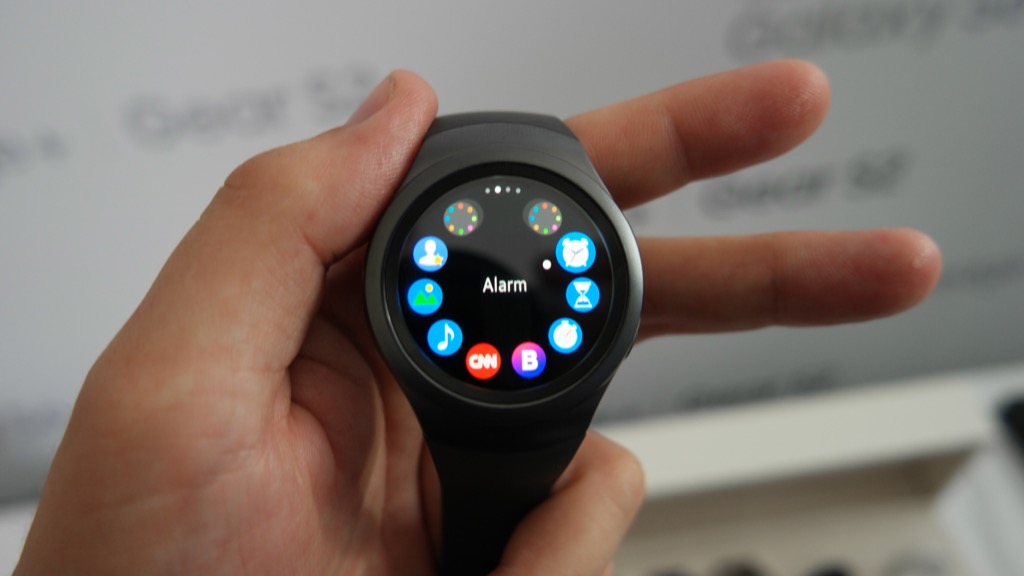 Unlike its predecessor, the Gear S2 is compatible with non-Samsung Android smartphones as well. 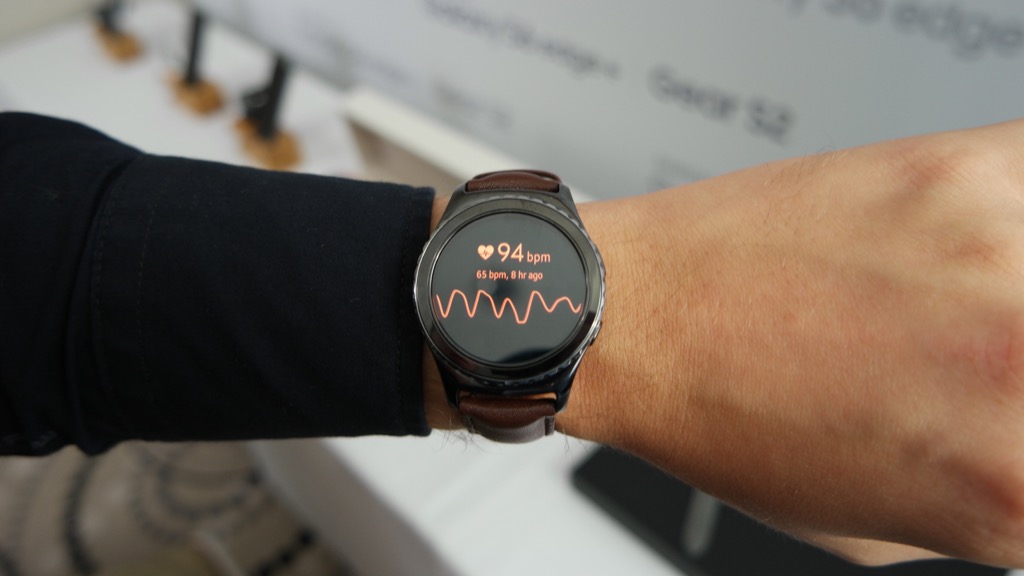 The Gear S2 can automatically recognize activities and workouts, thanks to S Health.

Apart from an ability to measure heart rate, these smartwatches also give users an easy-to-understand 24-hour activity their complete activity-related data. With the S Health app, Samsung has made it easier for the users to track their runs and workouts using the auto-recognition of activities on the Gear S2. There’s a dedicated S Health watch face with two small widgets, which glow in green or grey depending on your activity level and health status. Other popular fitness and activity related apps such as Nike+ Running can also be installed on these devices.

NFC connectivity on the Gear S2 can also be used to perform payments while shopping using Samsung Pay platform. Users can add their credit cards, debit cards, and loyalty cards in their Samsung Pay account for effortless payments solution. These smartwatches have all the fundamental Internet of Things (IoT) features that makes them a part of Samsung’s SmartHome, SmartThings, and SleepSense platforms that were showcased at IFA today.

We are really excited to test all these Gear S2 variants, and we will post a full-fledged review when these devices become available for purchase. As per the European pricing details that were leaked earlier today, the Gear S2 will cost €349 and the Gear S2 classic will cost €399. These watches will be available for purchase in Finland and Denmark next month, but availability details aren’t revealed for other markets as of now. The Gear S2 3G will be available with all four major carriers in the US. Tell us what you think about these smartwatches, especially since they now also work with non-Samsung Android smartphones.