According to the specifications listed on the website, the Galaxy J7 will feature a 5.5-inch HD display, Android 5.0 Lollipop, an octa-core PXA1936 processor from Marvel clocked at 1.2GHz, 16GB storage, and a microSD card slot. These specifications match what we mentioned in our exclusive report. It is expected to be equipped with 1.5GB RAM, a 13-megapixel primary camera, a 5-megapixel secondary camera, and a 3,000 mAh battery.

Last month, images of the device were revealed through TENAA certification. Also, leaked official manual of the Galaxy J7 confirmed that the device will feature a new version of TouchWiz that debuted with the Galaxy S6 and the Galaxy S6 edge. 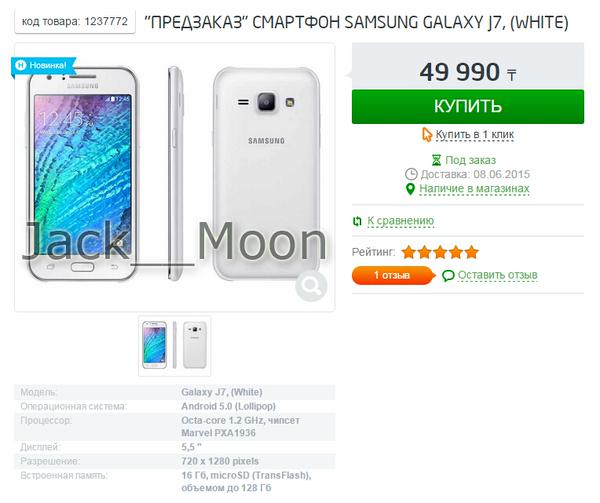