Samsung’s plans to extend the Galaxy J lineup were revealed recently when trademark applications for the Galaxy J3, J5 and J7 were discovered at the US Patent and Trademark Office (USPTO). The Galaxy J1 is the only device in the Galaxy J series to have been officially announced, and it seems the Galaxy J7 will soon become the Galaxy J smartphone to go up for sale.

The user agent profile (UAProf) for the SM-J700F has gone live on Samsung’s website, and the model number is a surefire guarantee that we’re looking at the Galaxy J7. The same phone has also been imported to India for testing, with the Zauba import database revealing a price of INR 15,908 per unit (that’s rougly $255). That’s around the same as the retail price for the Galaxy E5 in India, and the specs listed in the UAProf are also quite similar.

The UAProf doesn’t reveal too many specs as usual, but it does give away the fact that the phone has a 720p display and a processor with Cortex-A53 cores clocked at 1.5GHz. The Snapdragon 410 CPU that’s used in many mid-range smartphones these days can only go up to 1.4GHz when it comes to clock speed, so we’re either looking at some other Snapdragon chip or a different SoC altogether (though the Cortex-A53 cores mean 64-bit support will be included.)

We’re likely to see more information on the Galaxy J7 make its way online in the days leading up to its official reveal. Like the Galaxy J1, the Galaxy J7 will probably be limited to emerging markets, and if we’re to make guesses based on Samsung’s penchant for launching an insane amount of devices, the Galaxy J3 and Galaxy J5 shouldn’t be too far behind. 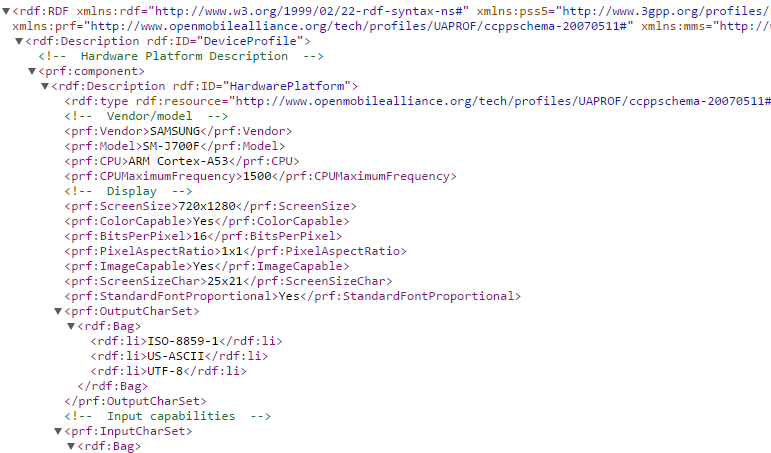