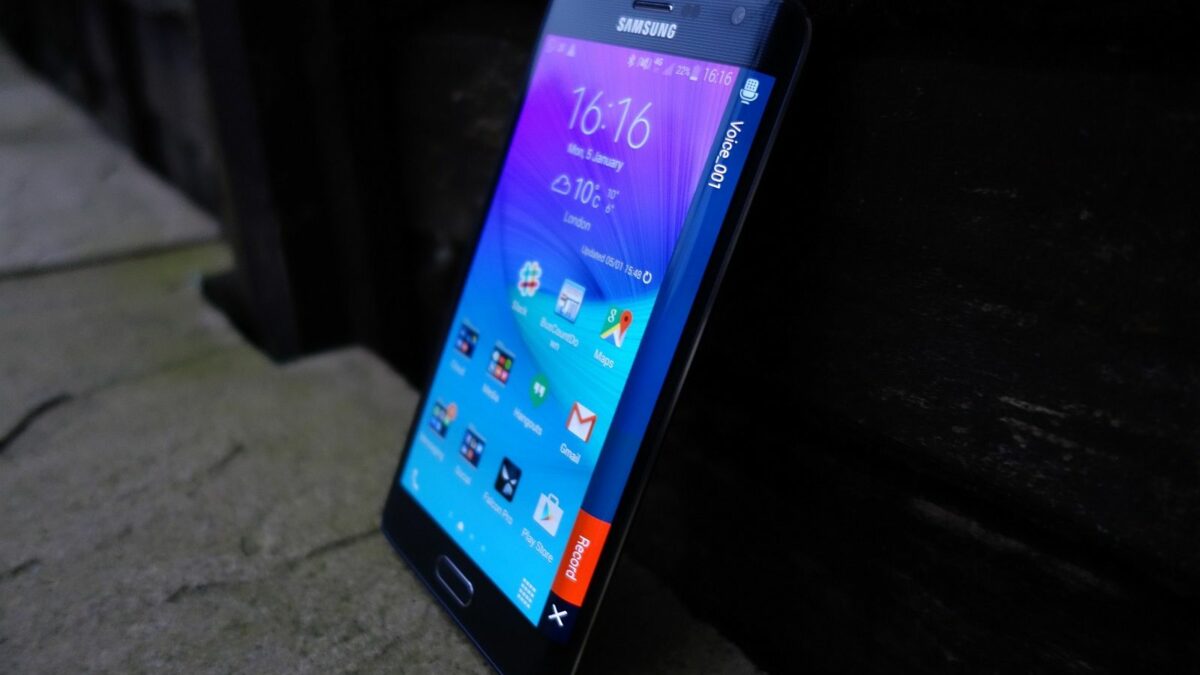 As Samsung’s Galaxy S6 edge sales show, the “edge” seems to be the new cool form factor when it comes to smartphone hardware design, with Samsung’s “curve” setting apart the Korean manufacturer’s products from those of its rivals. With that said, the Note Edge, Samsung’s first device to “flirt” with the curve is still one fantastic device to own some 8 months from its announcement.

The S6 edge is a gorgeous, sleek, and sexy device with “six appeal,” but some consumers prefer the Note’s functionality to the mere sex appeal of its more popular sibling. If you can’t imagine your life without a Note device in it, we’ve got a deal to bring to you.

Today’s deal comes from renowned online retailer eBay, who has the Galaxy Note Edge on sale for $649.99. The savings price is a 13% drop from its original, saving you $95 from the original retail price. At $650, this Note Edge is the same price as that of the S6 edge. You may prefer to have both sides “edged,” but for those who are right-handed or ambidextrous (the common critique of the Note Edge’s flaw being that it doesn’t accommodate left-handed users), the Note Edge may appeal to you if you’re not too keen on the S6 edge’s glass and metal design and prefer the more “reserved” Samsung hardware (the prices being equal here).

Note Edge Brooklyn, NY seller 232tech says that the device is “a brand-new, unused, unopened, undamaged item in its original packaging.” The Note Edge on sale here is also an unlocked model, meaning that it’ll work on AT&T and T-Mobile here in the US.

The specs of the Note Edge remain the same as they were when Samsung announced the first curved screen smartphone that US residents have seen from the company: a 5.7-inch, Super AMOLED display (smaller viewing area sans the curved edge) with a Quad HD screen resolution of 2,560 x 1,440p, a 3.7MP front camera, 16MP back camera with optical image stabilization (OIS), a 2.7Ghz, quad-core Qualcomm Snapdragon 805 processor with 3GB of random access memory, 32/64GB of random operational memory (ROM), and a microSD card slot with support for an additional 128GB (microSD card sold separately).

32 Note Edge models have been sold so far, so you should head on over to eBay and grab one for yourself. A college student prepping for his or her graduation would forever be in your debt with this gift.

Gearing up for the holiday season, T-Mobile has announced attractive deals on Galaxy flagships, wearables, and more. The deals, which will go live tomorrow, include BOGO (Buy One Get One) on the Galaxy S10 series, Note 10/10+, Galaxy Watch, etc. The US carrier will be offering similar deals on select LG and Motorola devices as […]