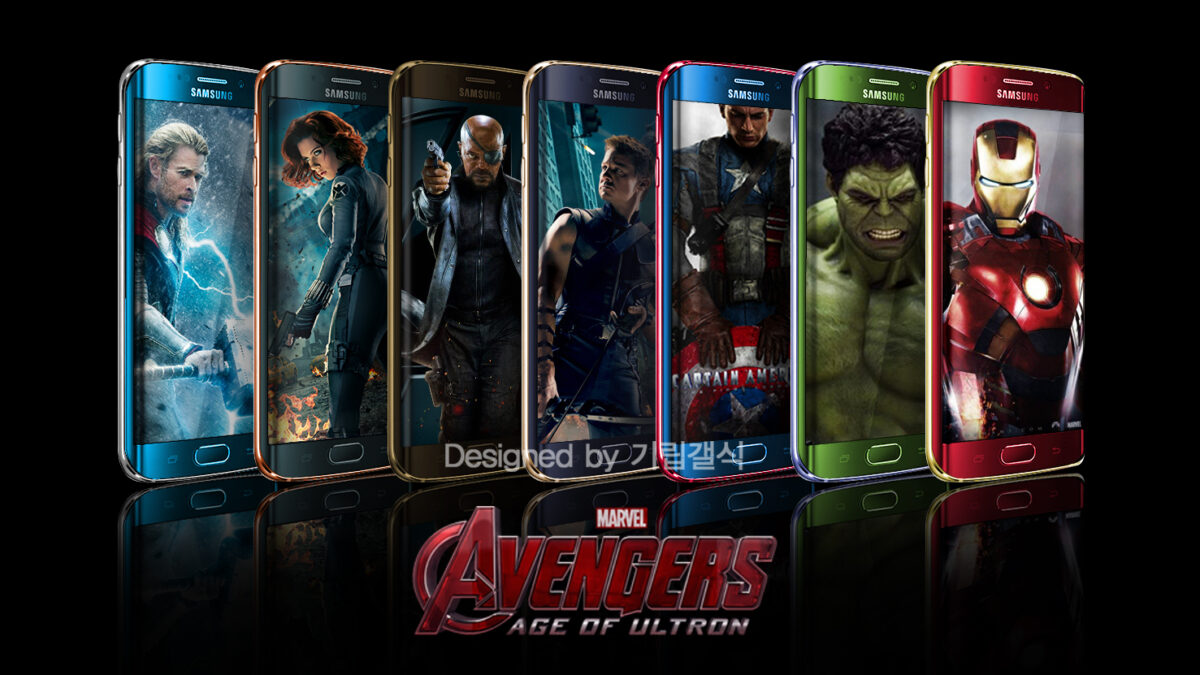 Last month we picked up on a concept that merged Marvel Avengers with the Galaxy S6 and the Galaxy S6 edge, the concept showed each device with a different color corresponding to an Avengers character. Samsung was quick to act on the public’s reaction to this concept and while Avengers Special Edition handsets are not being released, the company has said that it will release Avengers themed accessories for these devices soon. At the Galaxy S6 World Tour event in Seoul the company’s vice president of design Lee Min-hyuk said: “Following the Avengers open theme, consumers now can enjoy Avengers-edition accessories based on various characters in the film.”

Samsung’s head of global marketing Lee Young-hee previously said that the Avengers Edition can also be launched in the form of wallpapers through cooperation with Marvel, and that the company will release themes based on the characters from Avengers for the new flagships. In the near future Samsung will also release up to 20 covers that it has made in collaboration with major fashion labels such as Mont Blanc, Swarovski, Rebecca Minkoff, Kate Spade and Romero Britto.