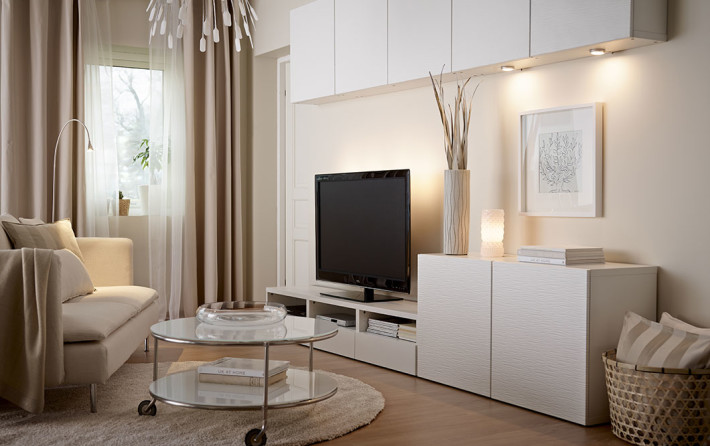 Samsung and IKEA have joined hands to come up with a rather intriguing model of how the companies want you to (wireless-ly) charge your phones. Wireless charging is not a new technology by a long shot, but for some obvious reasons, it has failed to take off. First, there was the issue of charging standards, which however was resolved when pretty much every maker settled on Qi. Other things, including the slow rate of charging, meant that there was still a few generations of tech to go before wireless charging got widely adopted.

Samsung and IKEA seem keen on bringing about a change with their aforementioned model, though. With the new wireless charging compatible furniture, IKEA want you to stop worrying about charging plates, and offer the convenience of being able to charge your phone almost anywhere. Now, that does sound like quite a novel idea to me, we’ll see how it fares in the market when IKEA start shipping the almost futuristic furniture next month, in North America and Europe.

There’s no shortage of wireless chargers on the market. Samsung makes a couple of them as well, including the very versatile Wireless Charger Duo. The one limitation that these chargers have is that if the device isn’t placed in the correct position on the mat, they won’t start charging. This is where Zens comes in. […]

Samsung has revamped its strategy for mid-range models and will now be packing them with more tech. This means that we will finally see wireless charging being offered on its more affordable devices. Samsung is reportedly working on a new wireless charging for these devices as well. According to a new report out of South […]

Here’s where you can watch Samsung’s MWC event live

In a little over two hours, Samsung will take the stage at the Mobile World Congress in Barcelona, not to launch a phone as it usually does but to unveil the new Galaxy Tab S3, the Galaxy Book, and a new Gear VR with a controller. That’s not to say there won’t be anything about […]

Earlier today, Samsung sent out invites to the press for its Mobile World Congress 2017 appearance. The company has already confirmed that it’s going to break from tradition and not unveil the new Galaxy S flagship at MWC. What we do know is that Samsung is going to launch the Galaxy Tab S3 on February […]