The Galaxy A7 might come in three variants; SM-A700S, SM-A700K, and SM-A700L. As per the information printed in the magazine, the device will feature a 5.2-inch Full HD Super AMOLED display, Android 4.4.4 KitKat, a 1.5GHz octa-core processor (possibly a Qualcomm Snapdragon 615), 2GB RAM, 16GB internal storage, microSD card slot, 13-megapixel primary camera, 5-megapixel secondary camera, and a 2,500 mAh battery. Connectivity features include LTE, VoLTE, and DMB among the usual ones such as Wi-Fi, Bluetooth, and GPS. The device would be just 6.3mm thin and would weigh 140 grams. 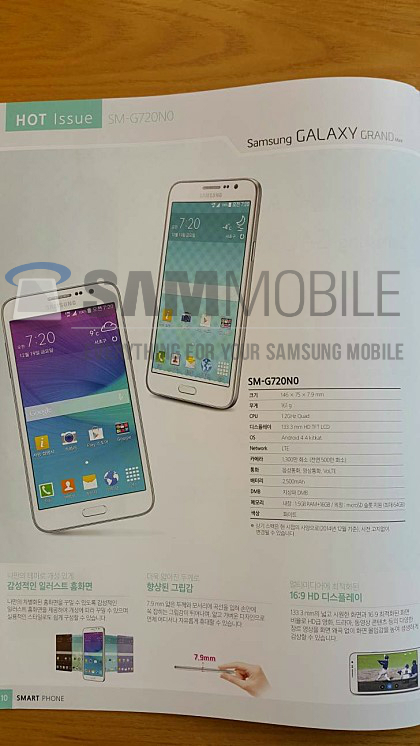 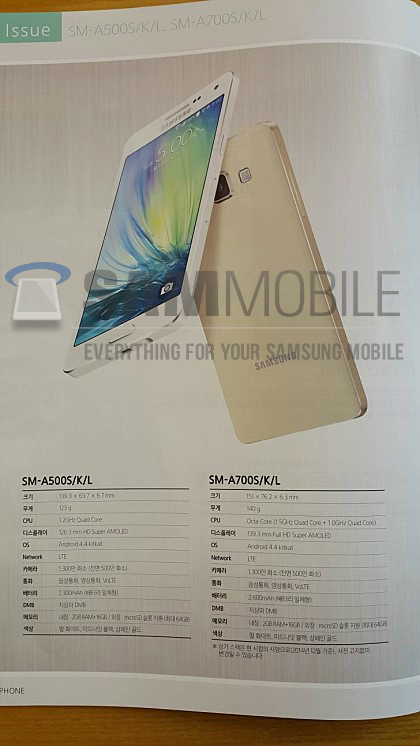