Galaxy A5 gets listed on Samsung Galaxy Apps store

It was just two days ago that we discovered that Samsung is working on the Galaxy Note 10.1 2015 Edition, thanks to the upcoming tablet getting listed on the company’s website. Now, we just got confirmation that the Galaxy A5 is indeed very close to getting announced – the changelog for the Hancom Office app, which comes preloaded on the Galaxy Note 4 and other Samsung devices, has been updated on the Galaxy Apps store to include support for the Galaxy A5. That’s as good as an indication as any that Samsung will take the wraps off the device in the very near future, and also reiterates yesterday’s report that said the Galaxy A devices will be made official in early November.

The Galaxy A5 will slot in between the Galaxy A3 and Galaxy A7 and feature a 5-inch HD Super AMOLED display, a 64-bit quad-core Snapdragon 410 processor (or possibly a dual-core processor), LTE connectivity, a 13-megapixel camera, and Android 4.4.4 KitKat. It will also feature a build that has some form of metal or similar premium material, a non-removable back cover, something that was confirmed by the A5’s leaked user manual, and come with a price tag between $400 and $450. 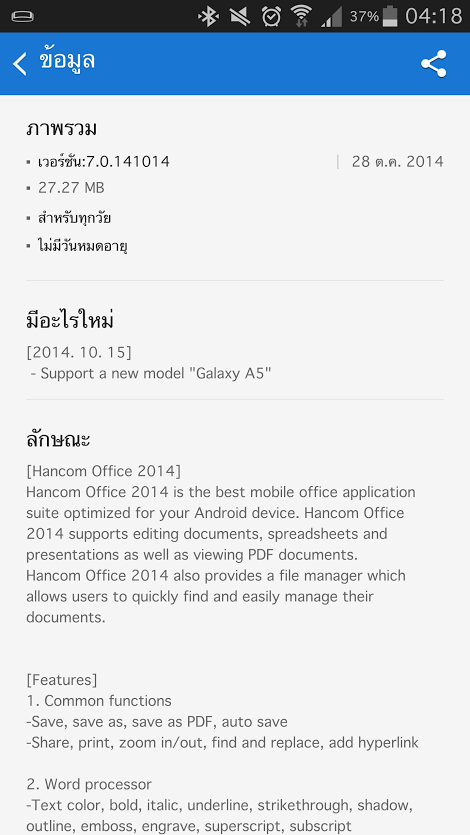