Samsung Galaxy A3 with dual SIM support clears the FCC

The upcoming Galaxy A trio of phones, the A3, A5, and the A7, have shown up in quite a few leaks since we exclusively revealed that the three handsets would be launched later this year. The Galaxy A3, which carries model number SM-A300, is set to be the entry-level variant, and it has just taken a step towards commercial availability by getting the go-ahead from the FCC. The SM-A300H/DS has been approved by the FCC; this particular model has dual SIM slots and only has 3G connectivity, but as we reported earlier, there should be a 4G variant as well when this device comes out.

The Galaxy A3 is expected to feature a 64-bit Snapdragon 410 processor, a 4.8-inch display with a qHD (540×960) resolution, 1GB of RAM, a 5-megapixel rear camera, 8GB of internal storage, and Android 4.4.4 KitKat (given the 64-bit processor, we’re guessing it will be updated to Android 5.0 Lollipop, or maybe even come with it out of the box since it brings support for 64-bit processing.) The phone will also feature a metallic construction, though as our insiders recently pointed out about the Galaxy A5, Samsung might be going for a unique material that gives off a premium feel but isn’t as costly metal to produce. 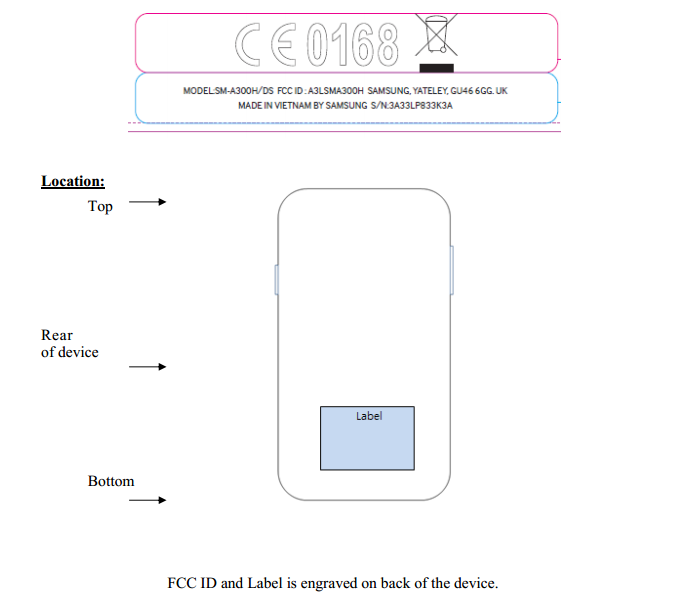 Samsung reveals the names of devices that will receive Android 7.0 upd …

After thoroughly testing beta versions of Android 7.0 firmware, Samsung released the final update for the Gala …

Samsung officially announced the Galaxy A3, Galaxy A5 and Galaxy A7 (2016) around nine months ago. The second …