At long last, the Wi-Fi-only variant of the Galaxy Note 8.0 is beginning to receive the Android 4.2.2 update, almost two months after the 3G and LTE variants were updated. The update was reportedly making its way sporadically to a few users over the last few weeks, but it seems the rollout has started gathering steam only now, so you should be seeing the relevant notification on your Galaxy Note 8.0 pretty soon.

Apart from the usual changes and improvements that come as part and parcel of Android 4.2.2, including lockscreen widgets, Daydream screensaver mode, dedicated toggles page in the status bar, and more, the update includes stability improvements and weighs in at around 660MB. It’s available both over the air and via Samsung’s Kies, and you can also grab the full firmware from our firmware section to manually update. 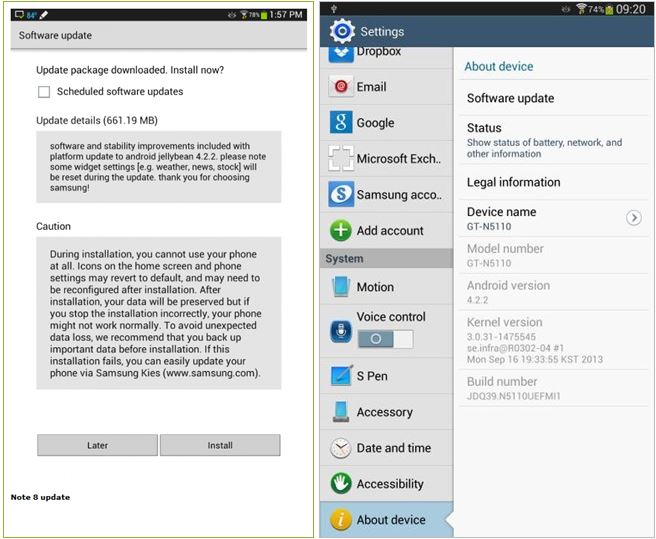 Android 4.4 KitKat rolling out to Wi-Fi variant of Galaxy Note 8.0

Galaxy Note 8.0 getting KitKat update in South Korea and Poland