The Galaxy Gear has already been confirmed by U.S. carriers, with T-Mobile launching the smartwatch on October 2nd, and now the watch has been found to be passing through the FCC, which hints at a launch on every carrier should be right on track in early October. The filing doesn’t reveal any new info, only mentioning that the Gear (model number SM-V700) sports Bluetooth connectivity, but still, it’s nice to see the proceedings are going smoothly for its North American launch.

The Galaxy Gear will act as a companion to the Galaxy Note 3, and sports a 1.63″ Super AMOLED display, 1.9-megapixel camera with 1080p video recording, single-core 800MHz Exynos processor, 512MB RAM, 4GB storage, a 315mAh battery, and Bluetooth and NFC connectivity. It can initiate calls, read messages and emails, track health-related activities, has S Voice built-in for creating alarms, loading apps, writing messages, and more, comes in a wide variety of colors, and will cost $299 at launch. 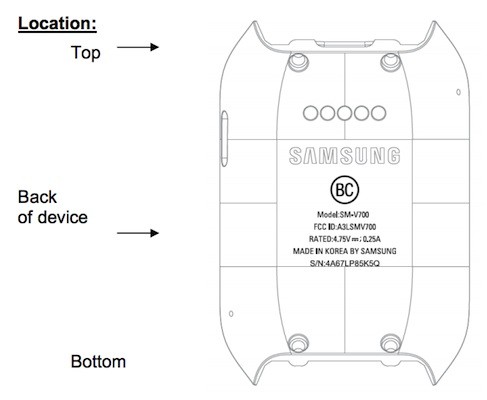