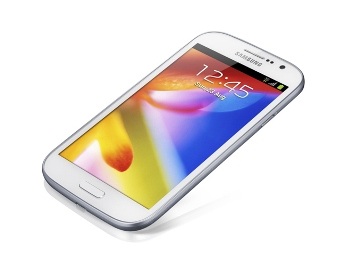 Well, the saga of the mid-range devices receiving an official taste of Android 4.2 before the high-end ones continues: Samsung has released the Android 4.2.2 Jelly Bean update for the Galaxy Grand DUOS in Russia. This comes after Samsung updated the Galaxy S II Plus, Galaxy Note 8.0, and the Galaxy Tab 2 7.0 to the newer Jelly Bean iteration.

The update’s build number is I9105PXXUBMG8, which is newer than the build that earlier leaked for the Grand. Android 4.2.2 brings new features such as lockscreen widgets, dedicated toggles menu in the status bar, improved task switching, Daydream screensaver mode, and performance enhancements. On the TouchWiz side of things, expect to see new widgets, homescreen and more from the Galaxy S4.

Here are the update details:

The update should be rolling out now but might take a few days to reach you. If you’re unwilling to wait, you can grab the full firmware from the source link and update manually via Odin (you can flash it on a Galaxy Grand from any country, but you might have to wipe all data after a manual install to make it boot if you’re flashing it on a device outside Russia).

Samsung has a plethora of phones and tablets in its lineup, and regularly releases firmware updates for various devices. These can include major updates, which bring a newer version of the OS to a particular device, or minor ones that improve performance and stability and fix bugs. Software updates for Samsung devices roll out in […]

Remember the 5.25-inch device that was leaked a few days back? As it turns out, Samsung has announced the device and it is none other than the Galaxy Grand successor. Samsung rightly calls it the Galaxy Grand 2 and brings in better hardware and new design. Galaxy Note 3’s stitched faux leather back has also […]