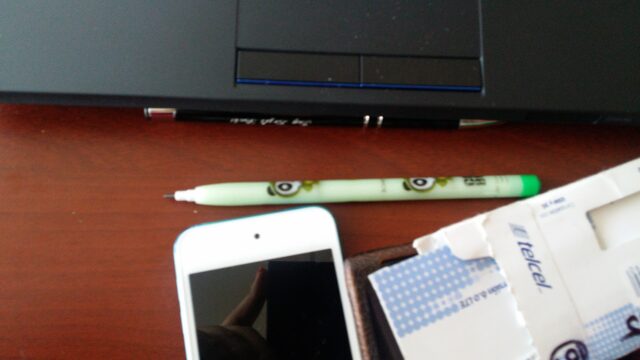 Well, here’s a lesson for anyone testing out an unannounced phone’s and not wanting anyone to know about it: make sure that phone’s reflection isn’t visible in the very picture it takes! A picture uploaded on Picasa with an SM-N9005 (the LTE model of the Galaxy Note III) shows what is a squarish device, visible through the reflection the glass of another phone caused while the photo was being taken.

Of course, this is by no means the final shape of the Note III, as the actual design is cleverly hidden by Samsung by using cases and making different prototypes, but with such a flurry of leaks that involve the Galaxy Note III, not to mention today’s report that the phone will be unveiled on September 4, we can rest assured that it is certainly Samsung’s next phablet we’re looking at here.

The Galaxy Note III is expected to have an octa-core Exynos 5420/quad-core Snapdragon 800 processor, 3GB of RAM, 1080p display of 5.7-6″, a 13-megapixel camera possibly with optical image stabilization, LTE-A (LTE-Advanced) connectivity, and Android 4.3 Jelly Bean with an improved TouchWiz UI.

Don’t forget to visit the source link to see some more pictures taken with the Galaxy Note III.