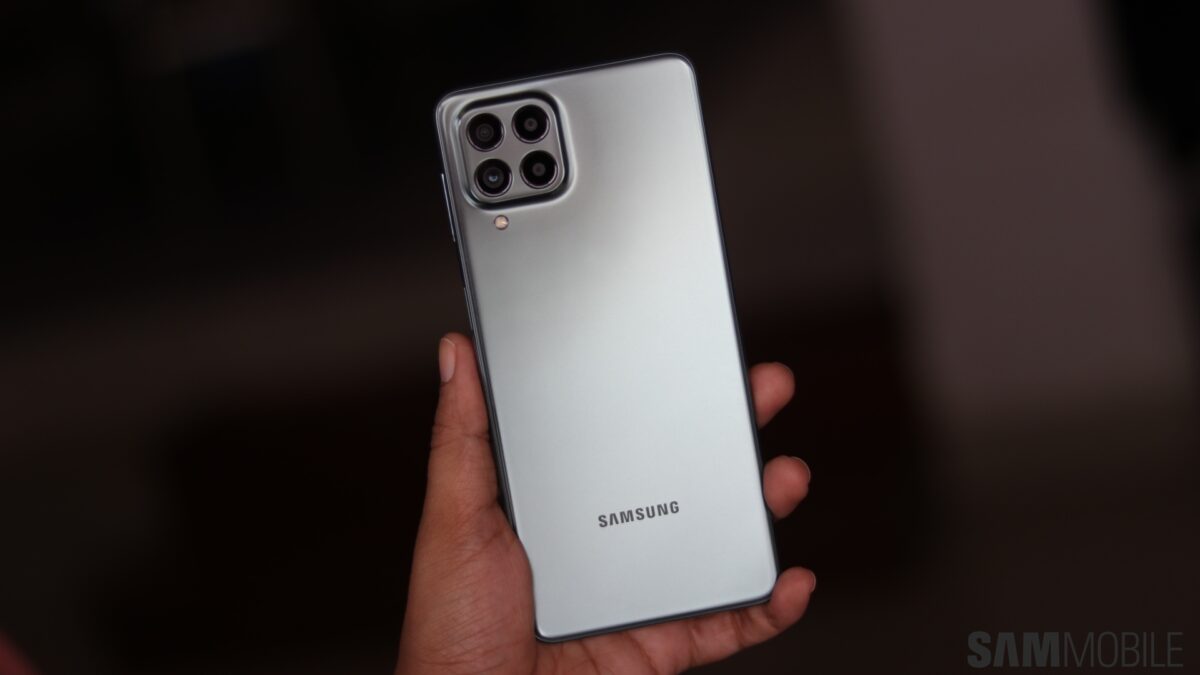 The Galaxy M52 5G was one of the best Samsung M series phones last year, and merely six months later, Samsung has already put its successor on the market. The Galaxy M53 5G is not exactly a proper upgrade when it comes to specs, though. While it replaces the M52’s 64MP main camera with a 108MP camera and adds a fourth camera to the back, it features the MediaTek Dimensity 900 chipset, which is not as powerful as the Snapdragon 778G chipset that sits inside the M52.

The Galaxy M53 comes with a higher price tag than the M52, but with the latter still available for purchase, is the newer model worth it? Time to find out, so let’s get this review started. 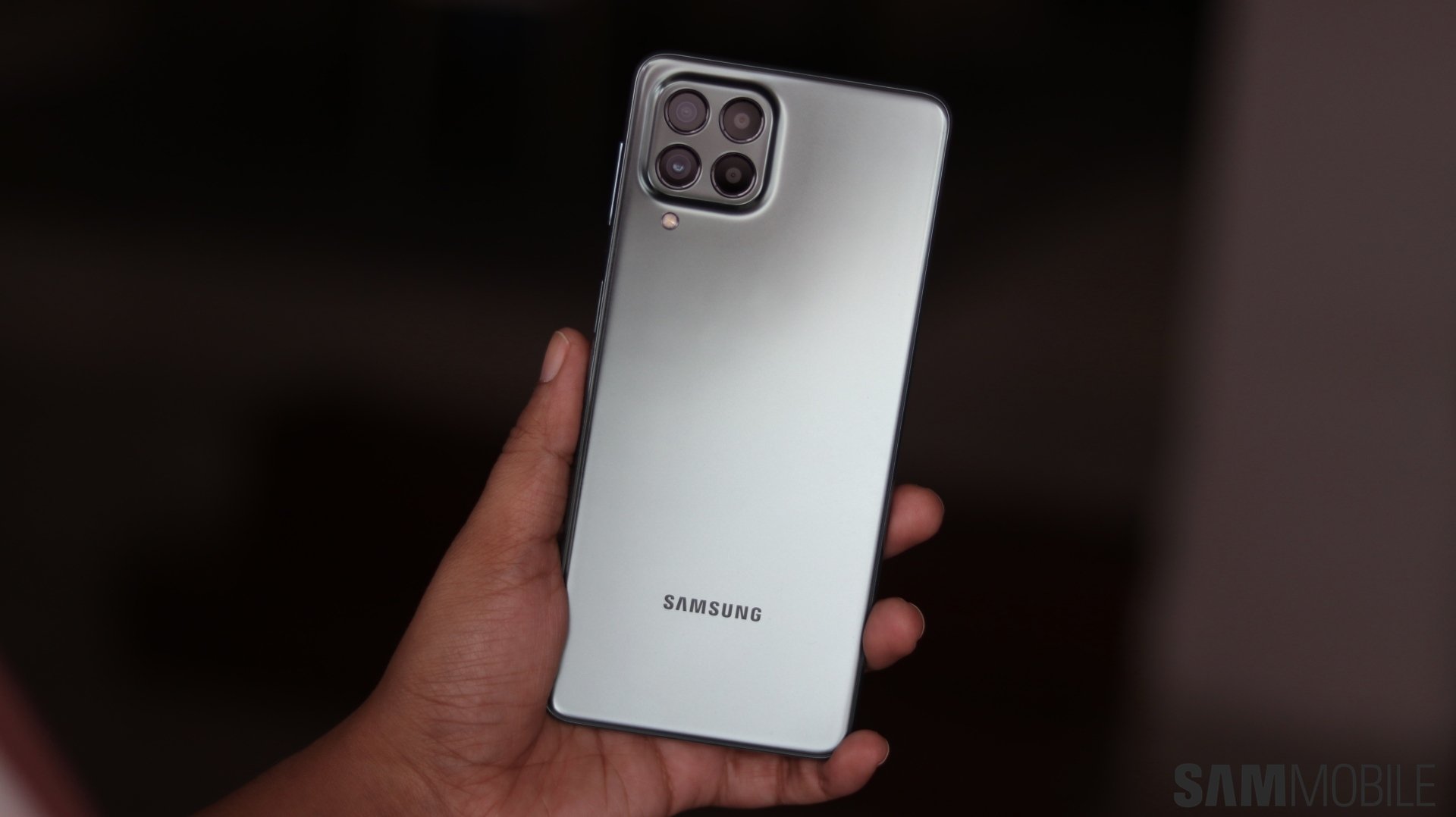 The Galaxy M53 5G is a strikingly beautiful phone. And while you miss out on a headphone jack and the battery isn’t that large compared to what you expect on M series phones in general, you forget all that when you pick up this phone and realize how impressively sleek it is, just like last year’s Galaxy M52 5G. It’s got plastic on the sides and back but the overall feel in the hand is that of a premium phone – full marks to Samsung when it comes to the design.

The Galaxy M53 5G is a strikingly beautiful phone

The one thing that I disliked is the shiny nature of the rear panel. Well, dislike may be too strong a word, because many will find it stunning, and a lot of the time I did, too. But I prefer the matte finish Samsung’s been using on many of its A series phones since last year and I wish Samsung would bring it over to the Galaxy M lineup. Or not, since it does allow the M series to stand out from the A series, which can be important considering just how many phone lineups Samsung has going right now. 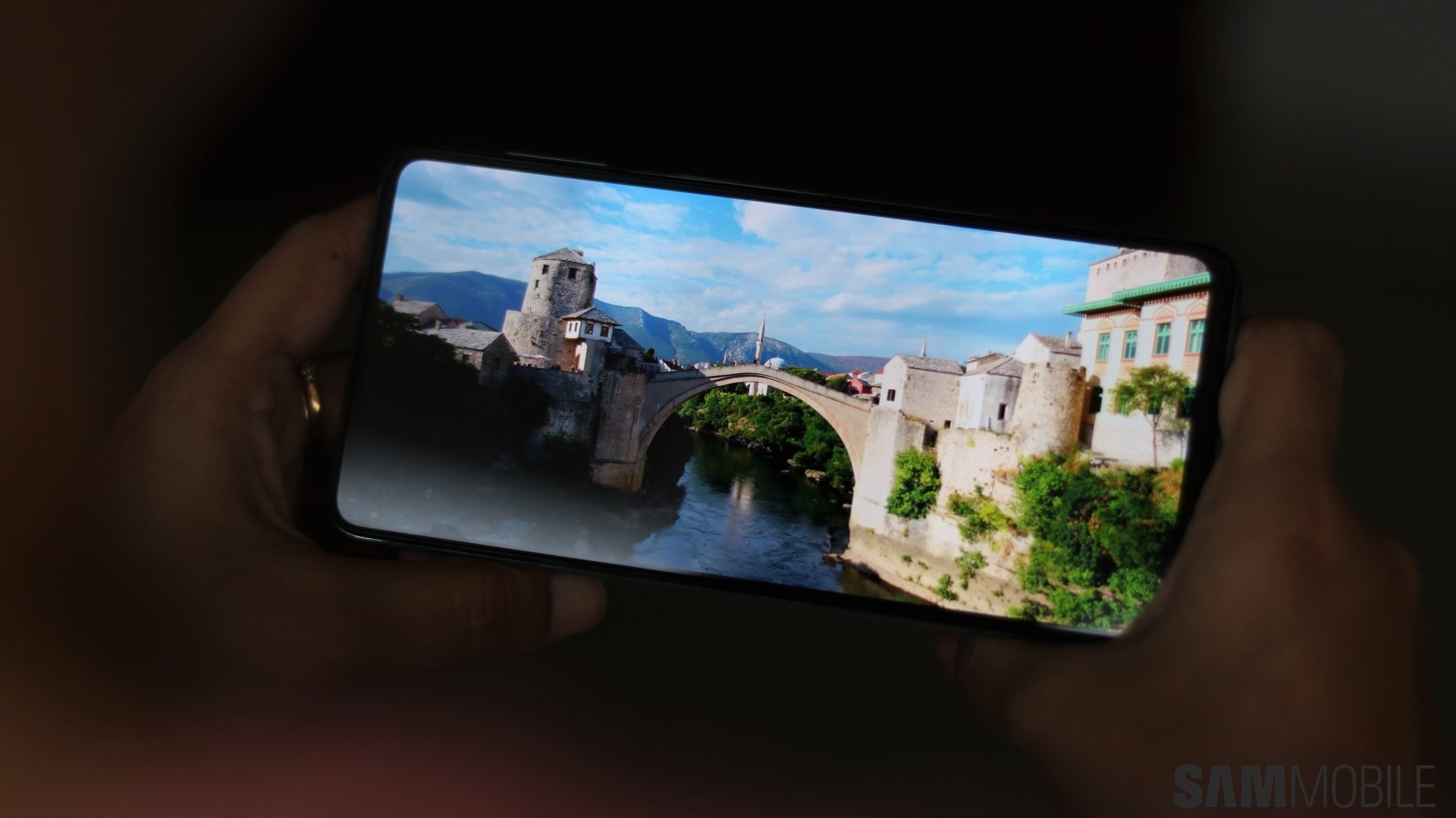 The Galaxy M53 5G has a 120Hz Full HD+ Super AMOLED display like the M52, and it’s just as amazing this time around, with vivid colors, excellent brightness levels (even if nothing record-breaking), deep blacks, and wide viewing angles. Yeah, that’s something we say about a lot of Samsung phones, but hey, it’s what you expect from the company’s AMOLED display panels.

The 120Hz refresh rate makes the user interface fluid and a joy to use. The screen’s refresh rate does stumble from time to time as the MediaTek Dimensity 900 processor, while good, isn’t as powerful as the Snapdragon 778G processor that powered the Galaxy M52 5G, but it doesn’t happen often enough to be a point of contention.

Samsung’s also kept the slim bezels around the display from the Galaxy M52 5G intact, so all in all, the viewing experience here is pretty fantastic, especially for the asking price. Sadly, I can’t say the same about the phone’s audio. There are no stereo speakers (the single bottom-firing speaker can get loud without distorting, but that’s all it has going for it) and the box comes with no USB-C earbuds, so you have to bring your own set of headphones and those are what will ultimately decide your listening experience. 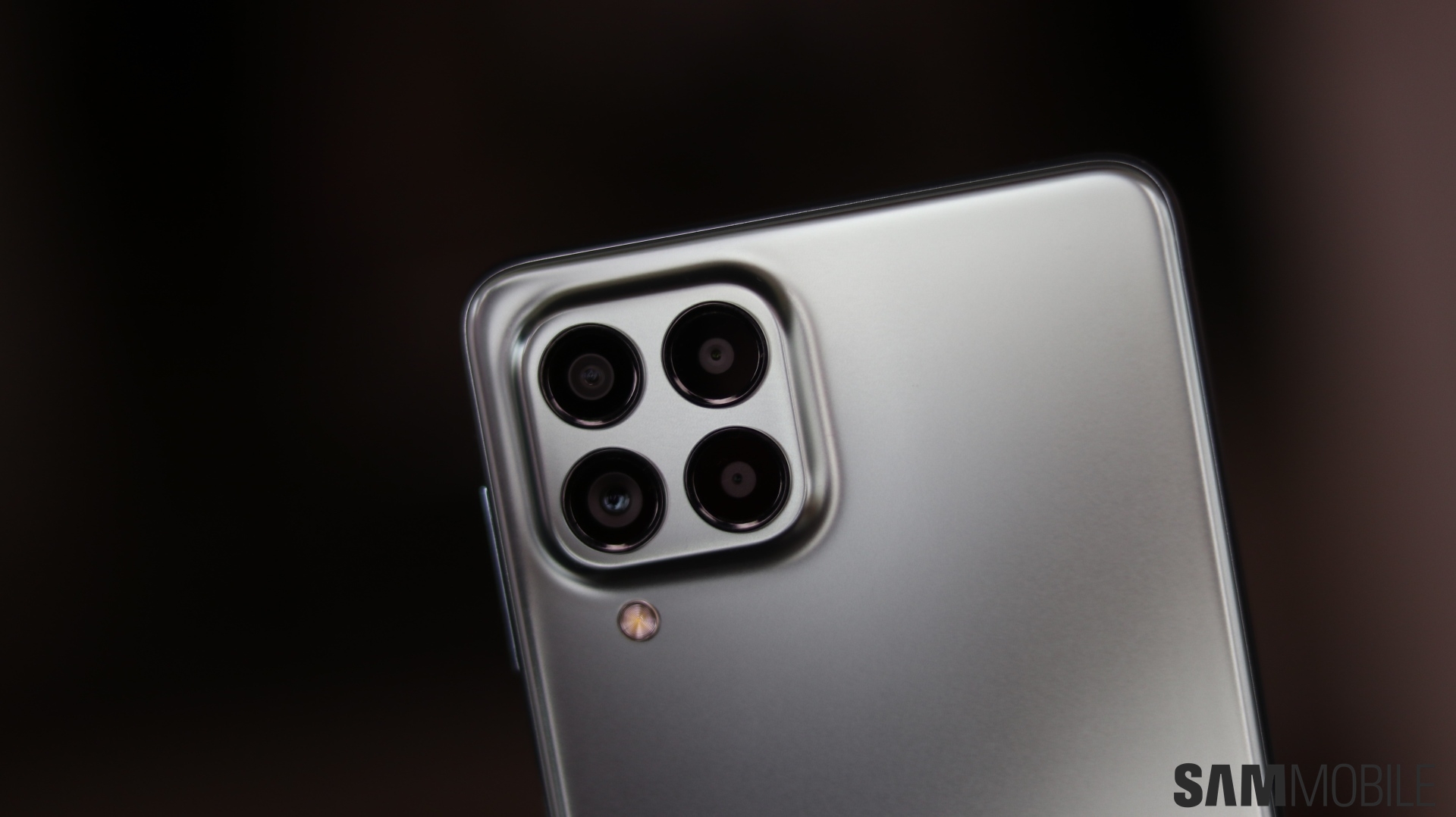 The camera experience on the Galaxy M53 5G is, in one word, disappointing. There’s a 108MP main camera at the rear, and that sounds great on paper, but the results just aren’t anything better than what you get on Samsung phones with 64MP cameras, including the M52 5G. It’s a far cry from the 108MP camera on the Galaxy A73, which actually works like the 108MP camera on Samsung’s flagships.

Daylight performance is strong, with good dynamic range, great detail, and noise-free images in the default mode, which clicks 12MP pictures. Switching to 108MP mode results in reduced dynamic range, and, frankly, not as much extra detail as you would expect, so it’s best to stick to default mode.

Nighttime shots come out fine, but again, they’re nothing close to what you would get on the Galaxy A73, the only other non-flagship phone from Samsung that features a 108MP camera. The phone seems to have a hard time keeping noise under control when there isn’t enough light around. In fact, the dedicated Night mode, which technically should fix noise while brightening up the image and making things sharper, often just dialed up the brightness, resulting in noisier and far less pleasing images compared to those taken in the regular Photo mode.

To sum up, pictures from the main camera are just not anything better than what you got on last year’s Galaxy M52 5G, and the high megapixel count is just a gimmick. As for the other cameras, the 8MP ultra-wide and the 2MP macro camera produce images pretty similar to what you find on other recent mid-range Galaxy phones, such as the Galaxy M33 5G, so I would suggest checking out our review of that phone for more details. The same goes for the 32MP selfie camera, as well.

The gallery below has pictures shot with the main camera; there are also ultra-wide snaps of some scenes next to their non-ultra-wide counterparts, along with a couple of selfies.

The Galaxy M53 5G also has a 2MP depth camera for bokeh pictures, but I don’t think it does a very good job. Edge detection was hit and miss, especially when I captured photos of my dog. The bokeh pictures look good on the phone’s screen, but put them on a monitor or TV and the issues become clear. Below are some portrait shots that you can check out. 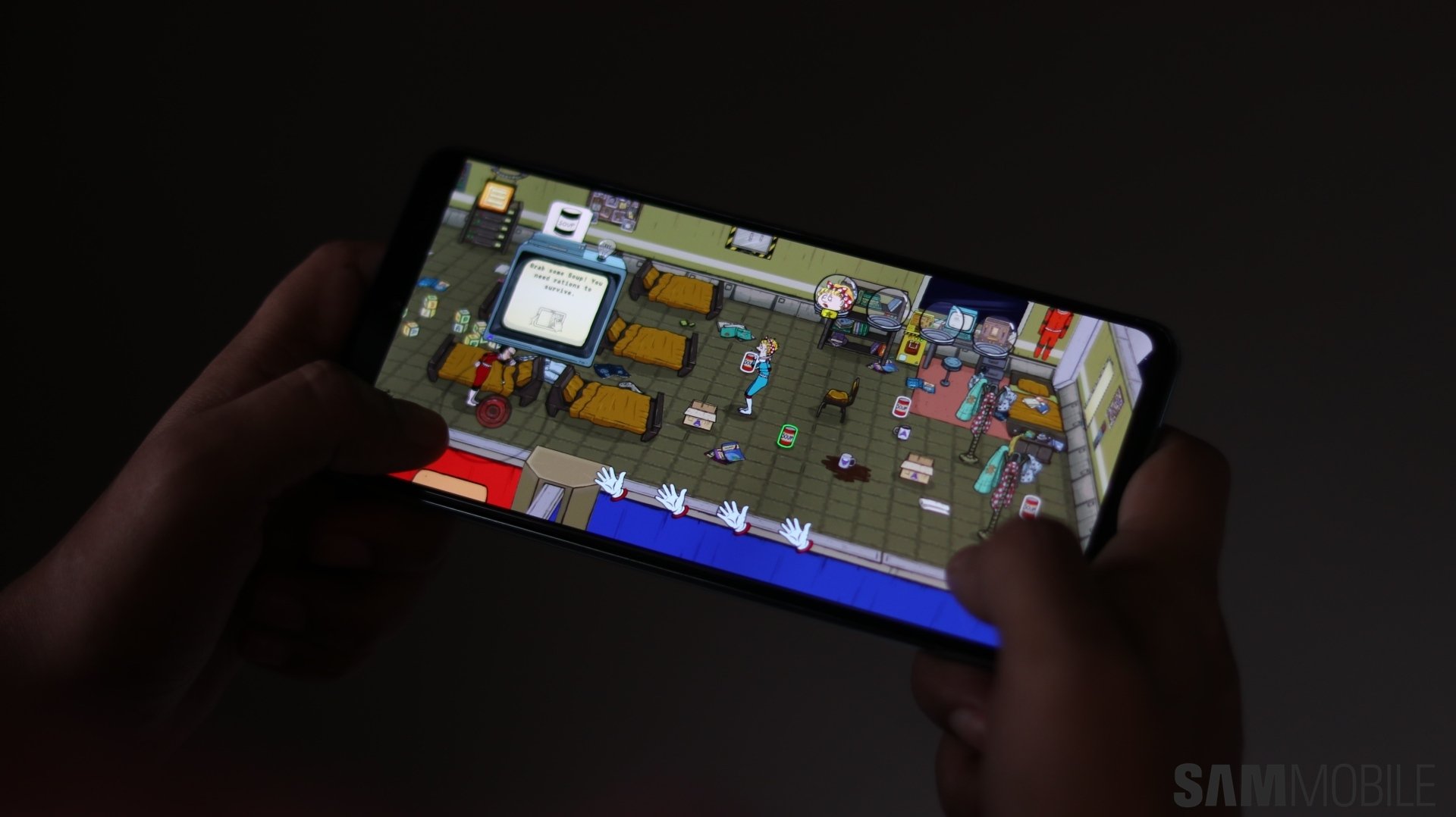 The MediaTek Dimensity 900, on paper, is a downgrade from the Snapdragon 778G that powered the Galaxy M53 5G. But in the real world, I don’t think there’s any big tangible difference in regular use. I noticed that apps tend to stay a little too long on the splash screen before you can use them, which basically means apps load a little slower, but this was only truly noticeable with some apps, such as Facebook and Instagram.

The camera app has a little lag, too, when it comes to how quickly it loads up and lets you capture a shot. This is something Samsung could improve with software updates, but that hasn’t happened often with previous Galaxy phones so I wouldn’t be too hopeful here. Just to be clear, the Galaxy M52 5G had camera app lag, too, in case you’re wondering.

However, the Galaxy M53 5G is somewhat of a downgrade over the M52 5G when it comes to gaming, at least in high-end titles like Call of Duty: Mobile. That game does run well, but it limits the graphics options available to you so you can’t get the best visuals. Simply put, the M53 5G will run most games well, but it’s not as good as the M52 5G for your gaming needs, which is something to keep in mind if you’re looking to buy the newer model. 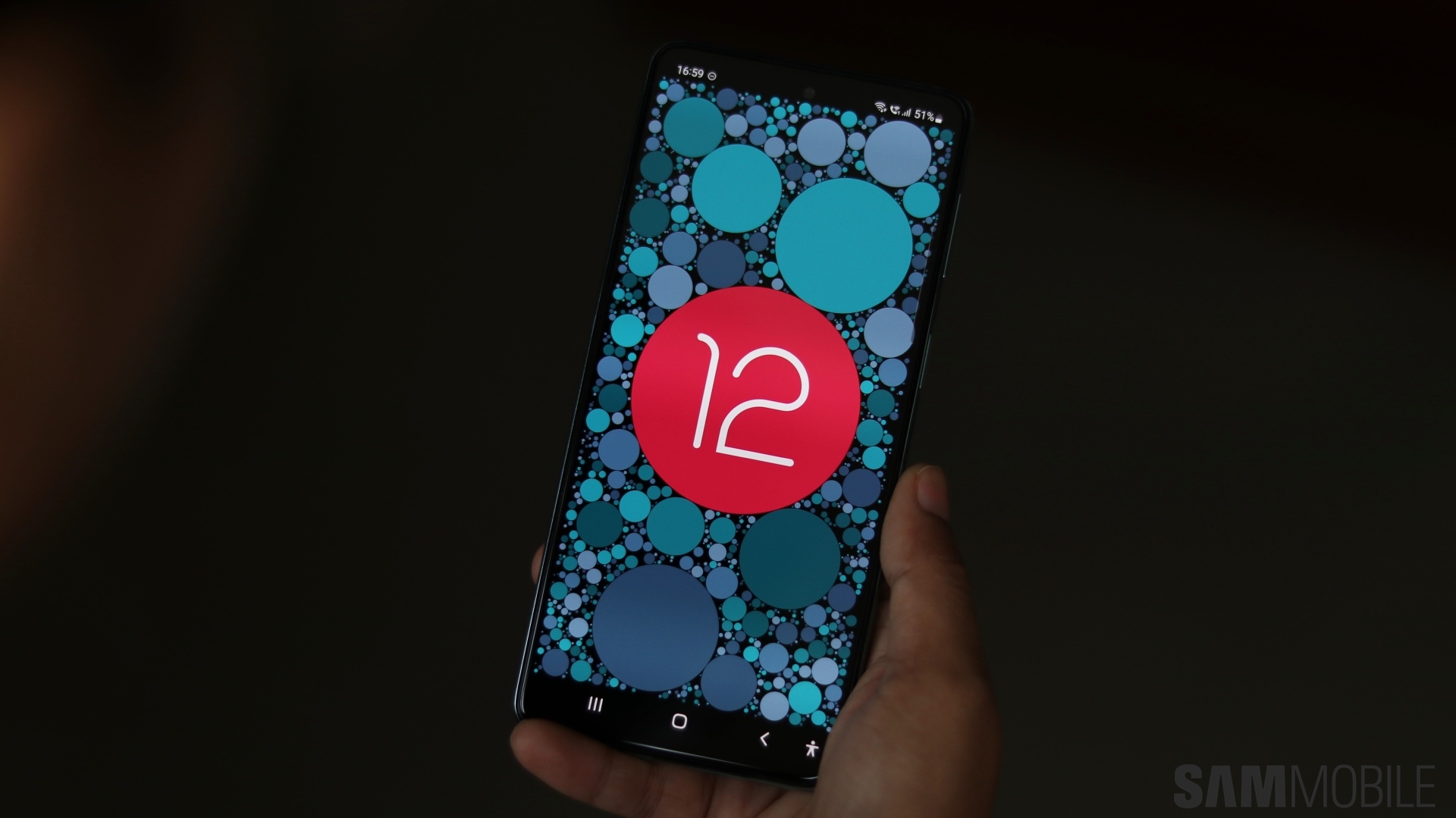 The Galaxy M53 5G comes running Android 12 with Samsung’s One UI 4.1 out of the box and gives you most of the features you expect from Samsung’s mid-range phones these days. Unfortunately, it seems the phone does not come with NFC, so you don’t get the full Samsung Pay experience, at least in India. The M53 5G also isn’t going to be supported that long – two major OS upgrades are what it will get from what we know, so update support is not going to match up to what Samsung is offering on some of its A series phones. 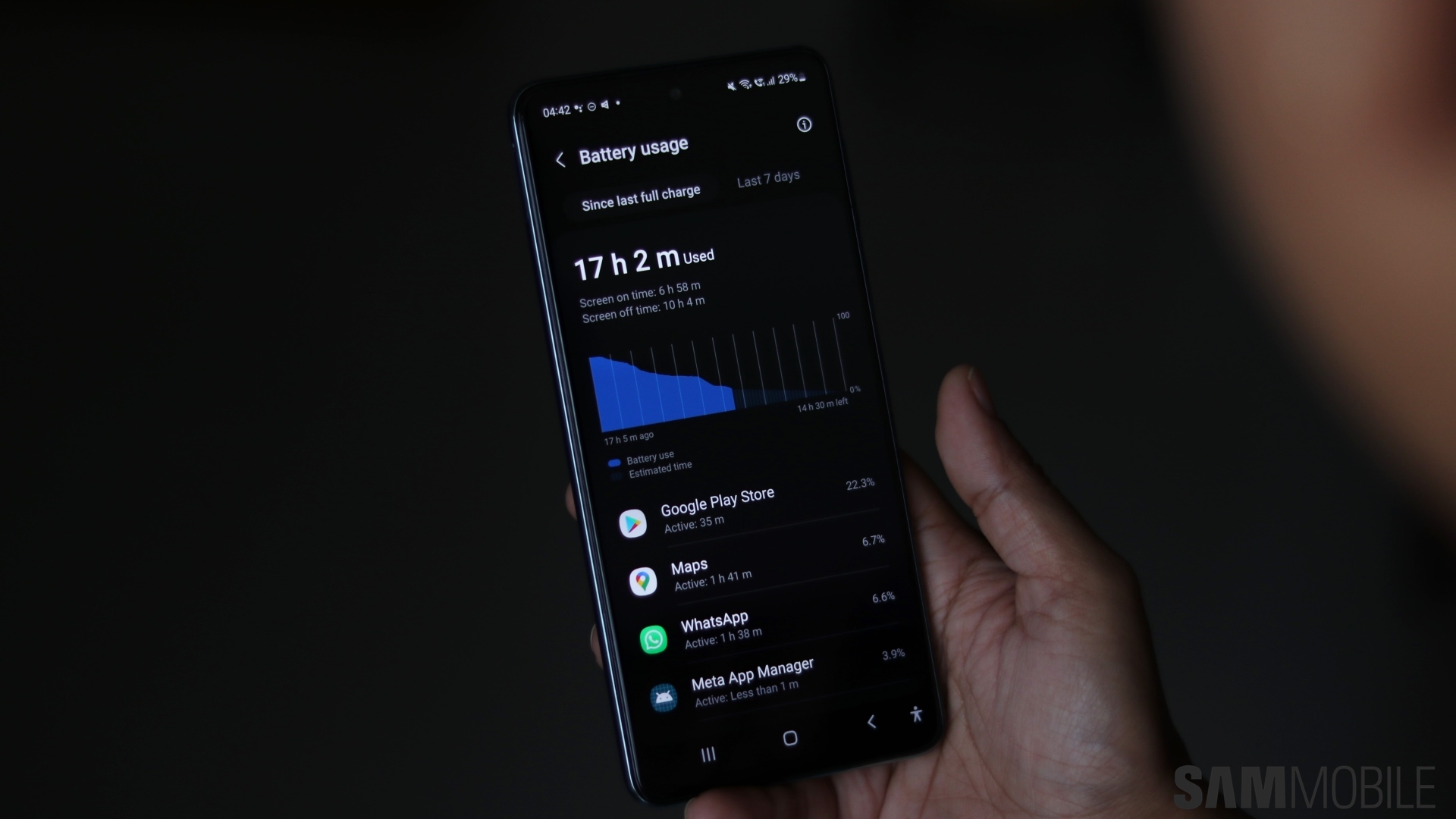 The 5,000 mAh battery on the Galaxy M53 5G can last all day long on most days, with up to 8-9 hours of screen on time and plenty of aggressive use. You may need to charge it by late evening if you decide to game or use mobile data all day long, but most folks will find the battery life to be excellent.

The M53 also charges quickly if you use Samsung’s 25W charger (you don’t get a charger in the box so you have to buy one separately). The battery reaches almost 50% charge in 30 minutes, and 60 minutes of charging gets it up to around 85%. As for a full charge, the 25W charger takes around 90 minutes in total. 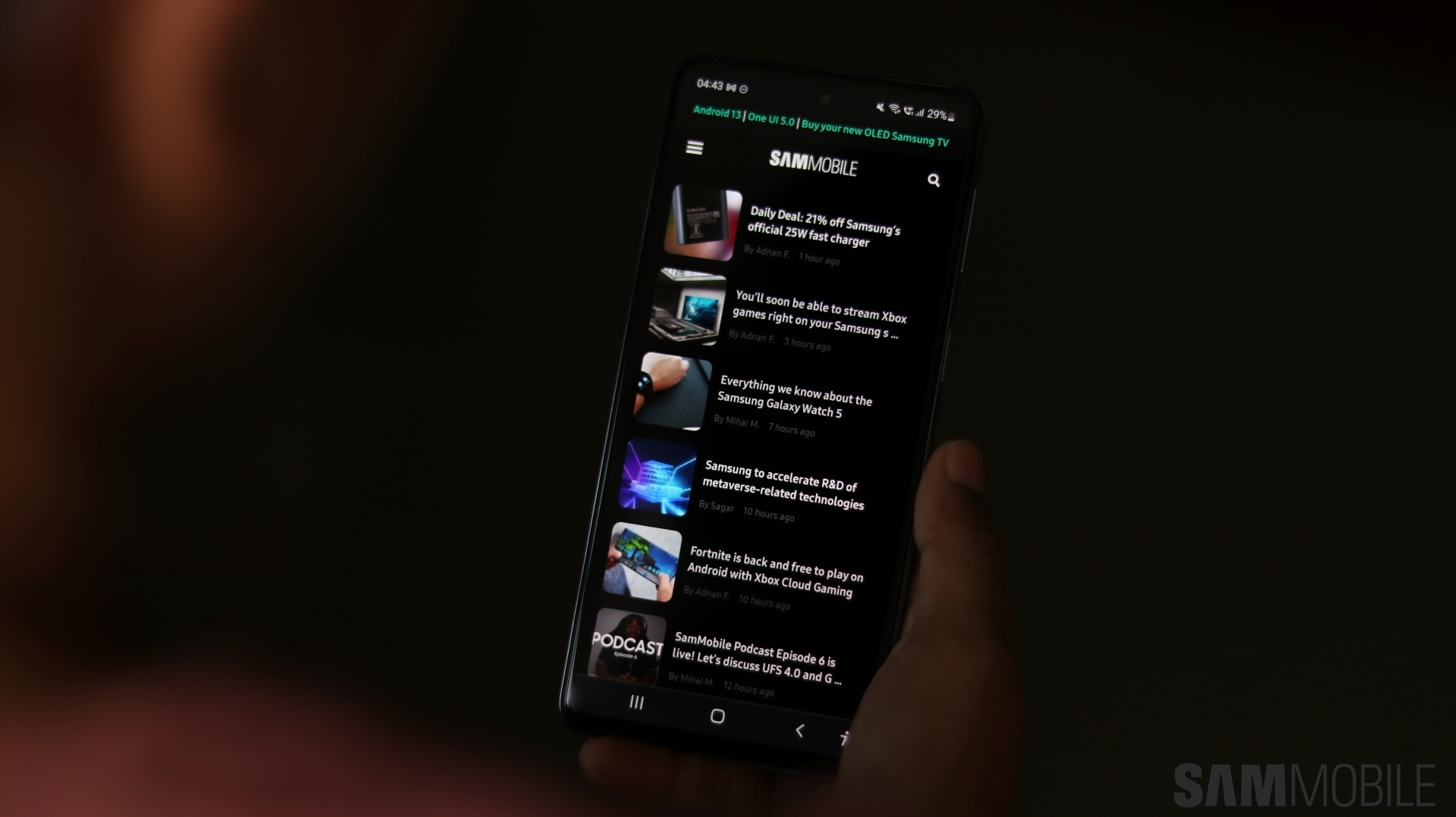 Alright, verdict time. As mentioned at the beginning of this review, both the Galaxy M53 5G and the Galaxy M52 5G are available for purchase at the time of this writing. Which one should you pick up? Well, the answer’s short and sweet: If you’re okay with the fact that you won’t get OS upgrades past Android 13, there’s pretty much no reason to get the Galaxy M53.

Even if you do care about getting newer software out of the box, I’d still say the M52 is the better pick. The M53’s 108MP camera simply does not give you any tangible benefits, and its MediaTek processor isn’t as good as the M52’s Snapdragon chip, especially for gaming. The M53 also misses out on NFC support (so no card support in Samsung Pay), and thanks to the processor downgrade, it lacks Wi-Fi 6 support, as well.

Samsung’s basically shooting itself in the foot here by keeping both models on sale, and the M53 5G seems to exist just because Samsung can’t fight the urge to launch a new handset every few months, whether it truly brings any meaningful upgrades or not. The Galaxy M53 5G is a good phone, but unless the M52 goes off the market, it’s not easy to recommend.