Samsung was developing two more Exynos custom cores before the company shut down its custom CPU development arm. SamMobile reported on the unannounced M6 and M7 cores a couple of months ago, and now it turns out that Samsung had the M6 custom core fairly deep in development when it pulled the plug on its operations in Austin.

In a paper called Evolution of the Samsung Exynos CPU Microarchitecture written by numerous ex-Samsung Austin engineers, a few key specifications of the M6 custom core were revealed. The M6 sounds like it could’ve been a powerful beast, at least on paper, no pun intended. But it needs to be stressed that there’s no guarantee for the M6 to still be on track for a commercial release.

Samsung’s M6 custom silicon was supposed be built on a 5nm process node. The CPU core had a frequency of 2.8GHz, same as the existing M5 core beating at the heart of the Exynos 990. However, the M6 had 128KB L1 cache, 2MB L2 cache shared between 2 cores, and 4MB L3 cache.

Interestingly enough, the paper also mentions that  Samsung’s goal throughout the existence of the Exynos custom cores was to improve performance across all types of workloads, as seen in one of the images below. According to the source material, the average IPC (instructions per cycle) of the M1 custom core is 1.06, while the M6 has an average IPC of 2.71.

Even though these specs are promising, we may never know the true potential of the M6 custom core in the real world. Samsung might pull a rabbit out of the hat and release the M6 core next year as the last big thing to come out of its Austin R&D Center, or the company may have already shelved this project. If there’s going to be more to this story, we’ll let you know. 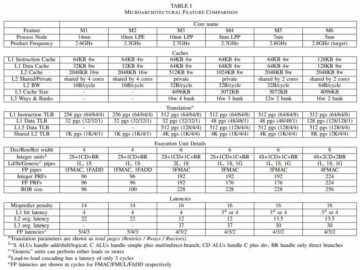