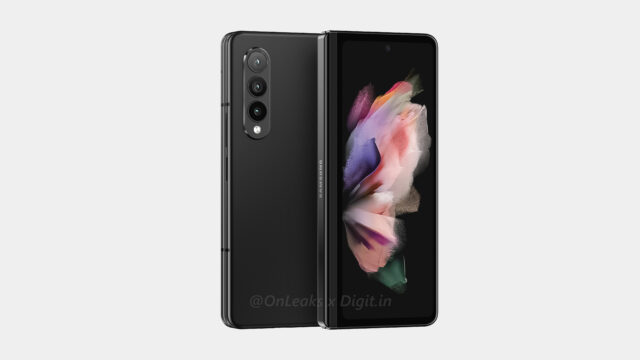 We’ve seen renders of the Galaxy Z Fold 3 and Galaxy Z Flip 3, we’ve heard their specs, and we’ve heard about their surprisingly attractive pricing (thanks to our dependable sources) in various leaks in the past couple of months, but today’s “leak” is something entirely different, one that you don’t see very often.

A tipster on Twitter has revealed what could be… wait for it… the track that Samsung will use for the official introduction video of its new upcoming foldables! You know, those (usually) hip, upbeat songs that Samsung chooses every year to introduce its latest flagship to generate excitement? They’ll apparently make a comeback this year.

Samsung has reportedly chosen the opening track from the The Greatest Showman, a movie starring Hugh Jackman, the guy who immortalized the character of Wolverine in the long-running X-Men film franchise. The song is called The Greatest Show, and it’s considerably more upbeat than the classical orchestral track Samsung selected for the Galaxy Z Fold 2’s so-called launch film last year.

At this point, the only thing that’s left for Samsung to do is announce the official prices for the Galaxy Z Fold 3 and Galaxy Z Flip 3, as everything else is more or less already out there for everyone to see. Well, we would also like to hear about the new software features Samsung will introduce to take advantage of the foldable form factor, though we’ll keep our fingers crossed that at least that information manages to stay under wraps until Samsung’s Unpacked event in August.

Check out the track from The Greatest Showman on Spotify or on YouTube.