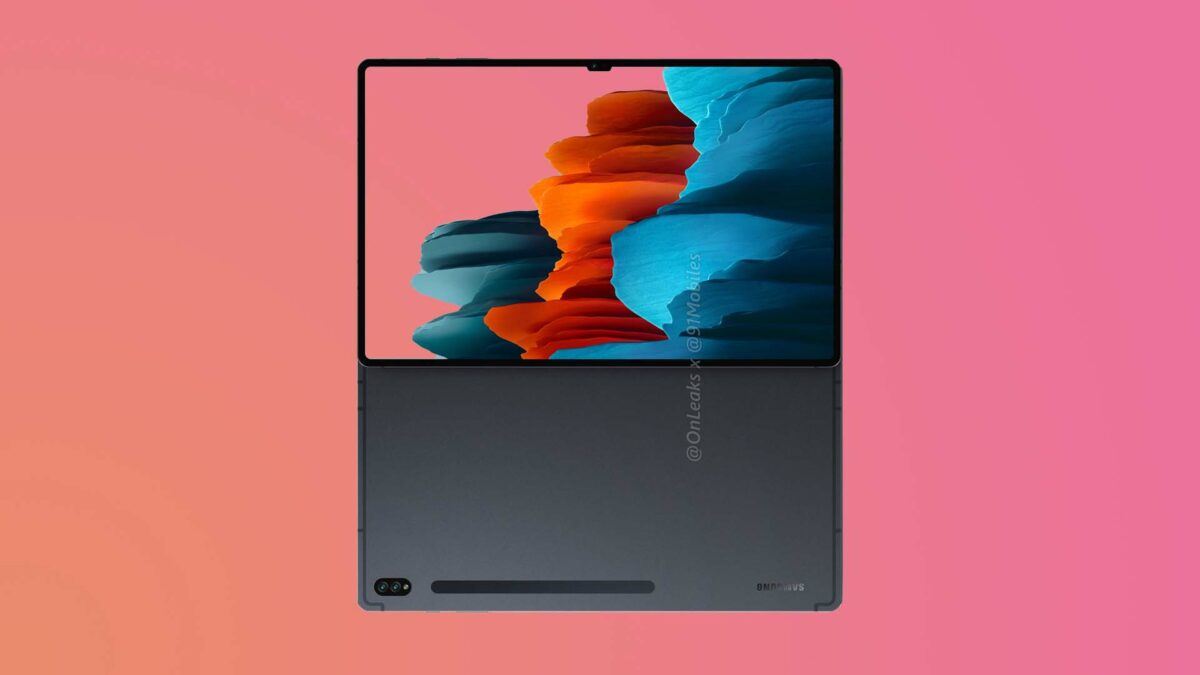 Evidence shows that Samsung is developing its first “Ultra” tablet, i.e., the Galaxy Tab S8 Ultra. Leaks suggest that this new entry in the Tab S series features a bonkers selfie camera, the latter of which is embedded in a notch that breaks the symmetry of the rectangular display. But, more importantly, a new rumor has it that the Galaxy Tab S8 Ultra’s selfie camera borrows a key feature from its foldable phone series, namely Auto Framing.

When enabled, Auto Framing keeps track of the subject using pan and zoom as they move around. It’s a great feature that debuted with the Galaxy Z Fold 2, and it pairs well with Flex Mode. Auto Framing is not available outside of Samsung’s foldable phone range, but it may not remain exclusive forever.

Now, the source compares this new Galaxy Tab S8 Ultra feature to Apple’s ‘Center Stage,’ which is found on the iPad Pro, but Samsung will most likely call it Auto Framing. It remains to be seen if the Galaxy Tab S8 Ultra will build upon this feature with new additions, but regardless, its inclusion may explain the need for a display notch.

We compared the Galaxy Tab S7 and iPad Pro (2021) a few months back, and as far as the cameras are concerned, we gave Apple the win for a few reasons, one of which was Center Stage. With Auto Framing presumably coming to the Galaxy Tab S8 Ultra, the tables could be turning in Samsung’s favor.

The Galaxy Tab S8 Ultra is shaping up to become Samsung’s best premium tablet yet, borrowing from the Galaxy fold series — even though it doesn’t have Flex Mode — to ultimately compete with the iPad Pro.

Likewise, if Samsung makes Auto Framing available to the Galaxy Tab S8 Ultra, then maybe the Galaxy S22 Ultra (and other Galaxy models) will get the same treatment. We’ll keep you posted.