Two of the largest mobile carriers in the USA – Sprint and T-Mobile – have completed their merger just a few weeks ago, and Samsung fans who own the Galaxy S20 5G from Sprint will soon experience the benefits of this deal. The Galaxy S20 5G offered by Sprint will be the nation’s first smartphone to gain access to 5G on both Sprint’s and T-Mobile’s networks.

Sprint’s 2.5GHz mid-band 5G network serves 20 million people in nine cities across the USA, while T-Mobile offers 5G in over 5,000 cities and towns across ‘more than one million square miles.’ According to T-Mobile’s CTO, Neville Ray, Sprint customers owning Samsung’s latest 5G flagship will be able to access this entire infrastructure beginning later this month. 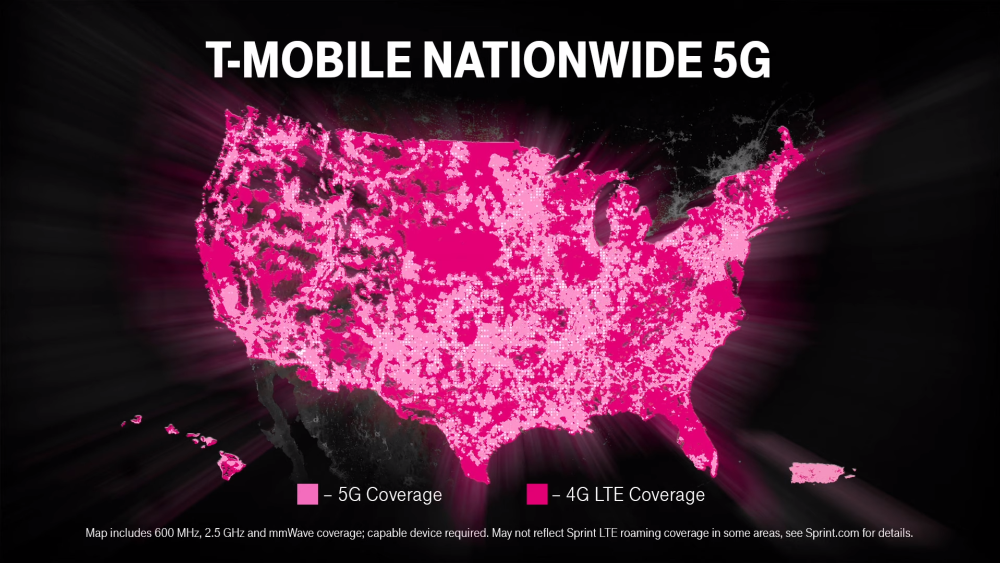 T-Mobile will continue expanding its 5G coverage, with customers in New York expected to become the first in the country with access to low-band, mid-band, and mmWave 5G. However, it’s worth reminding that the Galaxy S20 5G doesn’t support sub-6GHz mmWave 5G connectivity, unlike the unlocked Galaxy S20+ 5G and Galaxy S20 Ultra 5G.

T-Mobile is also expanding its nationwide 5G network into Detroit, Columbus, Ohio, and St. Louis. But this merger also brings benefits to existing LTE users, as Sprint customers can already tap into T-Mobile’s LTE infrastructure across the country.