Samsung has embraced the Star Wars universe in its own way, first by launching an ad to promote its Galaxy ecosystem along with Star Wars: The Rise of Skywalker, and then by announcing a full-fledged Galaxy Note 10+ Star Wars Special Edition.

Now, if you’re a fan of both Samsung and Star Trek then you might feel a bit left out in light of these events. But fret not, there are still plenty of ways for you to show your love of the Star Trek universe using official smartwatch and smartphone themes, icon packs, Always on Displays, and even stamps for your photos and videos.

Galaxy Themes has plenty of goodies for Trekkers

CBS Studios launched a couple of new Star Trek: Discovery and Star Trek: Mirror Universe stamp sets throughout November, and if this is the first time you’re hearing about them then you might want to check them out on the Galaxy Store. They aren’t free of charge (none of the items mentioned in this story are) but they look very nice indeed and they could make for interesting additions to your photos and videos. 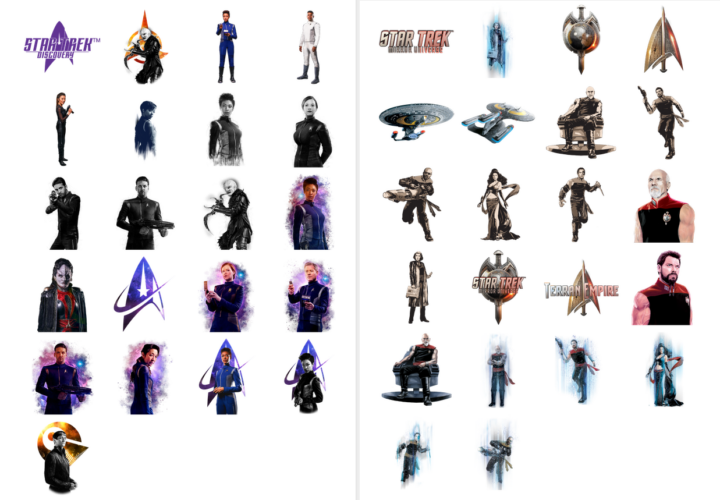 Now, if you’re more interested in customizing your phone then you might be happy to learn that the Star Trek: Captain Kirk theme was also added to the Galaxy Themes Store earlier this month to complement the existing Star Trek: Spock theme. They come with different icon designs as well as appropriate yellow and blue color schemes. 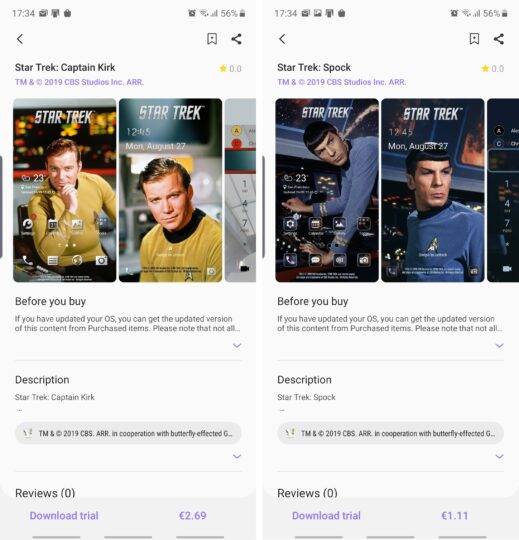 There are plenty of other themes to choose from for The Next Generation, Enterprise, Discovery, as well as the Mirror Universe. As usual, buyers can acquire full themes or buy icon packs, wallpapers, and Always on Displays separately. You can go one step further into customization and mix and match different components of various themes together if that’s your thing. 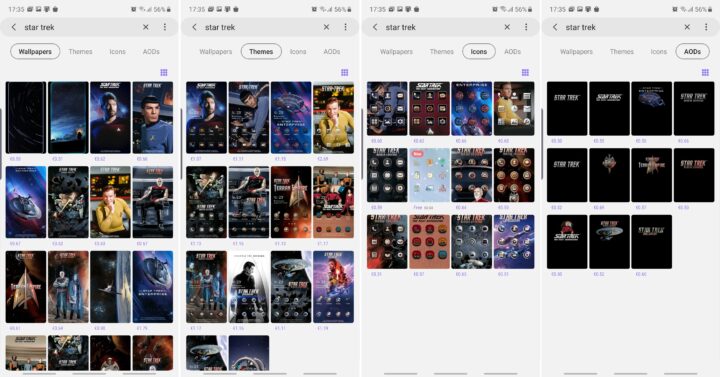 Remember that these Galaxy Themes and Icons can be downloaded in trial mode and used for 10 minutes; that way you can see for yourself how a theme would look like on your Galaxy smartphone before you engage and make a purchase.

Are there any Star Trek fans among our readers? Do you like or own any of these themes and goodies? What other Star Trek-related themes would you like to see on the store? I, for one, wouldn’t mind if they’d add a Q theme. Join us in the comment section below.