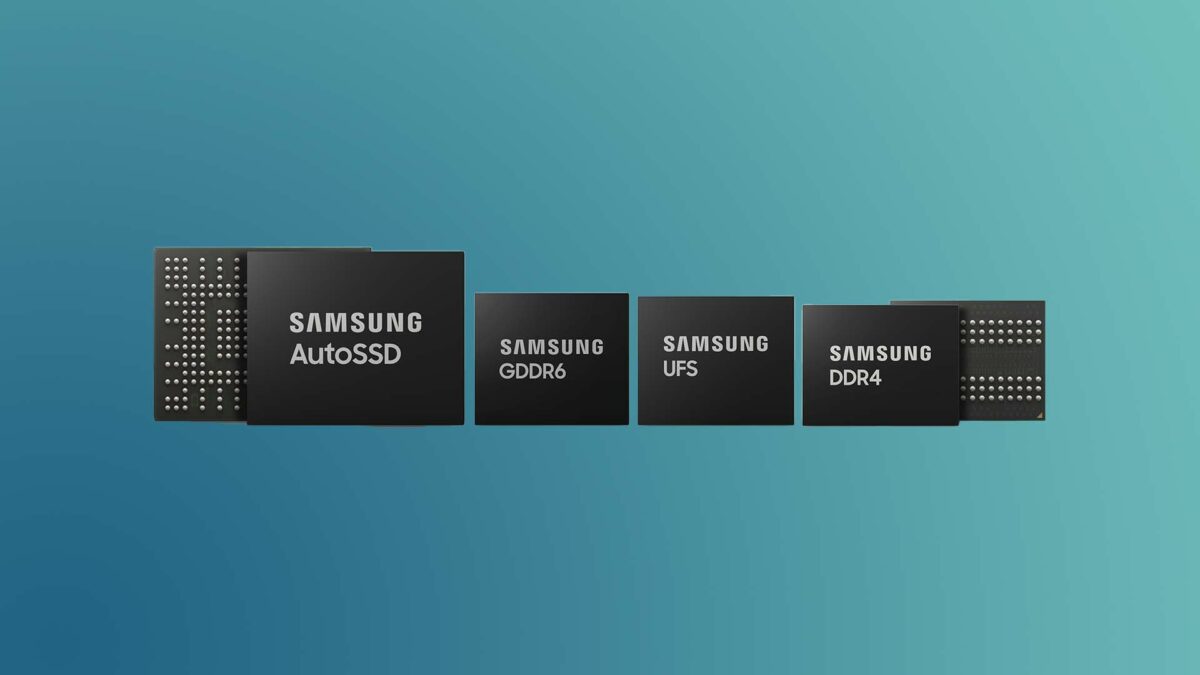 Samsung, the world leader in semiconductor memory chips, has announced that it has started the mass production of four new chips for next-generation autonomous vehicles. The company’s new lineup includes an SSD, a UFS storage chip, GDDR6 graphics memory, and DDR4 RAM.

The South Korean firm’s new 256GB PCIe Gen. 3 NVMe SSD, 2GB DDR4 DRAM, GDDR6 DRAM, and 128GB UFS storage are designed for next-generation in-vehicle infotainment systems. The company said that the popularity of high-definition maps, video streaming, and 3D gaming is increasing in autonomous and connected cars, and that’s what the company is targeting with its new memory chips.

Moreover, the company’s new automotive memory products have the AEC-Q100 qualification. It means that they pass the global automotive reliability tests and operate flawlessly even in extreme temperatures (-40°C to +105°C), which is crucial for automotive semiconductors.

Jinman Han, Executive VP and Head of Memory Global Sales & Marketing at Samsung Electronics, said, “With the recent proliferation of electric vehicles and the rapid advancement of infotainment and autonomous driving systems, the semiconductor automotive platform is facing a paradigm shift. What used to be a seven to eight-year replacement cycle is now being compressed into a three to four-year cycle.”