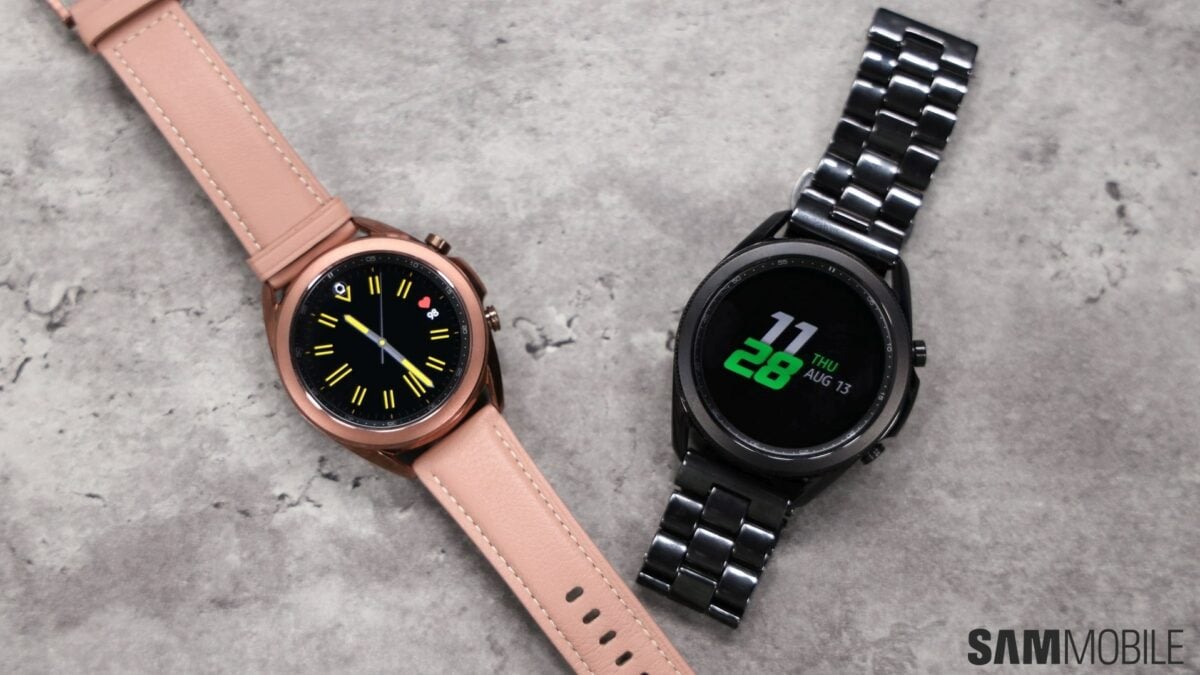 Samsung unveiled the Galaxy Watch 3 last month, and the reviews have been quite positive. However, the company’s market share in the smartwatch and activity tracker segment has been dropping. In North America, the South Korean firm’s market share halved in Q2 2020 compared to the previous year.

According to a new report from market analysis firm Canalys, Samsung’s share in the wearable band segment dropped from 10.6 percent in Q2 2019 to 5 percent in Q2 2020. The company managed to ship just 0.4 million smartwatch and activity trackers during the second quarter of this year, and that’s a drop of 48 percent. In comparison, Apple shipped a whopping 3.2 million Apple Watches, capturing a 37.6 percent share of the market. The Cupertino-based firm had shipped 2.9 million Apple Watches in Q2 2019.

Google-owned Fitbit still has a considerable market presence in North America. It shopped 1.6 million wearable devices in Q2 2020 and captured a market share of 19.3 percent. Its market share dropped 12 percent, though. Garmin managed to ship 0.7 million wearable bands in the second quarter of this year. Its shipments increased by 27 percent compared to the numbers from Q2 2019.

Lesser known brands accounted for 28.1 percent shipments. Recently, Amazon announced its own activity tracker, Halo. American consumers seem to have invested in sub-$50 activity and fitness trackers during the pandemic. Canalys thinks that there will be a clear separation between casual fitness trackers and more advanced health tracking bands in 2021. 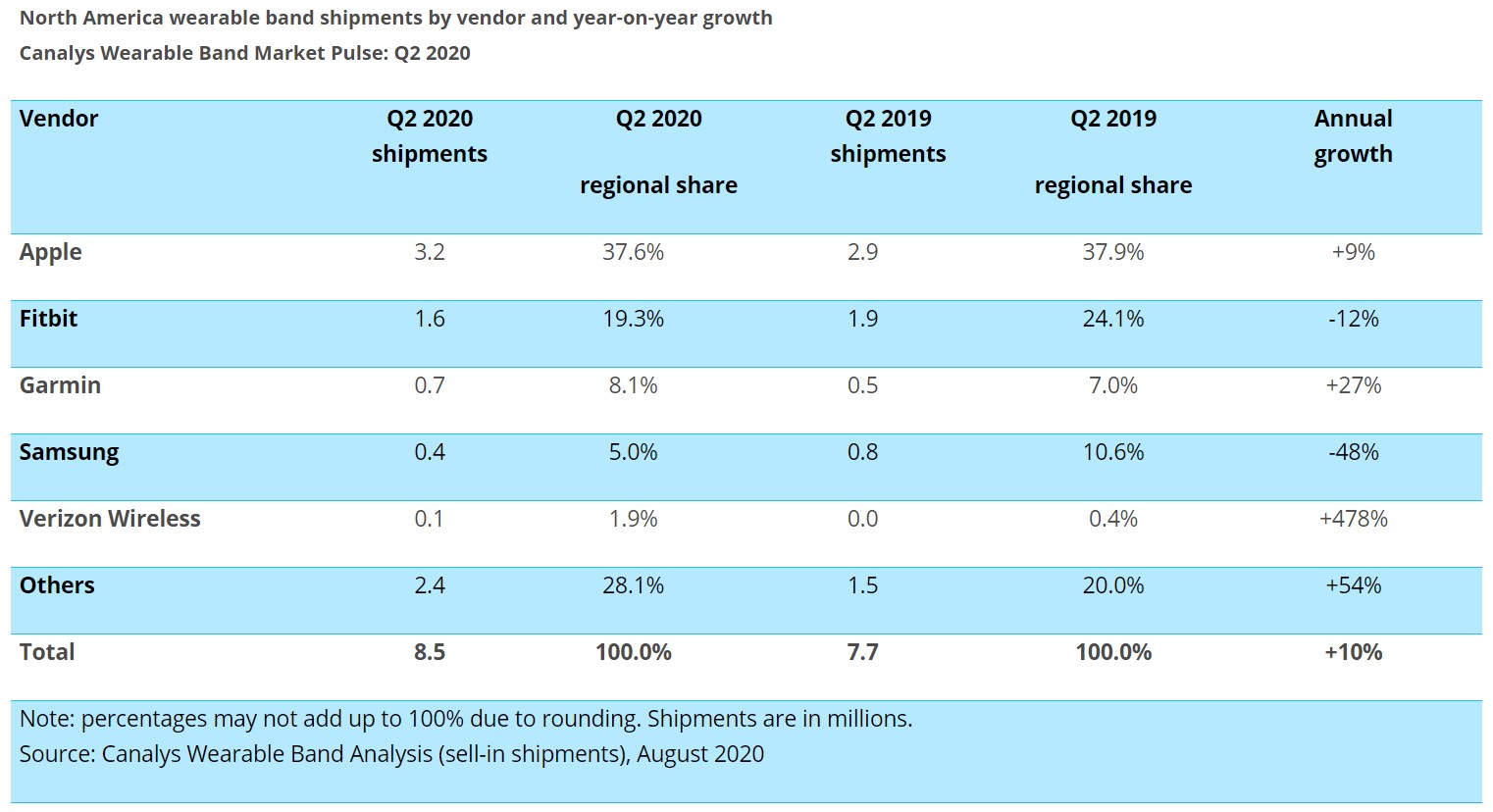